Andorra joined the H2PiyR program promoting the use of hydrogen as an automotive fuel • All PYRENEES · France, Spain, Andorra 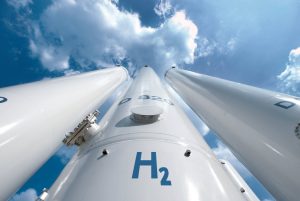 Andorra has made another step towards the promotion of the program of the use of hydrogen as an automotive fuel, joining the project H2PiyR. Catalonia, Aragon and the region of Languedoc-Roussillon-Pyrénées have been already members of this program. The program is designed for the period until 2020 and is funded by the European Union. The budget is about 3.9 million euros.

The goal of the program H2PiyR – demonstration of the advantages of using hydrogen as a vehicle fuel, the establishment of a network of filling stations in Europe, promoting innovative technologies to reduce emissions.

All researches in the framework of this programme are being conducted by the Spanish division of the international Applus+ IDIADA, French EDF and Ondulia supported by the municipality of province of Huesca (Huesca, northeast Spain).

In the nearest future the programme suggests the establishment of the stations for the development of clean hydrogen from renewable energy sources. The stations will be located in Andorra, Tarragona, Zaragoza, Huesca, Aragon and the French Department of Ariege (South of France).