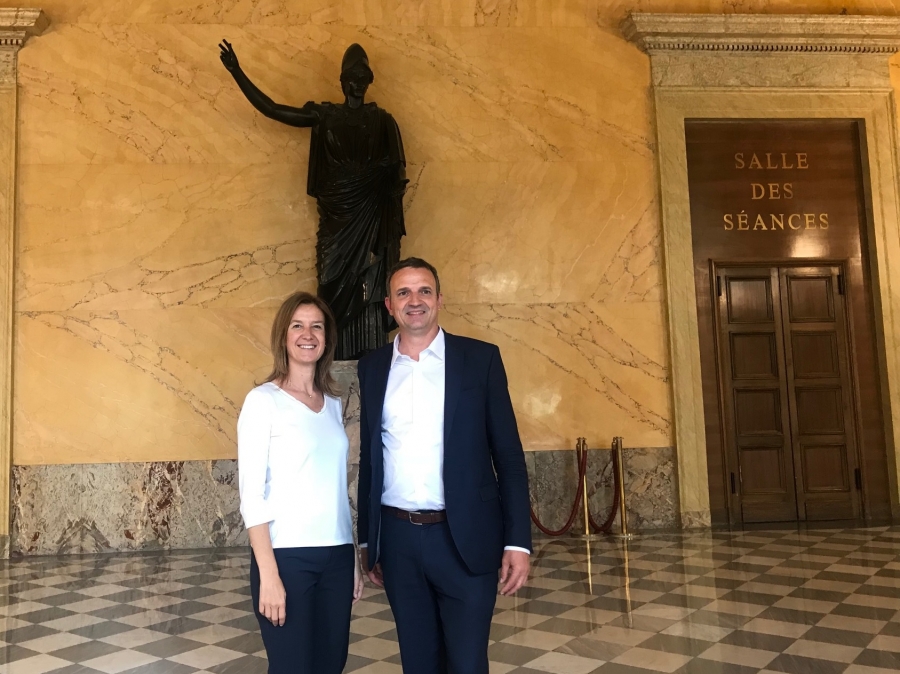 The Minister of the Environment, Agriculture and Sustainability, Sílvia Calvó, met this Thursday with the deputy and president of the Institute of the Circular Economy of France, François-Michel Lambert. The meeting, which was also attended by the general director of Environment and Sustainability, Marc Rossell, had the objective of establishing relations in the field of circular economics.

At the meeting this Thursday, Calvó and Lambert commented on public policies for a circular economy. Specifically, they celebrated the last steps taken in the European Parliament in this area, with the adoption of the circular economy package that includes four legislative texts on waste, packaging, landfills, end-of-life vehicles, batteries and waste electrical and electronic equipment.

Lambert highlighted the interest in applying innovative economic policies and said that Andorra could play an exemplary role in this matter at an international level.

Also, in the meeting, the efforts made in Andorra in this area were put on the table, and the Minister highlighted the latest selective collection data showing a very significant increase of 46% of recycling of packaging. In addition, they have shared the next actions contemplated in the National Waste Plan, which will be aimed at reducing disposable materials in festive, cultural and sporting events, as well as school management, as well as paper management at schools, promoting reuse and recycling of textiles, and improving the management of vehicles, tyres and rubble.

Finally, it was agreed to deepen the exchanges to realize collaborations and it was decided that technicians of the National Institute of the Economy Circular travel to Andorra.