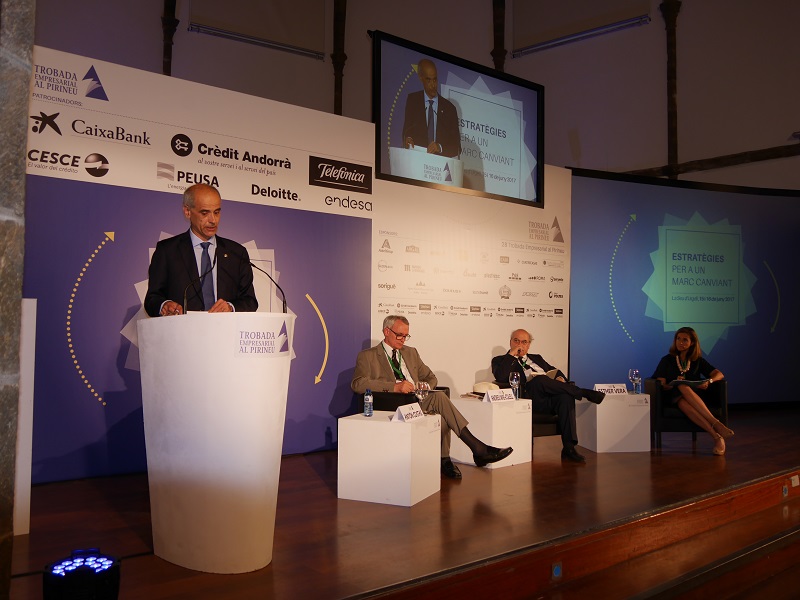 Andorran PM Antoni Marti took part in the 28th conference of Trobada Empresarial al Pirineu. The conference was attended by 600 representatives of the government, business and educational institutions of Catalonia and Andorra. The conference was held on 15th and 16th June in La Seu d’Urgell (a border town near Andorra in Spain).

In his welcoming speech, Antoni Marti noted that Andorra continued the policy of international openness and welcomes foreign investments in the principality, not only from Europe but also from other countries of the world. “Recently our country was closed for investments and had no connection with the outside world, but now the situation has radically changed, and our country has relied on being an active part of the world,” he said.

As the vice-president of Trobada Empresarial al Pirineu Antoni Bari explained, the purpose of the event is to exchange opinions and establish business contacts between Andorra and Catalonia. He explained that about 80% of the conference participants are representatives of the business community of Catalonya, 20% – representatives of Andorra.

During the conference the participants also discussed global political issues, such as the presidency of Donald Trump and the Brexit. The participants agreed that both these events would not have any negative consequences for the economic development of the Iberian region.