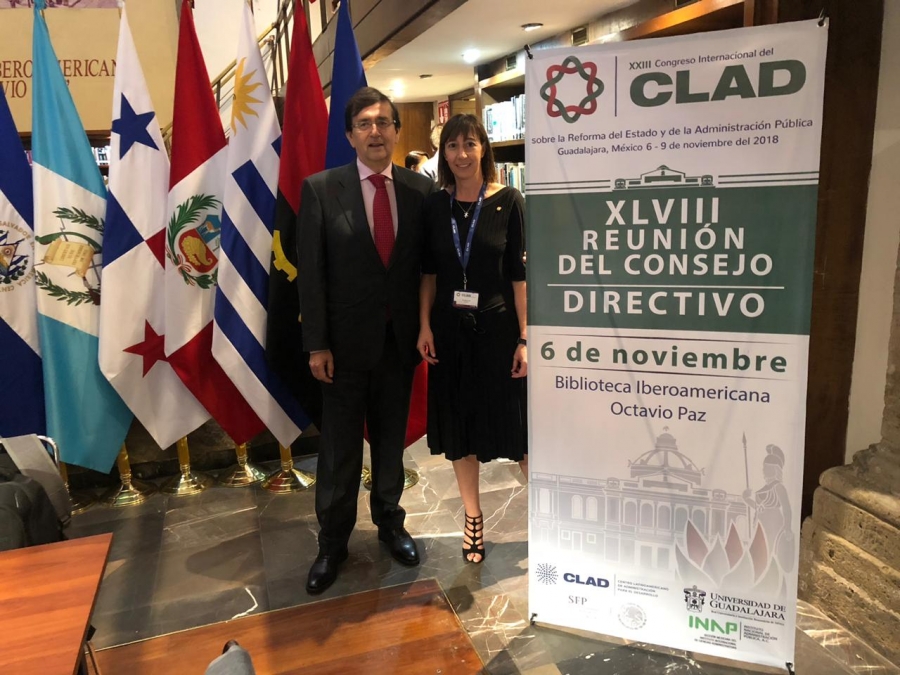 The Minister of Public Administration and Reform of the Administration, Eva Descarrega, participates in the XLVIII ordinary meeting of the Board of Directors of the Latin American Center for Administration for Development (CLAD) and the XXIII International Conference of the CLAD dedicated to “Governance for sustainable development” which was held from November 6 to 9 in Guadalajara (Mexico). In the framework of the meeting of the Board of Directors held today, the minister has formalized the participation of Andorra in CLAD as an observer Member State.

The meeting, which took place at the University of Guadalajara, had the participation of the 22 ministers and those responsible for the Public Function of the CLAD Member States of the Ibero-American Space. Eva Descarrega participates, accompanied by the coordinator of the Department of Public Function, Elisabeth Almarcha, at the different conferences and work tables that are carried out around professionalization, ethics, integrity and social sensitivity as pillars of the public function of the 21st century.

During the work days, aspects such as evaluation, management and quality and innovation will be addressed as tools for the effectiveness of public institutions. The impulse of the inclusive public administration with regard to gender equality as well as the integration of disability as a basis for human development will also be addressed. In the same way, work is planned on public law, fundamental rights and legal guarantees as essential elements of the Right to Good Administration, Management Models and Public Policies within the framework of ODS and Agenda 2030 of the United Nations. It is also planned to discuss issues related to transparency, technology, citizen participation and social networks in public management and the general tendencies of the Reform and Modernization of Public Administration.