Andorra becomes the 50th country as a member State of the Budapest Convention on Cybercrime • All PYRENEES · France, Spain, Andorra 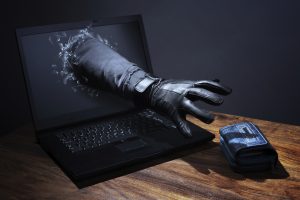 Andorra becomes the 50th country as a member State of the Budapest Convention on Cybercrime. The document was signed in Strasbourg during the international conference, 16-18 November 2016. General principles of international cooperation involve the widest possible cooperation between the parties in criminal cases, the investigation or prosecution of criminal offenses related to computer systems and data, as well as the collection of evidence of criminal offense in electronic form.

Members of the Budapest Convention on Cybercrime is not only the EU Member States, but also the countries such as the USA, Australia, Canada, Japan and Panama.

The Convention on Cybercrime, also known as the Budapest Convention on Cybercrime or the Budapest Convention, is the first international treaty seeking to address Internet and computer crime by harmonizing national laws, improving investigative techniques, and increasing cooperation among nations. It was drawn up by the Council of Europe in Strasbourg, France, with the active participation of the Council of Europe’s observer states Canada, Japan, South Africa and the United States.

The Convention and its Explanatory Report was adopted by the Committee of Ministers of the Council of Europe at its 109th Session on 8 November 2001. It was opened for signature in Budapest, on 23 November 2001 and it entered into force on 1 July 2004. As of March 2016, 49 states have ratified the convention, while a further six states had signed the convention but not ratified it.