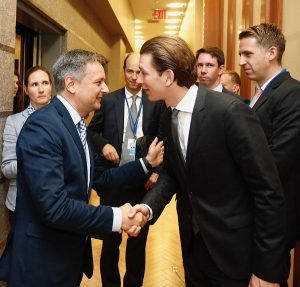 Foreign Minister of Andorra Gilbert Saboya and his colleague, the Minister of Foreign Affairs of Austria Sebastian Kurz started negotiations on an agreement on avoidance of double taxation. Negotiations began during a bilateral meeting in New York in the framework of the 71st session of the United Nations General Assembly.

The parties expressed their common desire to continue bilateral negotiations on tax issues this autumn, noting that “this agreement is a great opportunity to promote future initiatives in the field of entrepreneurship“, reports the Government of Andorra.