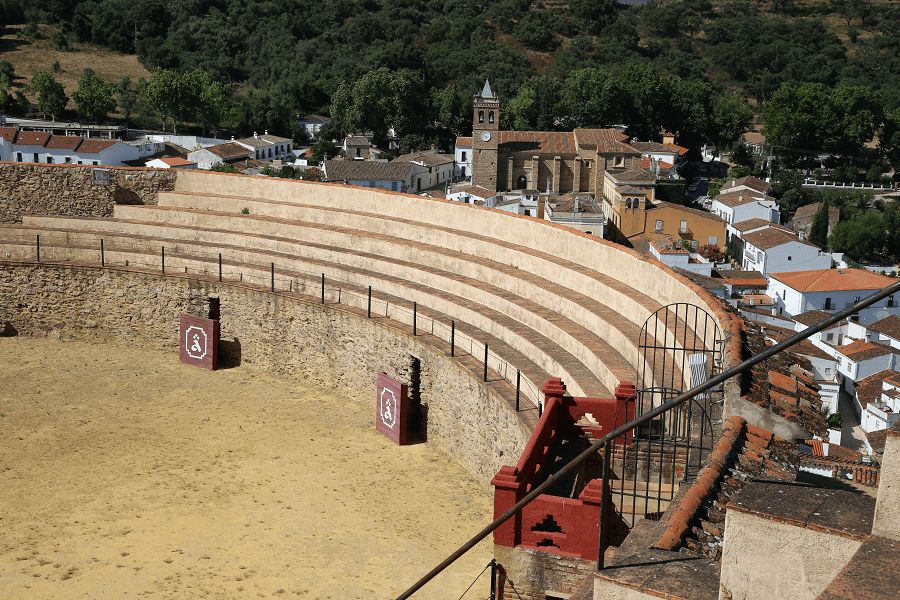 Almonaster la Real is a city and municipality in the province of Huelva, Andalusia, Spain. It is located about 20 km from Aracena, about 100 from the city of Huelva and 40 from Portugal. The highest point in the Province of Huelva is located in its municipal area, in the Cerro de San Cristóbal, with 891 meters of altitude. 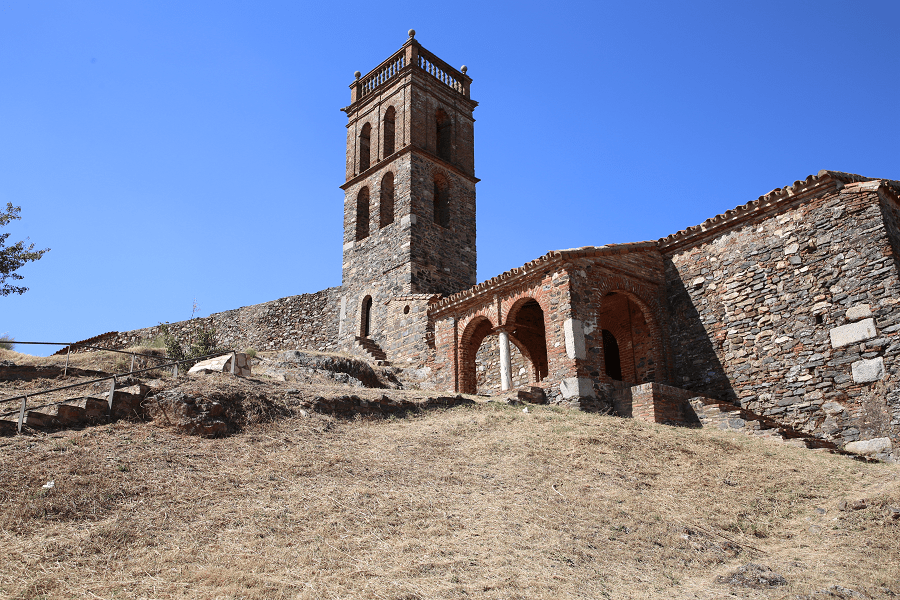 Since 2018 Almonaster La Real has been a part of the network “The most beautiful towns in Spain“. Classic Spanish white village. 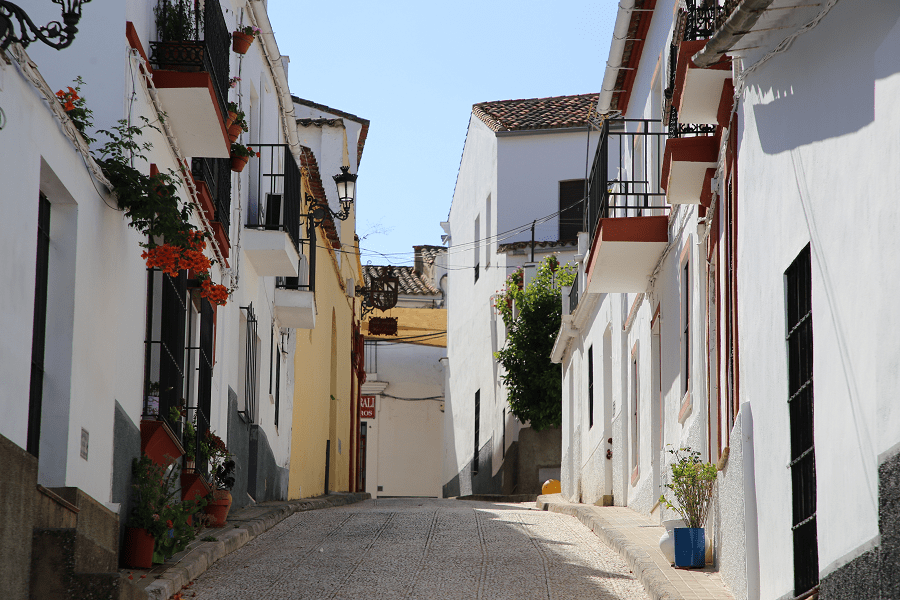 Mosque, 9th-10th century: As the Arab name Al-Munastir suggests, the Mosque was built on the site of a Christian monastery and incorporates some of the fabric of a visigothic basilica. It is one of the few surviving Spanish rural mosques of Ummayad date (10th century, possibly 9th). 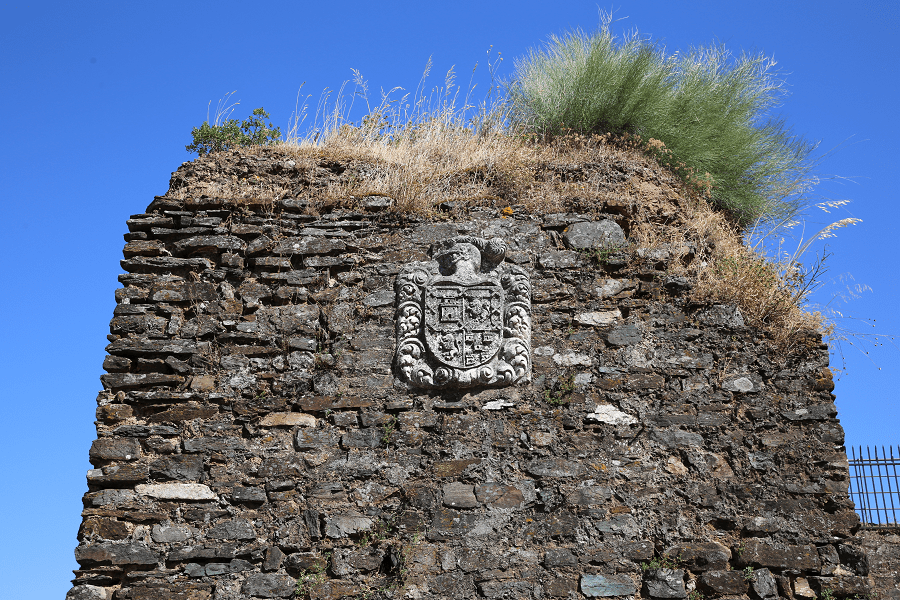 It is an oddly-shaped building, made of brick and stone in a trapezoidal shape, probably because of the hilly terrain. 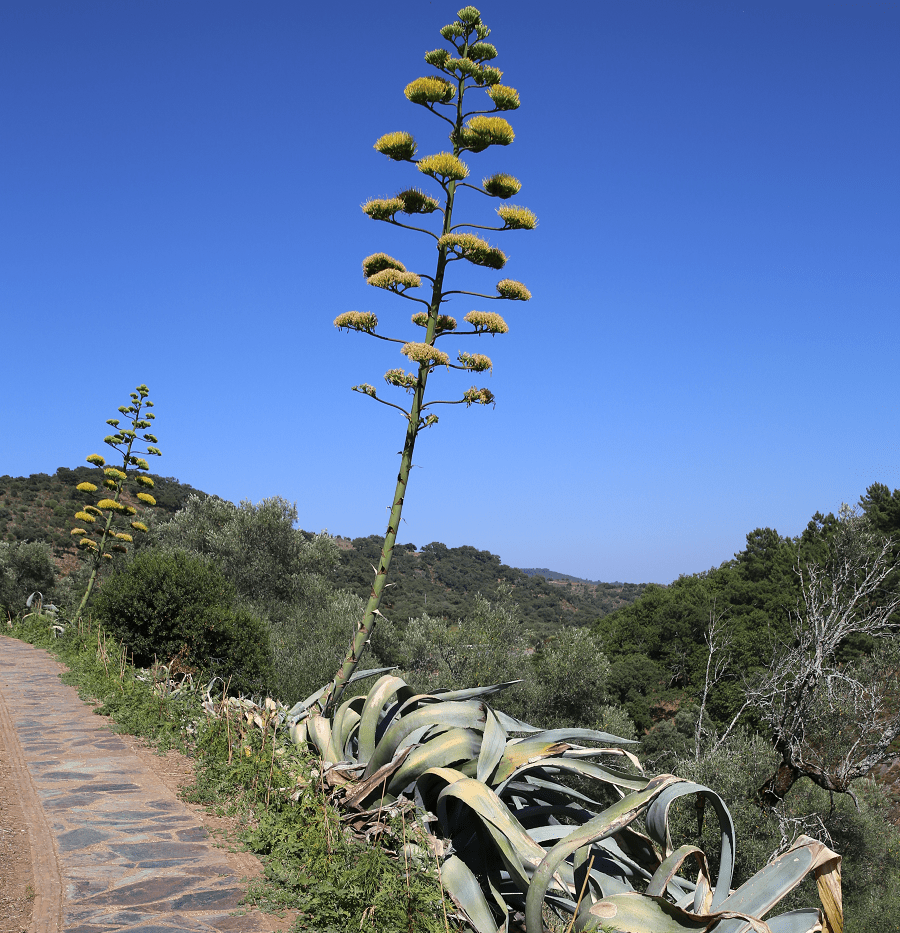 The prayer hall consists of a central nave and aisles divided by brick arcades, resting on rectangular stone pillars or reused Roman columns, with at least one re-employed Roman Corinthian capital. 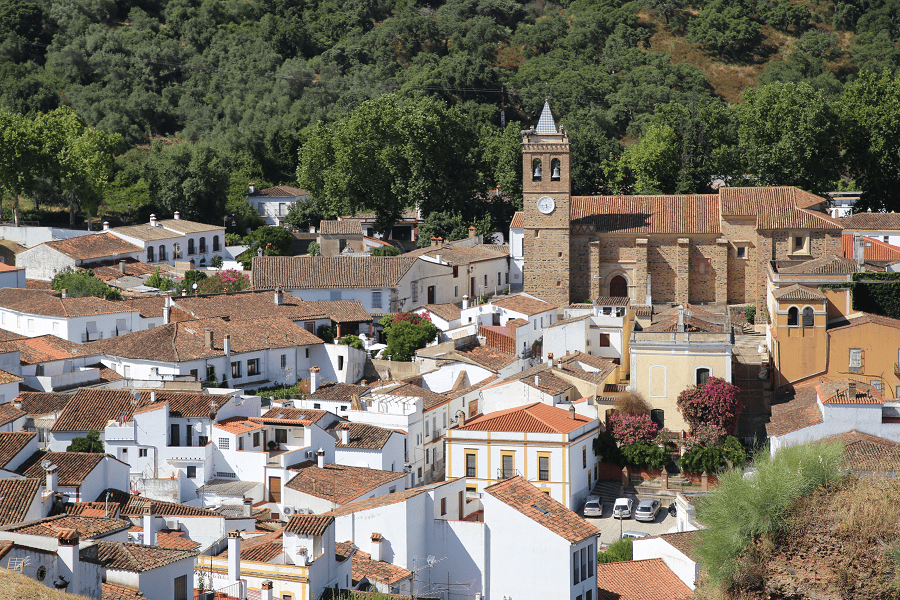 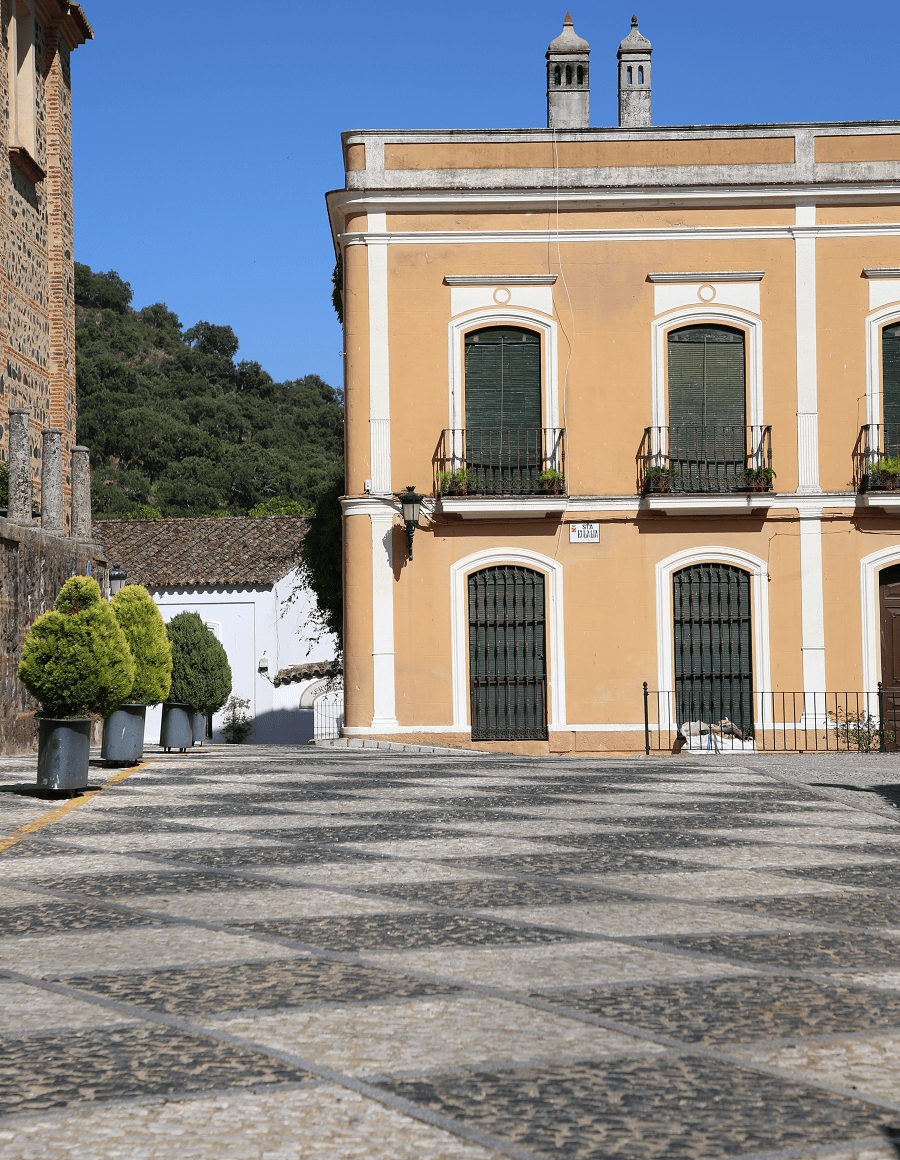 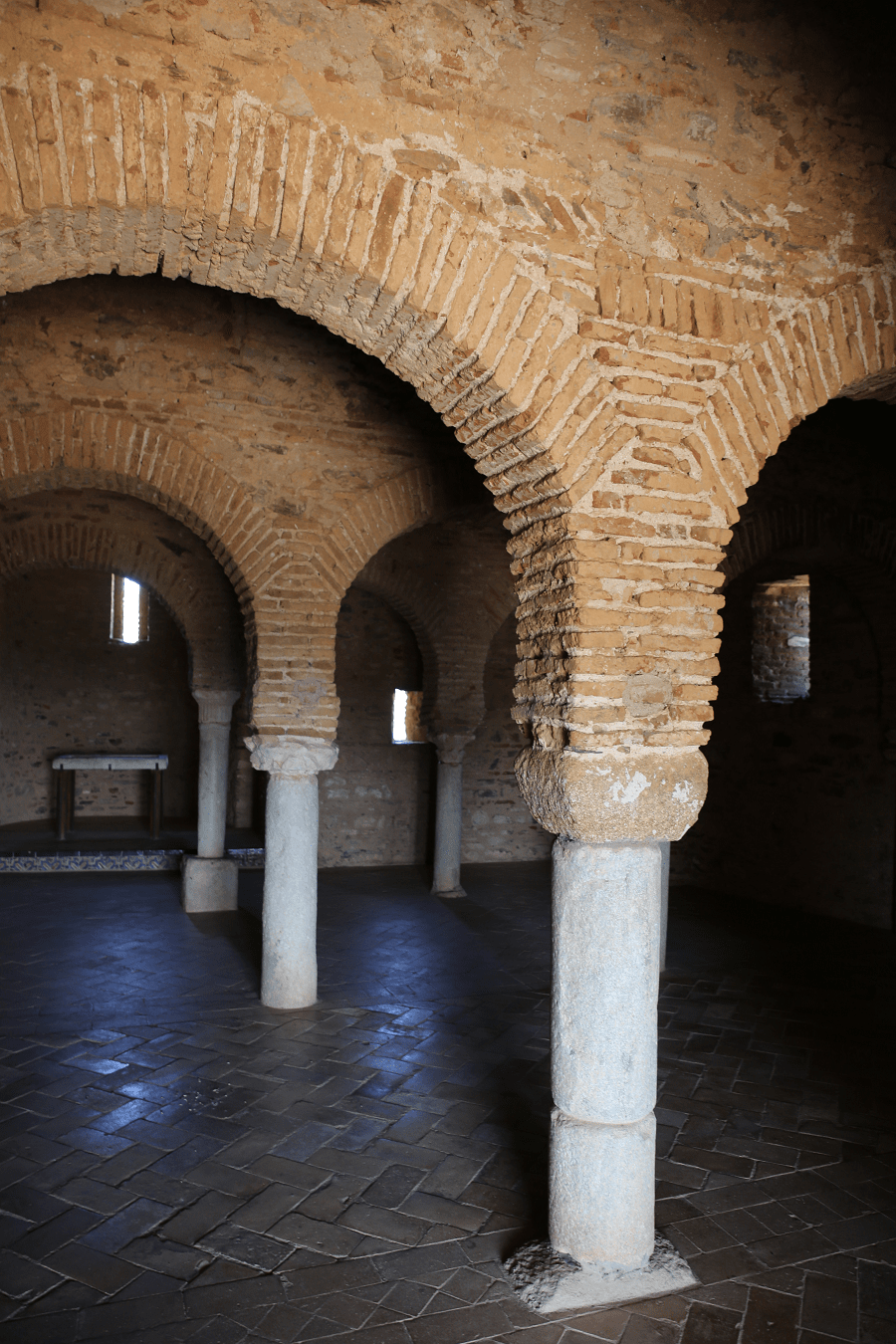 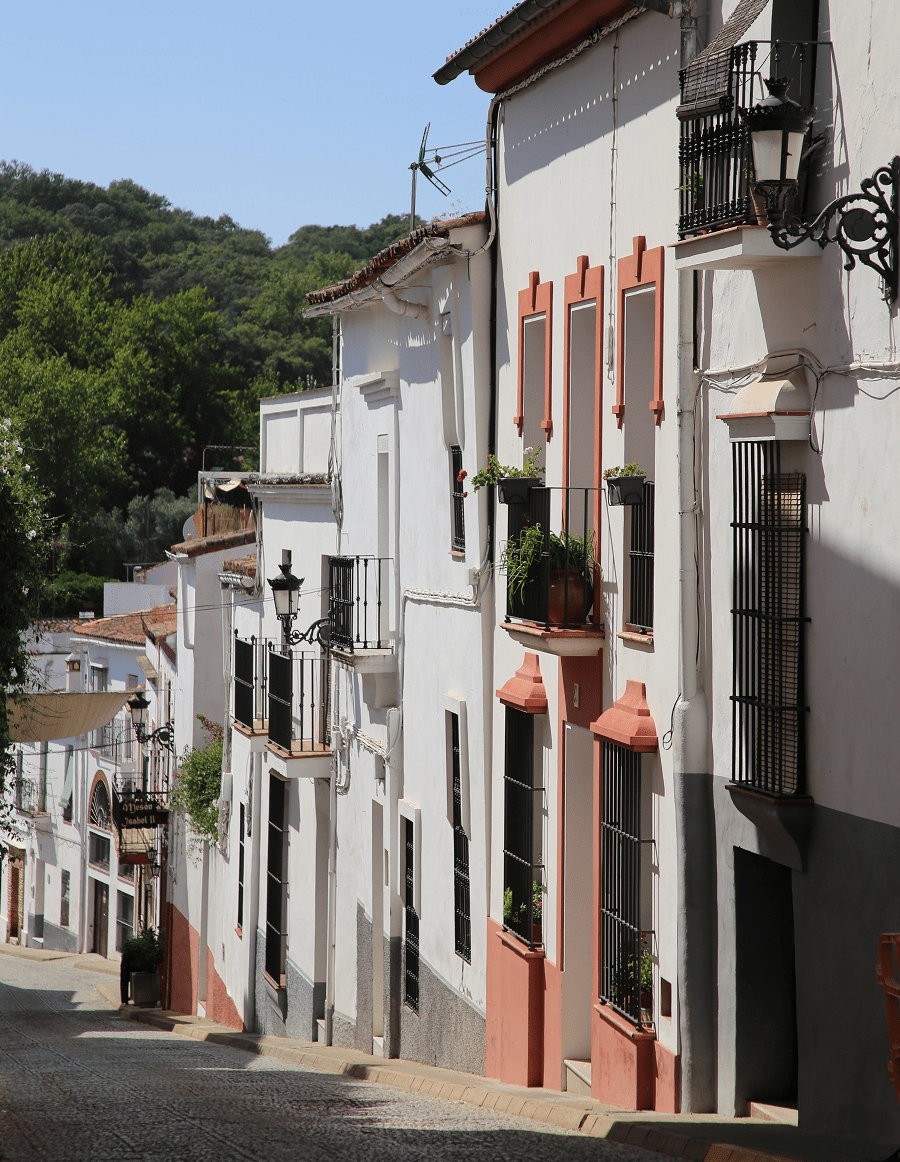 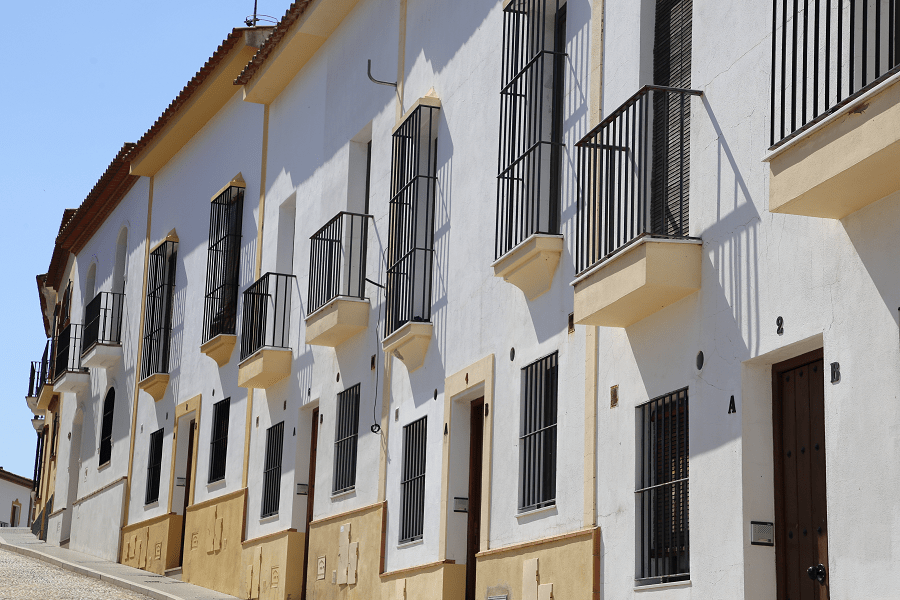 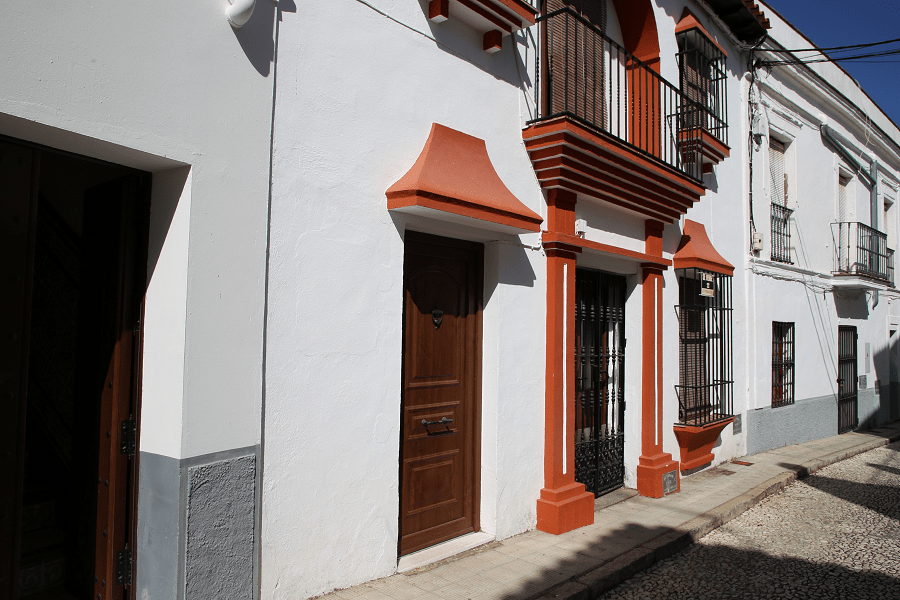 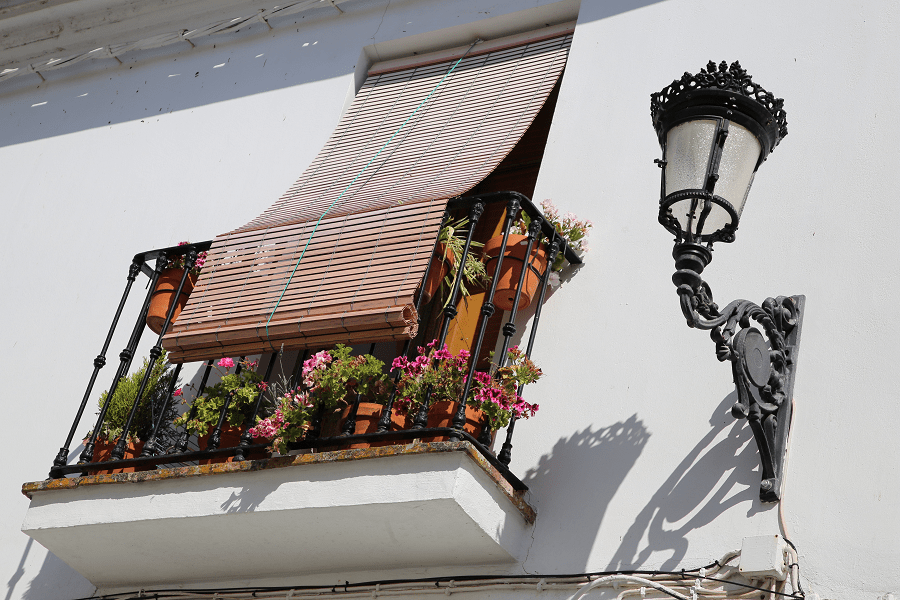 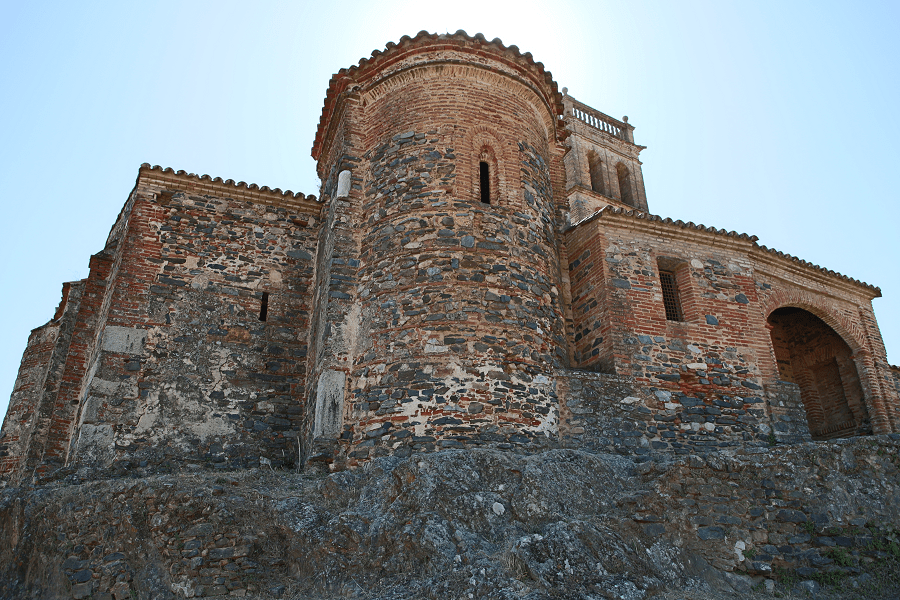 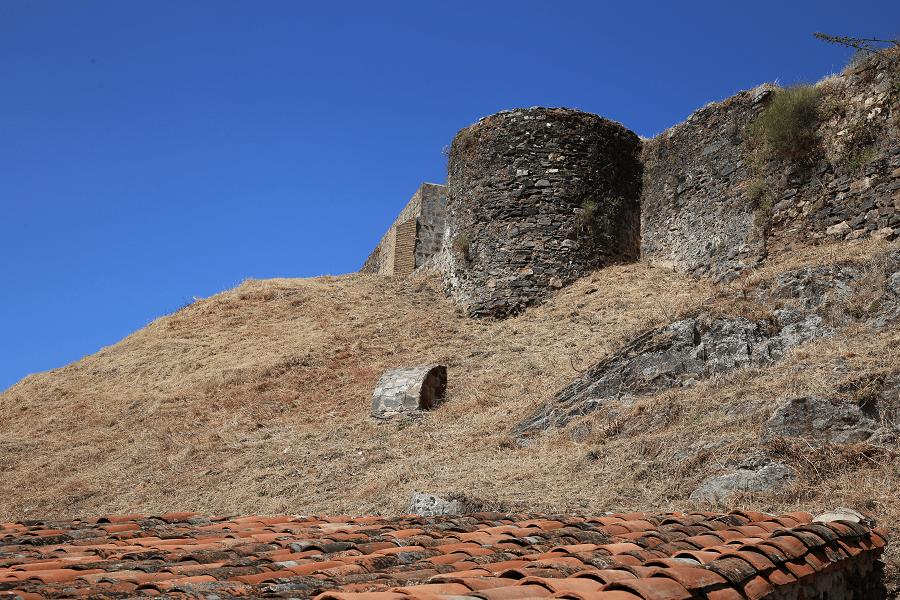 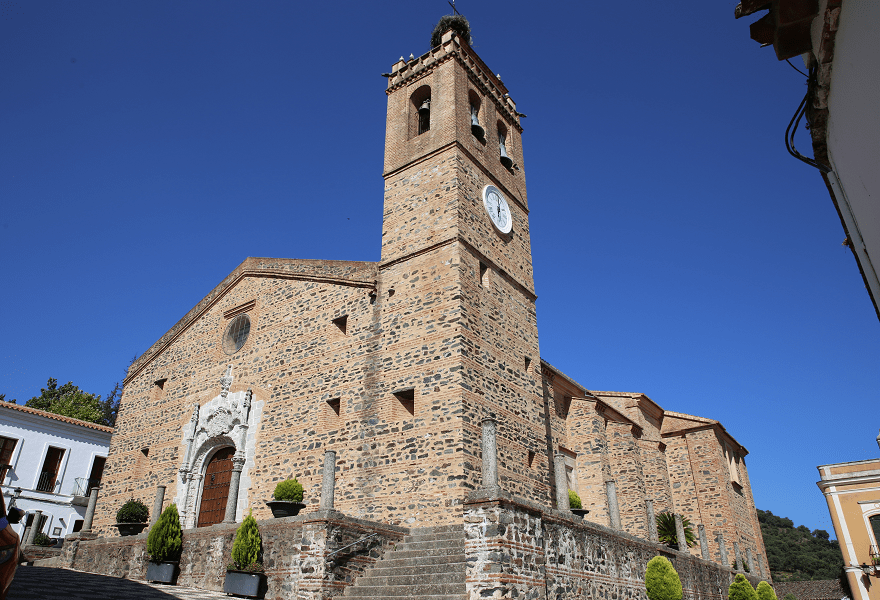