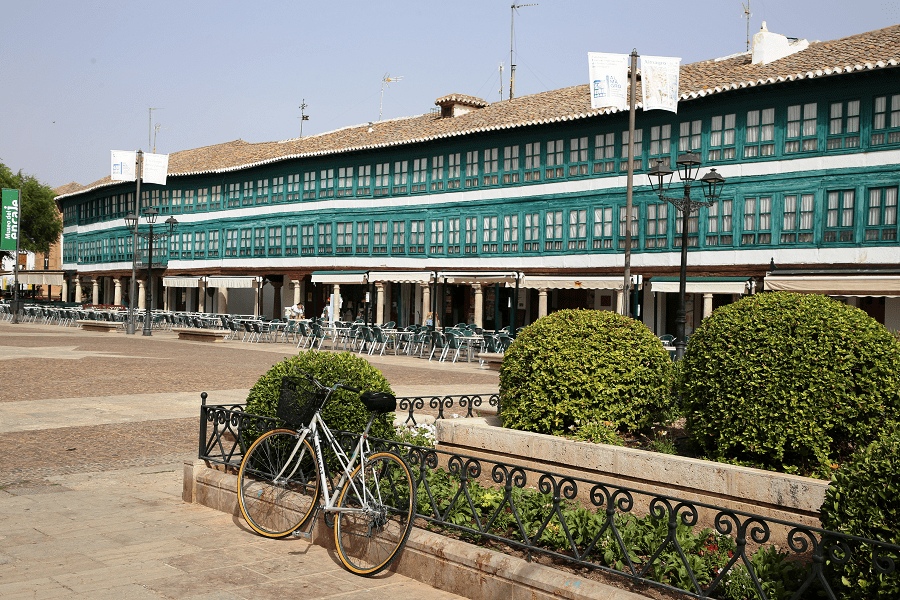 Almagro is a city and municipality located in the province of Ciudad Real (Spain), in the autonomous community of Castilla-La Mancha. In 1972 its old town was declared a historic-artistic complex. Since 2015 Almagro has been a part of the network “The most beautiful towns in Spain“. 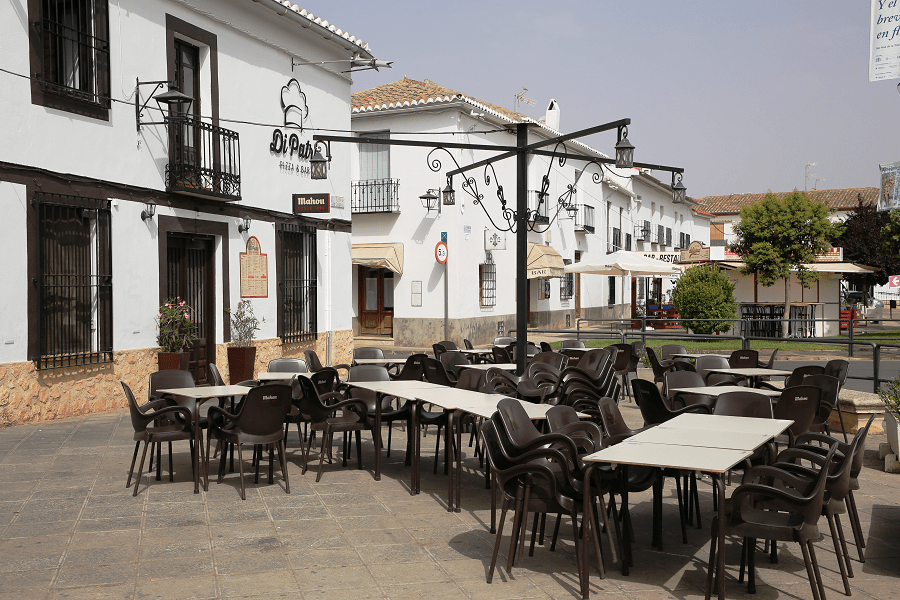 The medieval square underwent a remarkable transformation throughout the 16th century. New buildings were erected in the square and the influence of the glazed galleries, with northern memories, is due to them, which ennoble and give a unique appearance to the two main sides of this Plaza Mayor de Almagro, a denomination with which it has traditionally been used. Its restoration began in the 1960s and was completed in 1967, as shown on a plaque placed in the City Hall building. The work, directed by the architect Francisco Pons-Sorolla, restored the nobility and splendor of the 16th century to the singular complex. 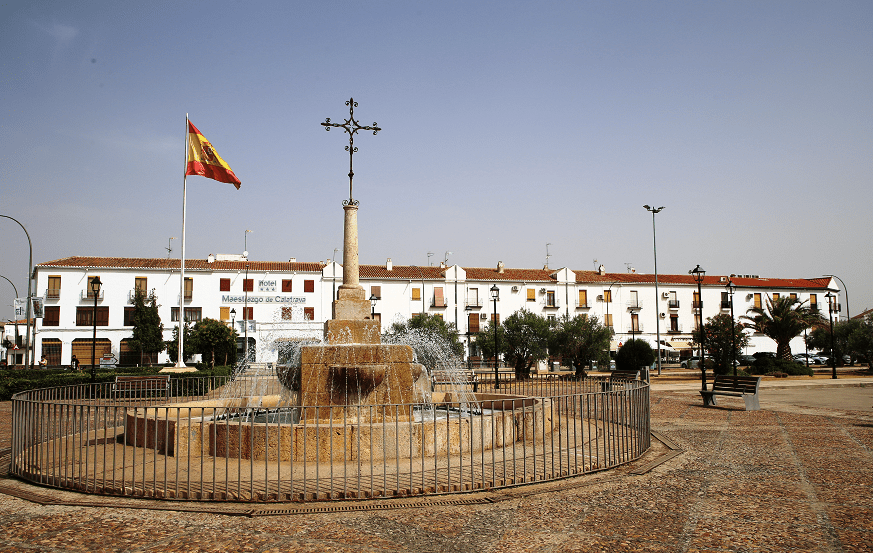 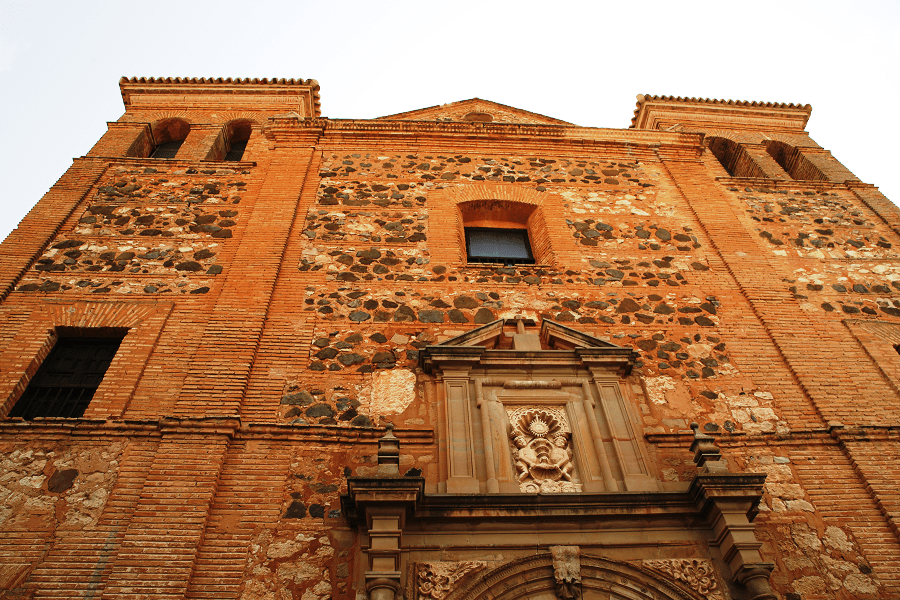 The Palace of the Marquis of Torremejía. It is located in the Plaza de Santo Domingo. It was built in the 16th century by the Oviedo family and renovated in the 17th by Gaspar Mexia and Catalina de Oviedo. At present it is the home school of the Dominican Mothers. Two-storey building built in whitewashed Toledo facing arranged around a central courtyard originally porticoed. 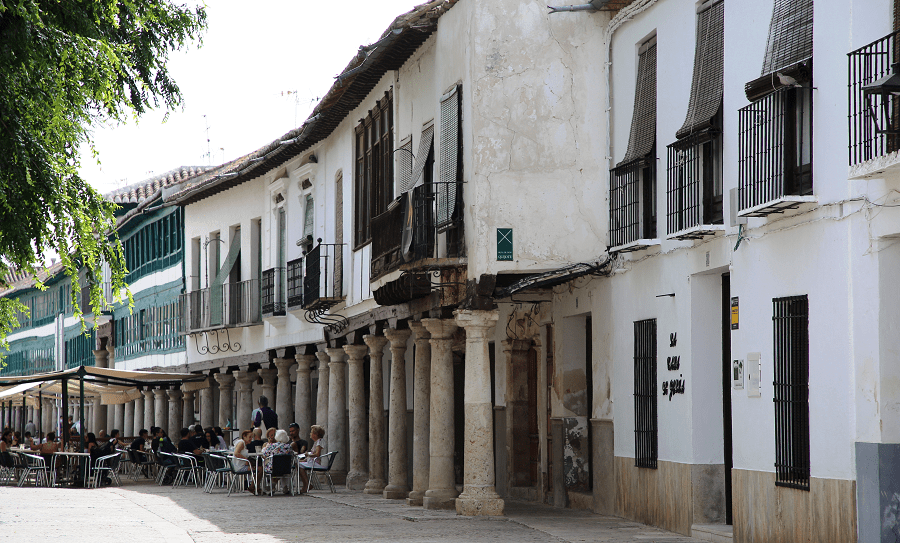 The Palace of the Counts of Valdeparaíso. Property of the Provincial Council of Ciudad Real. This palace belonged to Juan de Gaona y Abad, 1st Count of Valdeparaíso since 1705, a title granted by his marriage to Doña Aldonza Portocarrero and Félix de Aranda, at the hands of Felipe V. His son, Juan Francisco de Gaona y Portocarrero, held the positions of Minister of Finance with Ferdinand VI and Governor of the Finance Council from July 22, 1754 to December 8, 1759, the date on which he went on to serve as ambassador to Poland. 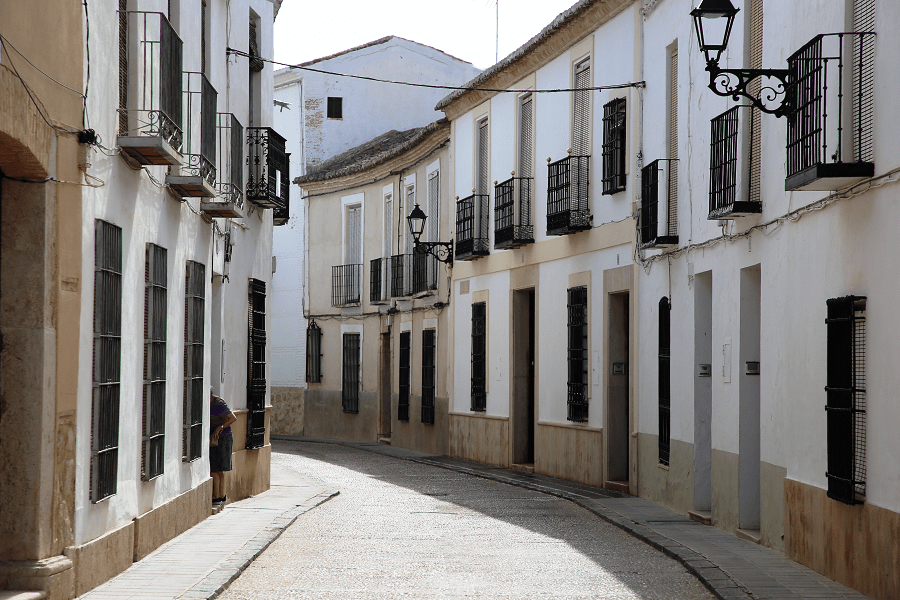 The Palace of the Medrano. Located on Calle San Agustín, it was built in the 16th century by Jerónimo de Ávila. Three-storey building distributed around a central courtyard with two towers in the main body, made of masonry. The building was partly lost before the restoration and during it the architectural-decorative elements that defined it belonging to the Renaissance style disappeared. In one of the towers it conserves coffered ceilings of large beams and richly carved wooden footings with the owners’ coats of arms. 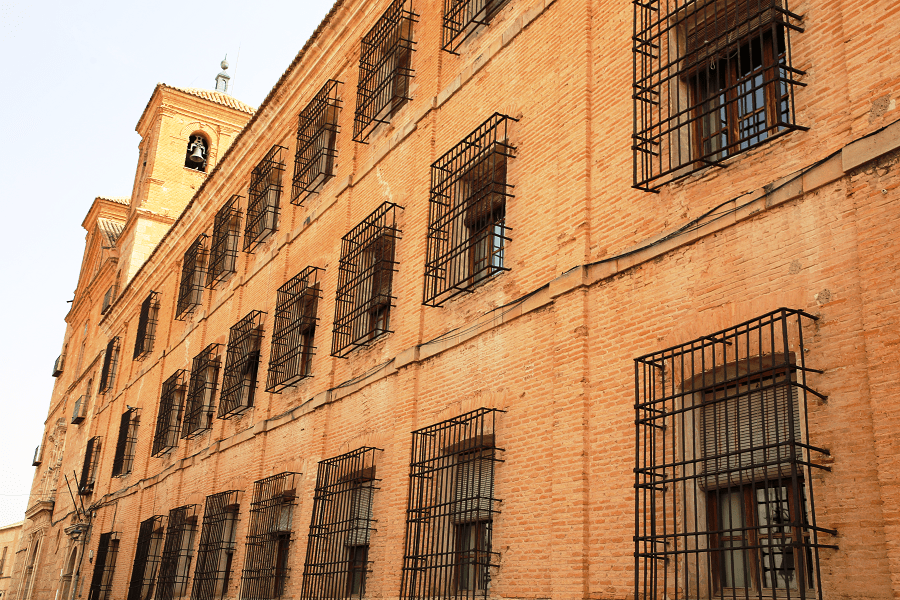 The Palace of the Oviedo. Built by the Oviedo family in the 16th century. Of what was the palace, only the main body is preserved, in which the hallway is covered by a coffered ceiling, which gives way to the rest of one of the galleries of the patio supported on columns with footings. 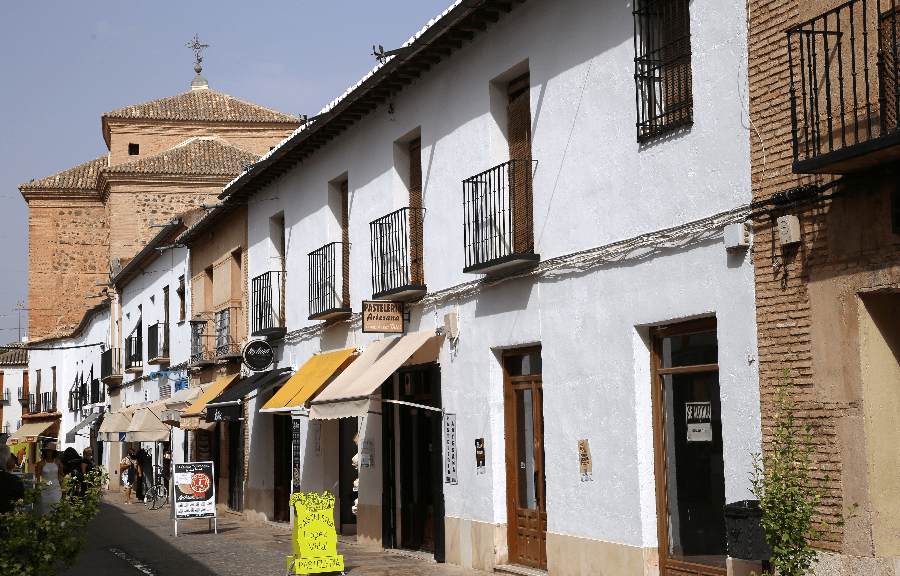 The Palace of the Fúcares. Erected in the 16th century by the Fúcares or Függer to manage and store the mercury from the Almadén mines and the grain from the rents of the Maestrazgos. The façade is made of mud brick and masonry and the building is organized around a central square patio in the Renaissance style and two galleries with brick arches supported by limestone columns, around which the different units are located. It is currently the headquarters of the Popular University of Almagro and one of the scenic spaces of the International Classical Theater Festival. 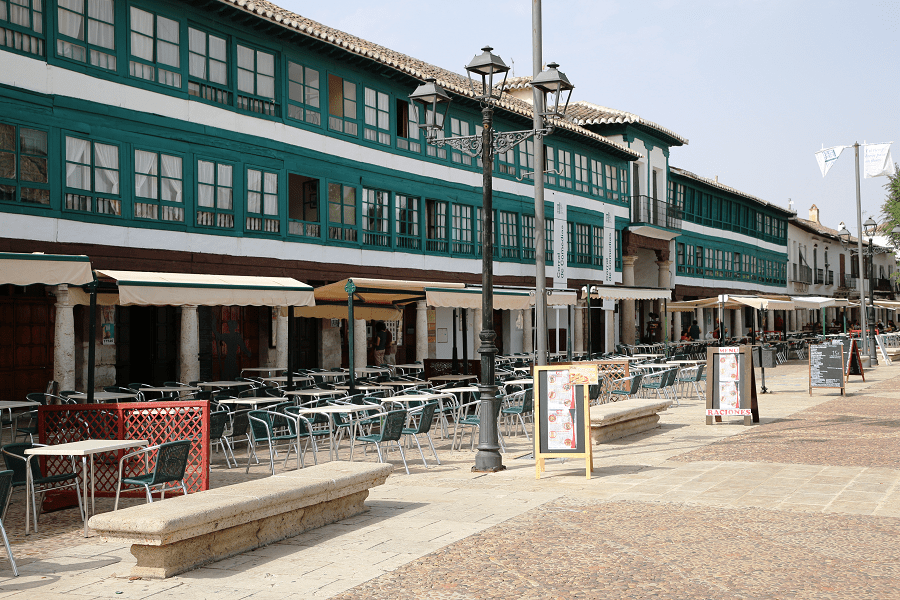 The Palace of the Villarreal-Robles or the Marqués de Las Hormazas. It was built in the 16th century. It has two floors distributed around an interior patio. It is framed by recessed pilasters and Ionic semi-columns; in the center of the lintel is the family shield between rosettes and on this, two lions that flank the set. 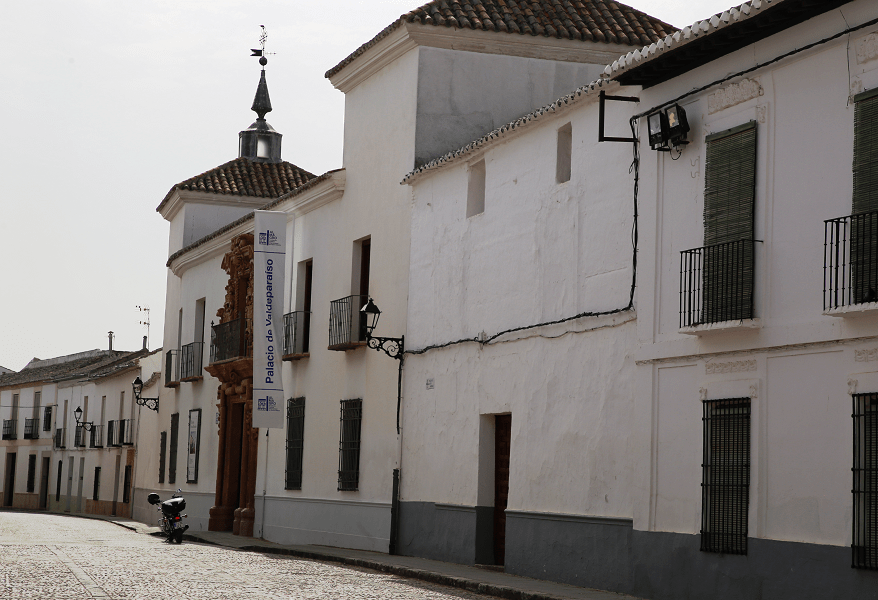 The Corral de Comedias is located in Plaza Mayor No. 18. Declared a National Monument on March 4, 1955, it maintains the original structure of the theaters of the 17th century and is the only complete one from that time, perhaps because it was used also as an inn. It is a 300 m² patio surrounded by 54 straight feet of redwood (rust red) wood that, in turn, are supported by stone bases to protect them from moisture.

The Church of the Mother of God is located in what was the Hospital de Nuestra Señora de La Mayor, on lots bought by the Villa in 1546. It is from the late Gothic with timid Renaissance nuances, it rises on a fish market and responds to the type of columnar church and hall, a very model spread across La Mancha. 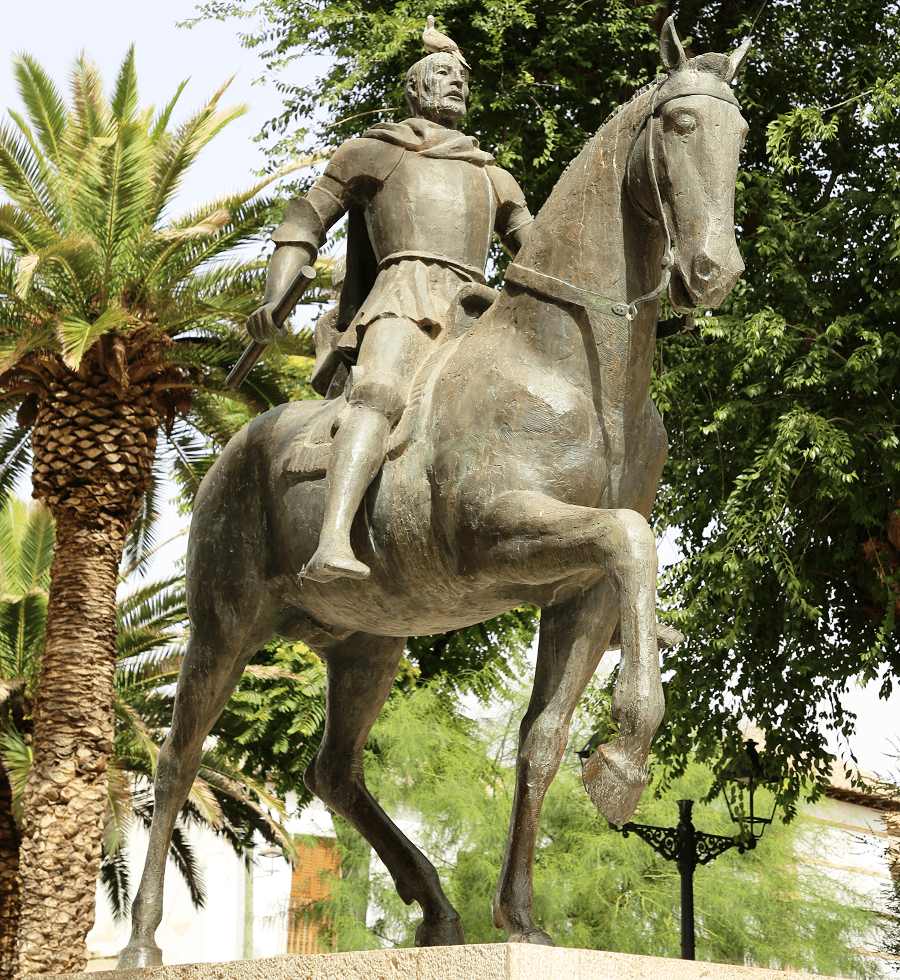 The church of San Blas, originally called San Salvador until the 18th century, from which time it was dedicated to San Blas, maintains its religious activity today. The use of this space by the Almagro Theater Festival began in 2005, and it hosts programming focused on music concerts.

The convent of the Santísimo Sacramento de los Agustinos is one of the most important and where the baroque worldview is best expressed, combining architecture and painting in a whole. It suffered the ravages of the Confiscation and currently only remains the church, called San Agustín, with some remarkable frescoes inside. The Church was ordered to be built in 1625 by the Figueroa family, but its works did not begin until the beginning of the 18th century, finishing in 1719, although the cloister was still unfinished. 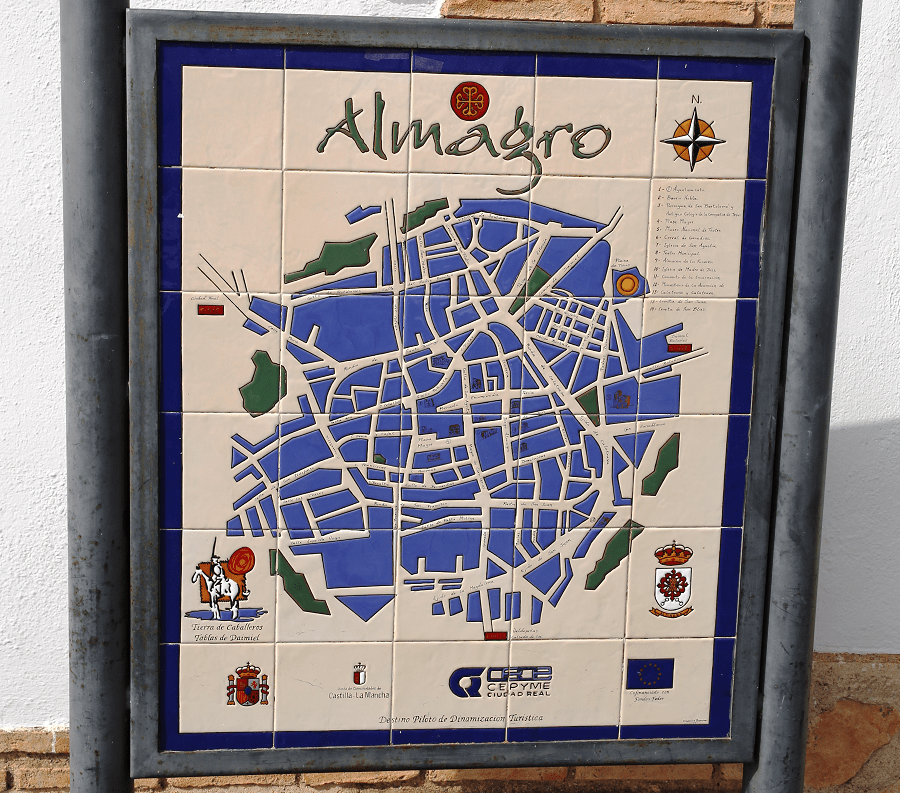 The Convent of Santa Catalina de Siena currently houses the National Tourism Parador and was founded by Jerónimo de Ávila in the 17th century following the final wishes of his wife. The Franciscans inhabited it from 1612 and of the primitive and skilfully rebuilt complex, only the church remains, with a Latin cross (current hermitage of San Francisco), the cloister known as “Patio del laurel”. 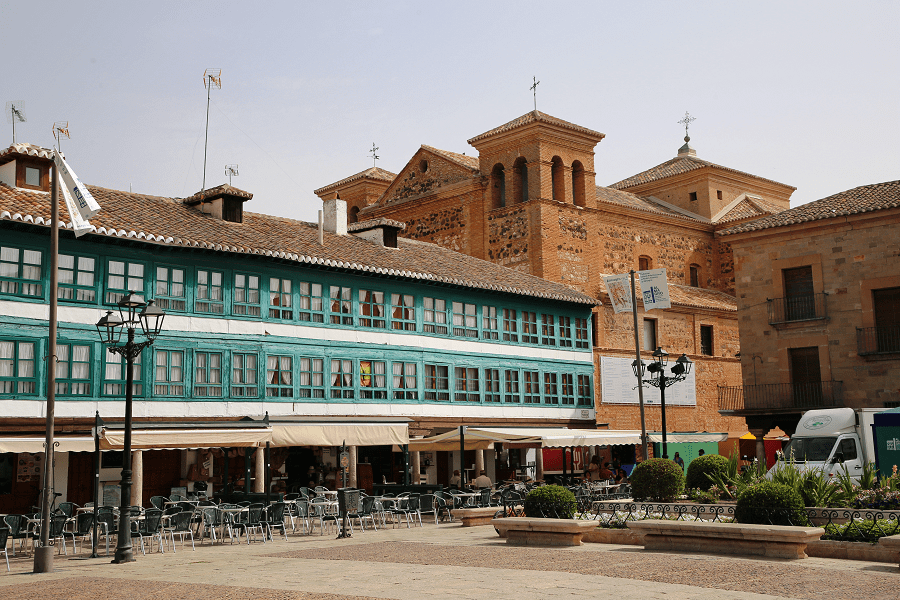 The Convent of the Dominican Incarnation: the church, which was probably finished in 1597, is made up of a nave with side chapels, covered by a barrel vault with lunettes, the transept is covered with a groin vault, an excellent Annunciation by Vicente Carducho stands out on the main altar. Of the chapels it is worth noting that of the Orduña. The façade is of great simplicity and the façade was finished off in the 18th century with a magnificent shield supported by tenant rampant lions and a marquesal crown of the Counts of Valdeparaíso and Marquises of Añavate. On the corner with Calle Dominicas, there is a small chapel that houses the “Cristo de la Salud”, a carving from the 17th century. 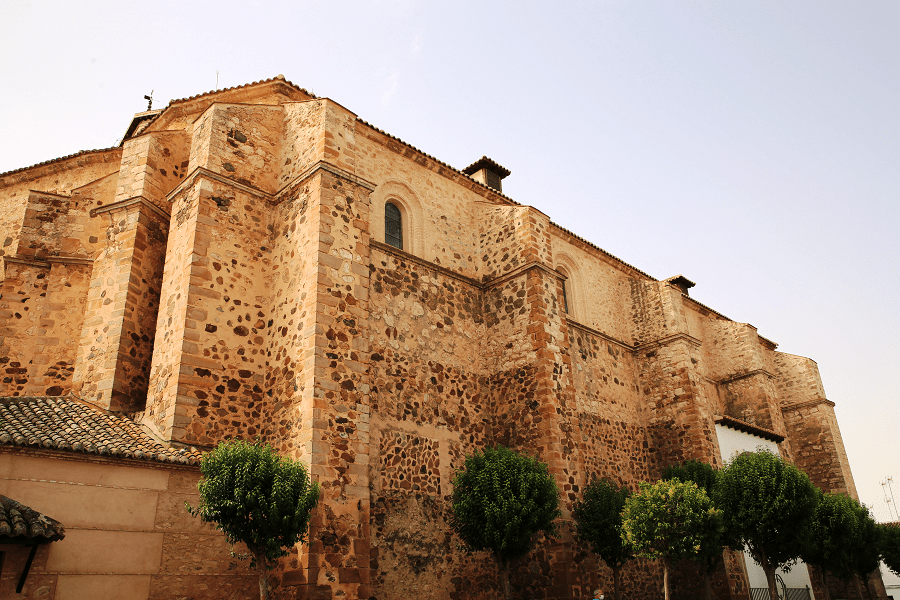 The Convent of the Assumption of Calatrava: the construction began as a hospital in 1519. Later it became a monastery. It was founded by Commander Gutiérrez de Padilla between 1519 and 1544 for the nuns of the Order of Calatrava under the invocation of the Virgin of the Assumption.

The National Theater Museum with abundant pictorial theatrical iconography (mainly portraits of actors), sculptures, costumes, sketches of scenographies, posters, photographs, a library with editions and manuscripts between the 18th and 20th centuries, and an important collection of musical scores. 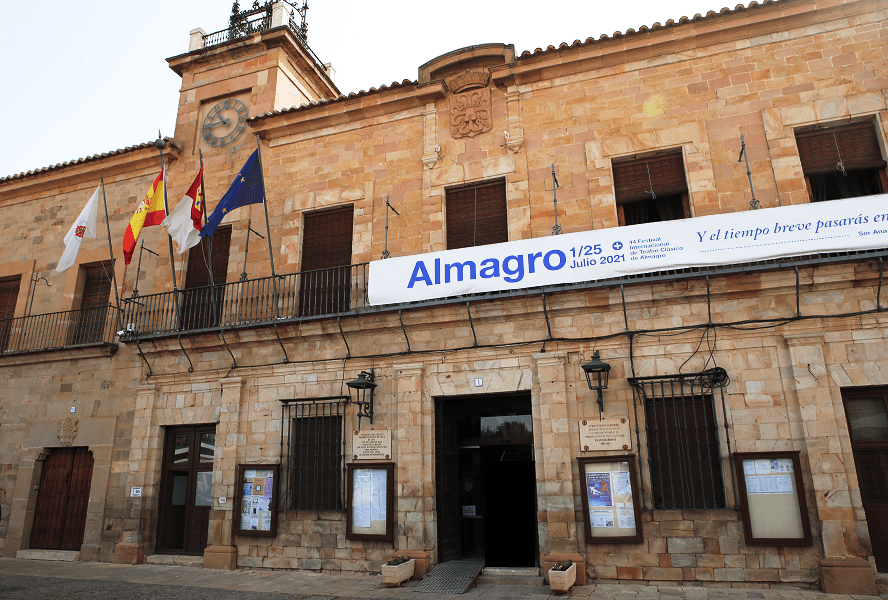 The Campo de Calatrava ethnographic museum is located on a restored 18th century house within the urban area of Almagro, close to the main square, on Calle Chile No. 6. The museum is divided into two floors and a cellar cave. The collections of various trades transformed over time are distributed in these two floors, especially due to the advancement of new technologies.

The Lace Museum is located in Callejón Villar. It was inaugurated on June 12, 2004, it contains collections of picaos, lace and doilies, made in the town and its region. 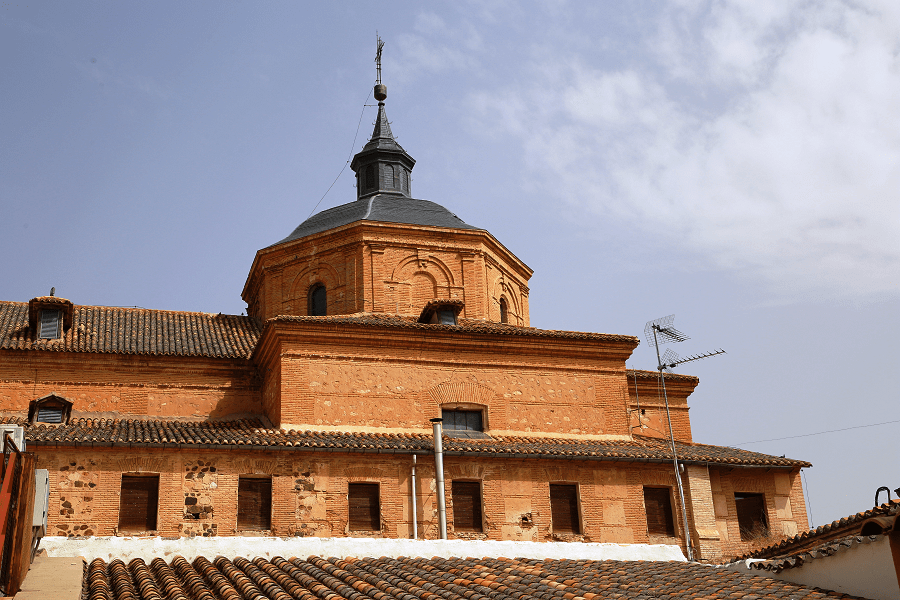 Contemporary art space is located in the old Hospital de San Juan, it houses a collection of permanent collections, and temporary exhibitions, conferences are held. 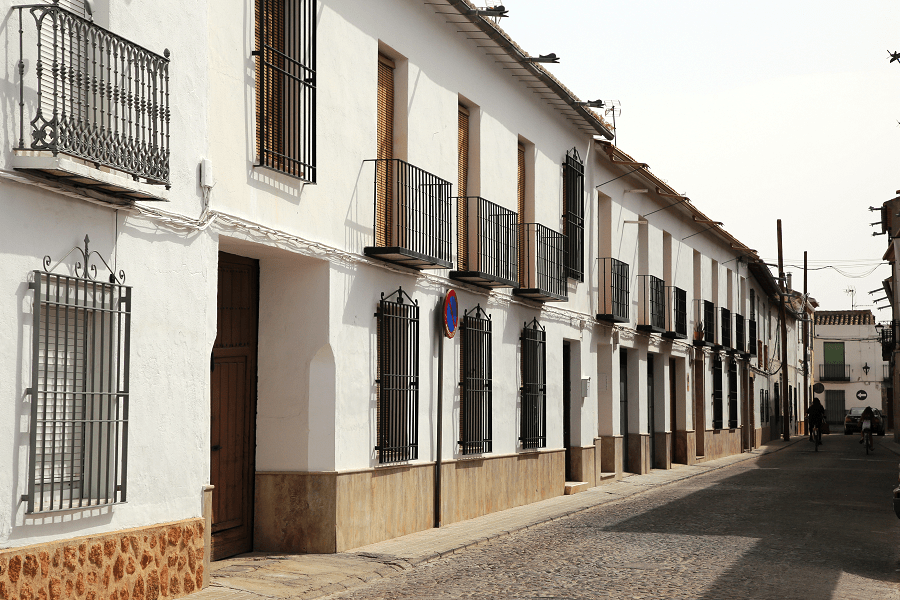