All the top ski mountaineering athletes are back to Andorra for the second stage with an Individual and a Vertical race • All PYRENEES · France, Spain, Andorra 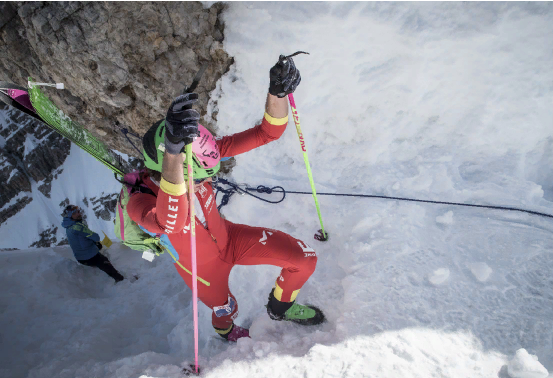 Tomorrow the curtain will be pulled back on the Andorran stage of the Ski mountaineering World Cup. On Saturday 26th and on Sunday 27th January the best athletes in the world will compete to obtain some important points of the worldwide circuit promoted by the ISMF.

The Local Organising Committee of the Font Blanca is facing the last snowfalls, about a metre and an half, in order to set up a reserve route for the Individual race. Anyway the location of both competitions will not change. It will be always the ski resort of Arcalís to host the Individual race, while the Vertical race will take place as usual on the snows of Arinsal.

The competition programme will officially open tonight in Ordino when the bibs will be delivered to the best athletes.

The Individual race will take place in Arcalís, where the Senior Men will have to face a track with about 1700 metres of difference in height divided into three ascents. The route includes also a technical section to be carried out on foot with skis in the backpack.

Concerning the Junior categories, they will compete on a shorter but equally spectacular and technical course.

For the Senior Women and the Junior Men the route will have a positive difference in height of 1500 metres.

At the end the Junior Women will face a track with 1010 metres of difference in altitude.

The Vertical race is scheduled on Sunday morning in Arinsal. The difference in height for the Senior categories and the Junior Men will be of 730 metres, while the Junior Women will compete on a shorter route with 465 metres of difference in altitude.

All the top ski mountaineering athletes will be in Andorra. The Italian team will present itself in its entirety, with Michele Boscacci and Robert Antonioli (winners of the first stage in Austria), who will have to defend their leadership. Among others there will be Nadir Maguet, Xavier Gachet and Werner Marti. Probable outsiders will be the Swiss Martin Anthamatten and the Germans Anton Palzer and Jakob Hermann.