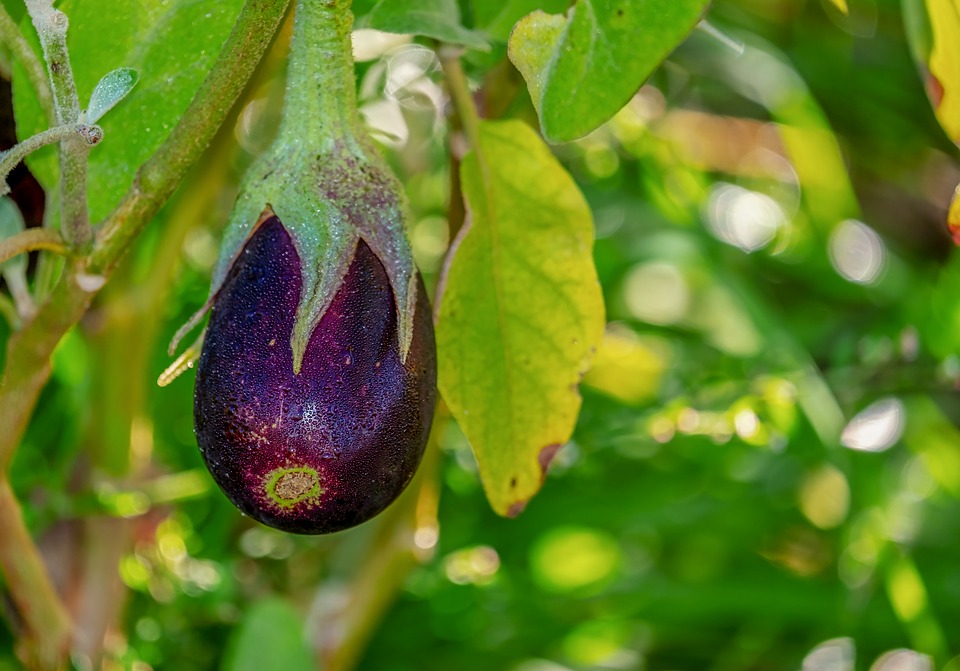 Eggplant is the king of the garden. This vegetable has purple-black color with a glossy shine and a cap that looks like a crown, so it really does look like a king. And even the royal family will appreciate its taste! Delicious Parma-style eggplants, stuffed or fried – these vegetables will always make a splash on the table. This is what my blog is about today.

Eggplant has been around for a long time. They came from India, but they were also eaten in Arabia, where sheikhs and shahs highly valued them. The Arabs introduced them to the people of Spain, who later brought them to this country, and by 1806 they grew both purple and white varieties.

One of the earliest references to eggplant is in a Chinese book from the fifth century. It seems that Chinese women considered it very fashionable to paint their teeth with black eggplant dye. Then they polished their teeth until they began to shine like metal.

But eggplant as a food or fashion accessory was not popular everywhere. In Europe, in the 15th and 16th centuries, eggplants were called “insane apples” because it was believed that eating them made a person crazy. Even when this fear began to fade, the Europeans still refused to eat eggplants, as they considered them poisonous. The eggplant is a member of the Solanaceae family, as are tomatoes, potatoes, tobacco, and belladonna. Eye drops obtained from belladonna (also called the deadly nightshade) were used by fashionable women to visually enlarge the eyes. From time to time someone who used the belladonna died from the effects of poisoning. Not surprisingly, by associating eggplants with deadly nightshade, people avoided eating them.

Other  interesting names for eggplants include love apple, guinea pumpkin, oat beans, pea apple, cuckummer and terong. Even more impressive are such epithets like the “apple of Sodom” and “the apple of the Jew.” Few products can boast such a variety of names.

A very old legend about Middle Eastern or Turkish origins of eggplants tells of an imam (a Muslim priest) who married a woman whose rich father earned money as an olive oil dealer. The young bride’s dowry was 12 barrels of olive oil. For 12 nights, the Imam’s wife served her husband a dish of delicious eggplant cooked in olive oil, but on the thirteenth night, this tasty vegetable was not on the plate. Imam was curious why this happened. When his wife told him that she had run out of olive oil, the imam just fainted. From now on, the stuffed eggplant dish, seasoned with onions, tomatoes and olive oil, began to be called “Imam Baldi,” which means “priest’s swoon”. In another version of this story, the imam was so overwhelmed by the extraordinary aroma of eggplant that he lost consciousness.

Since eggplant is an integral part of Turkish cuisine, it can appear in almost any dish. One of the foreign guests of Turkey once asked at the end of the meal: “Can I just have plain water, without eggplants, please”.

Eggplants are so integrated into Middle Eastern cuisine that love for them is expressed in one of the local signs: the dream of three eggplants is a sign of happiness. Another saying that lovers of eggplants often say: “the only thing I like more than eggplant is chocolate eggplant”.

In the end, eggplants still became as popular in Europe as in the Middle East. Now you can grow many varieties of this vegetable. Eggplants can be as big as melons, or as small as eggs. The variety in color is also quite vast – there are purple, white, green and even striped vegetables. However, today in some countries, eggplant remains more popular than in others. In Europe and Japan, for example, far more varieties are grown than in America.

In some plants of the Solanaceae family there are alkaloids, colorless, bitter organic substances such as strychnine, morphine, quinine and caffeine, which have alkaline properties and contain nitrogen. As a result, some plants of this species are highly toxic whilst others contain light toxins. In eggplants, toxin solanine is found in fruits before they ripen, as well as in their leaves and stems. Solanine is an alkaloid that in some sensitive people can cause diarrhea, heart failure, headaches and vomiting.

People who can tolerate eggplant find that this vegetable can bring considerable benefits. Its consumption reduces swelling, stops bleeding (including hemorrhoids) and treats dysentery. Bioflavonoids in eggplants are useful for preventing strokes and hemorrhages. The vegetable contains phytochemical monoterpene compounds that show antioxidant activity and prevent heart disease and cancer. They inhibit the production of steroid hormones that stimulate the growth of tumors. Eggplants can also prevent cell oxidation, which also leads to cancer.

In many countries, eggplants can cure scorpion bites, putting their lobules directly on the affected area.  For frostbite suffers, they prepare eggplant tea, bring it to room temperature and apply it as a compress to the affected area.

Eggplants have several other health benefits. They have no fat, but a lot of fiber. They contain antioxidants and nutrients that help strengthen our metabolism and improve the brain’s health. Eggplants are low-calorie foods, which means that people can eat them in large quantities without fear of putting on weight. One cup of eggplants provides the body with plenty of vitamin B6 and thiamine. These vitamins are needed to convert food into energy. Eggplants also contain nasunin antioxidant and  important minerals like copper. Copper is necessary for the functioning of the human brain, and nasunin protects brain cells from damage by free radicals.