Alexander Mikhaylov on the Korsakov intellectual machines of the year 1832 • All PYRENEES · France, Spain, Andorra 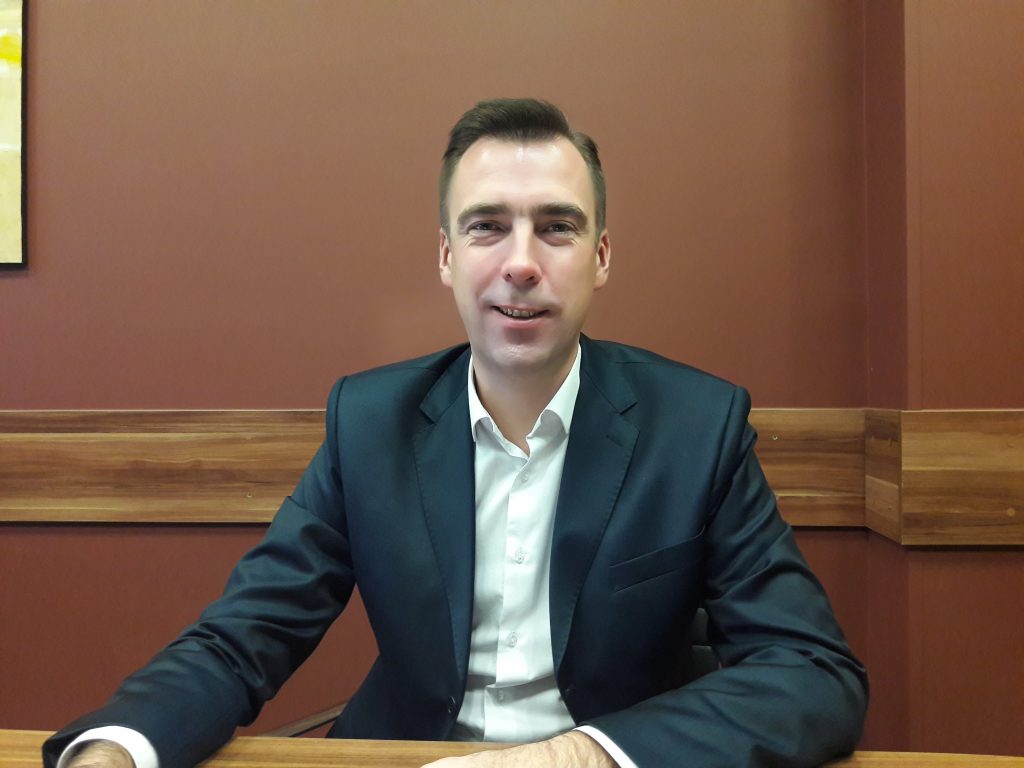 Alexander Sergeyevich Mikhaylov is a graduate of the Cybernetics Department of the Moscow Engineering Physics Institute (MEPhI) from the year 1999, a candidate of technical sciences, associate professor, member of the Russian Association of Artificial Intelligence (RAAI). Awarded with a Diploma of the Ministry of Education and Science of the Russian Federation.

A recognized expert in the study of pioneering works and inventions of collegium councilor Semyon Nikolayevich Korsakov (1787 – 1853) in the field of artificial intelligence. Prepared a modern edition of the Korsakov treatise of 1832, and proposed a theoretic-set of interpretation of his “intellectual machines” work.

Alexander, in 2009, under your editorship the publishing house of the Moscow Engineering Physics Institute published a modern edition of the original Korsakov treatise of 1832, with a detailed description, in Russian, of all the machines he proposed. What are Semyon Korsakov machines? As far as I understand, the principle of their action is different from modern computers.

Korsakov quite rightly believed that it is possible to strengthen the mental capabilities with the help of special methods and machines, just as, for example, a telescope strengthens our vision. To this end, he proposed recording information in such a way that it could be processed mechanically, that is, human-independent. 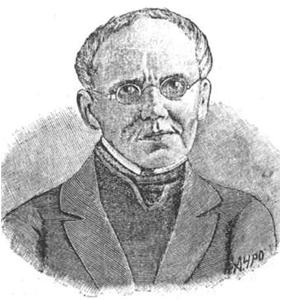 Punch cards played the role of Korsakov’s original knowledge bases, and intelligent machines were the forerunners of modern expert and search systems. The perforated table columns define some records, and the holes in the rows of each column determine their attributes. For example, the column may correspond to the drug name suitable for the treatment of a disease defined by a set of symptom-openings. Only an experienced doctor who could diagnose the disease by symptoms and know the appropriate treatment method could compile such a table. At the same time, using such a perforated table, you can find a suitable medicine for the symptoms observed in the patient, even without being able to diagnose the disease itself.

Korsakov took two steps to promote his inventions. He published a brochure,in 1832, “A Depiction of a New Research Method Using Machines which Compare Ideas”, written in French according to the tradition of the time. In the same year, Korsakov made an attempt to submit his inventions to the judgment of St. Petersburg Academy of Sciences.

Revolutionary for their time, his ideas were not adequately appreciated by contemporaries. The Commission of Academics failed to see the practical benefits of the presented inventions and, most importantly, the method development perspectives. The commission’s conclusion even contained an ironic remark: “Korsakov had spent too much of his intellectual power trying to teach others to do without any intellect at all.”

The discovery of Korsakov’s undeservedly forgotten inventions is owed, to a decisive extent, to the efforts of the professor of the Cybernetics Department of the Moscow Engineering Physics Institute Gellius Nikolayevich Povarov (1928 – 2004). How did he learn about Korsakov’s inventions?

In the 1980s, his attention was drawn to previously published archival materials of the USSR Academy of Sciences regarding the consideration of Korsakov’s petition. Povarov pointed out the importance of Korsakov’s work in the light of cybernetics and artificial intelligence development, conducted his own scientific and historical research, found the original Korsakov brochure in the Russian State Library and restored the basic facts of his biography. 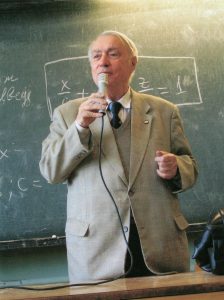 Povarov published the results of his research in English in the book “Computing in Russia: The History of Computing Devices and Information Technology Revealed”, published in Germany in 2001. I was lucky enough to be at the presentation of this unique book, which took place at our MEPhI Cybernetics Department. Gellius Nikolaevich talked very enthusiastically about Korsakov and his inventions. He also invited Alexander Nitusov, one of the co-authors and editors of the book, to the presentation.

Gellius Nikolaevich was a bright man, of the highest education and extraordinary erudition. You know, he was the editor of the first publications of Cybernetics by Wiener in Russian. He taught us brilliant lectures on mathematical logic. I believe that I was extremely lucky in life to be among his students.

We worked closely with the Dmitrov Kremlin Museum and Reserve near Moscow, where I helped Lyudmila Fatueva create a permanent exhibition dedicated to the inventions of Semyon Nikolayevich and the Korsakov family, who owned the Tarusovo estate, in the Dmitrovsky district, province of Moscow. As far as I know, this is probably the only museum in Russia where there is such a unique exhibition.

Why did Korsakov not patent his inventions?

Today it may seem strange to us, but Korsakov not only did not apply for a patent for his inventions, but he consciously refused this idea. Being a true aristocrat, Korsakov strove to help people, make their life easier through his inventions, and due to this enrichment was considered below his dignity!

In his appeal to the St. Petersburg Academy of Sciences, Korsakov wrote:

“Dear Sir, I hope that the Academy will be able to appreciate the motivation that forces me to voluntarily renounce the benefits of the exclusive privilege [patent], which I would have the right to demand to use a method still unknown.”

“If, their use [intelligent machines], will make it possible to make discoveries that are useful in science, most importantly if their use will help to more quickly find medicines that will ease the suffering of loved ones, this would be the best reward that the author wants to claim for all his work dedicated to this subject”.

What relation does the inventor Semyon Korsakov have to the famous composer Rimsky-Korsakov?

As far as I know, Nikolai Andreevich Rimsky-Korsakov belongs to the Korsakov family branch, which has common ancestors with Semen Nikolaevich Korsakov, but there is no direct relationship between them. We spoke with Lyudmila Fatueva on this subject in detail; she studied the Korsakov family history carefully. Korsakov and Rimsky-Korsakov clans had a common ancestor in the XIV century, but then their paths diverged. Thus, it seems to me correct to say, that both of them, Semyon Korsakov, and Nikolai Rimsky-Korsakov belong to the same ancient family that appeared in Russia in the XIV century, and gave us a great musician and a brilliant inventor.

Babbage worked about the same time as Korsakov. As Povarov noted, the Babbage analytical engine project is larger, but Korsakov was ahead of him using punch cards. Korsakov used punch cards for comparison, Babbage for the arithmetic, and after half a century, an American engineer Hollerith will apply them for both. 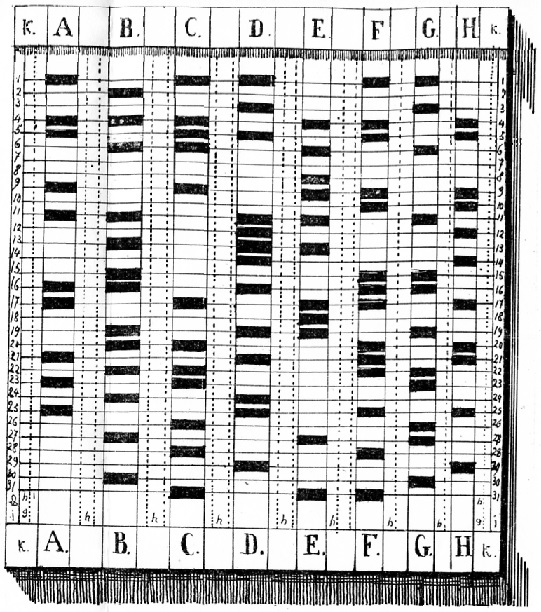 At the end of the 19th century, Hollerith electromechanical tabulators, that used punch cards, quickly found wide applications around the world, including Russia, and the commercial enterprise he founded turned into a modern IBM company eventually. 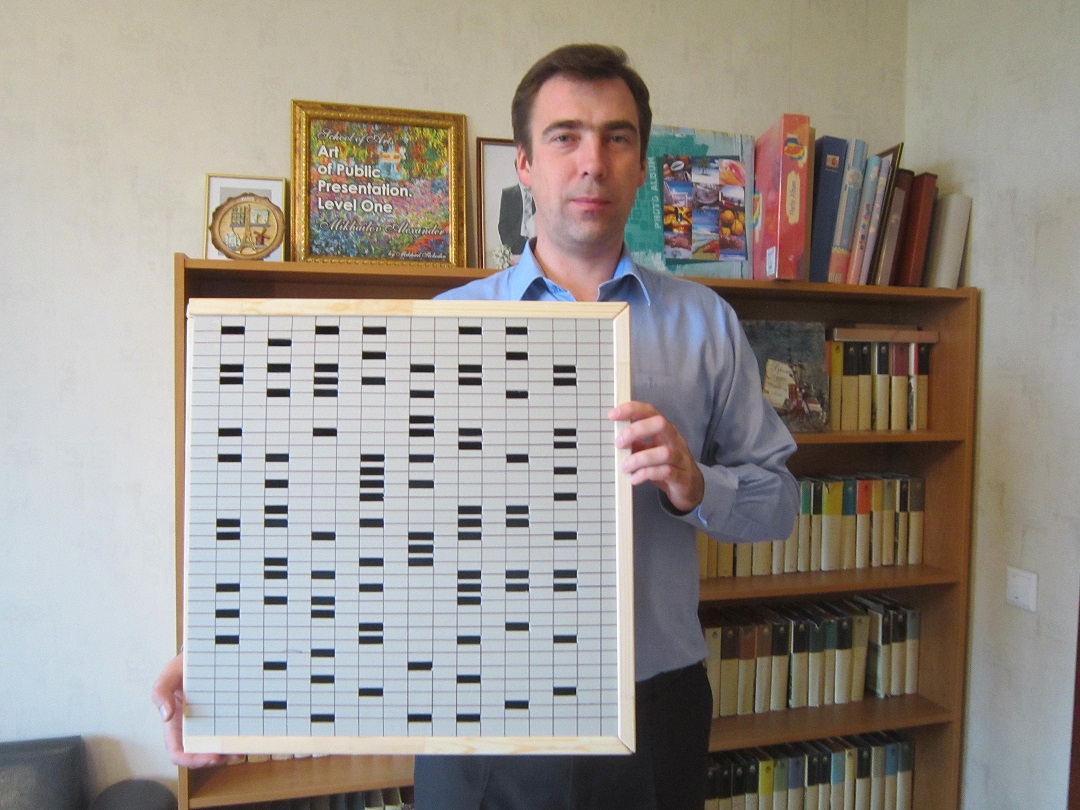 It turned out that from a formal point of view, Korsakov’s machines carried out basic operations on sets, that is, the very basis that still underlies modern discrete mathematics and computer science.

Korsakov machines are the forerunners of expert and search systems. With great attention, he sets out the problems, using modern language, multi-criteria search, weight coefficients, and large amounts of data processing. In Korsakov’s treatise we can even find an attempt to predetermine the concept of an algorithm in terms of mechanical operation for which “under the same conditions, at any time, the result will be the same”.

Auxiliary amplification for natural intelligence, the creation of methods and machines for information processing – is a step forward. Korsakov was well aware that he was doing something new, but he saw the future and directly encouraged future researchers: “The most prominent scientists will learn the principles on which this method is based”. Korsakov’s inventions are a pearl in computer science and artificial intelligence history!