Alexander Karabachinsky on the technologies for creating artificial organs in biomedicine • All PYRENEES · France, Spain, Andorra 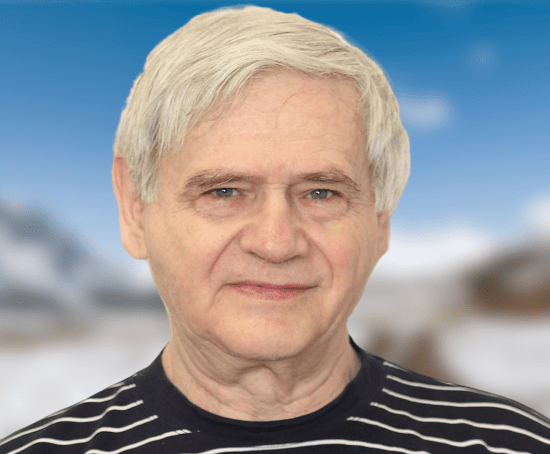 Alexander Leonidovich Karabachinsky was born on 11.16.1945 in the city of Pskov. He graduated from secondary school No. 8 in 1964 with a gold medal. In 1964 he entered and in 1970 graduated from the “Instrument-making” faculty (“Mathematical and computing electronics (Computing)” specialty) of the MHTS named after N.E. Bauman. From 1969 to 1970 he worked at the Central Mechanical Engineering Design Bureau. From 1971 to 1977, he was in active military service in the USSR Armed Forces. In 1977 he entered and in 1980 graduated from the Faculty of Mechanics and Mathematics (“Mathematics” specialty) of Moscow State University named after M.V. Lomonosov.

He carried out successful scientific management of the implementation and defence of 60 students’ diploma thesis. He lectured in several specialty courses, conducted scientific work. Conducts research work on several projects. From 10/18/2016 to 06/01/2017 he worked as a teacher of additional education at the SBEE of Moscow “School No. 1021” to prepare 11th-grade students for passing the Unified State Exam in mathematics and physics, as well as in preparation for mathematical Olympiads. He works as a tutor in mathematics, IT, physics in the repetit.ru and repetitors.info (profi.ru) associations. From October 18th, 2017 to June 30th, 2018, he worked as a teacher and project manager at the MIRBIS IT College.

A.L. Karabachinsky published over 30 scientific articles during the work. Currently, A.L.Karabachinsky works on a dissertation for the degree of physical and mathematical sciences candidate as an applicant at the Faculty of Mechanics and Mathematics of Moscow State University named after M.V. Lomonosov. In 1990 he was awarded the “ARCHIMEDES” gold medal of the Intellectual and Industrial Property and Innovation International Exhibition for the physiotherapy complex development. Foreign languages’ knowledge: English and German – reads and translates scientific, technical and fiction literature with the dictionary, can communicate.

Some time ago, you and your team conducted an experiment consisting in controlling the stem cells’ differentiation into myocardial cells and described this process mathematical model. Please tell us about this experiment, because this subject matter occupies many modern biologists and mathematicians.

The motivation for creating artificial organs is simple, understandable – the human body wears out following the apoptosis program, and a human being, as a personality, often wants to live long and at the same time wants to be healthy, active, respectively. The problem of creating artificial organs has a nonempty intersection with transplantology problems. These are, first of all, the rejection problems of the donor transplanted organs by the recipient’s organism – the problems of the immune response.

The autotransplantation technology of the progenitor, pluripotent cells, as well as stem cell transplantation is being investigated, developed and introduced into the clinic in the Experimental Department of the Research Institute of Transplantology and Artificial Organs named after V.I. Shumakov of the RF Ministry of Health to solve these problems. Cells for autotransplantation were taken from a patient, for example, from the bone marrow and underwent differentiation in a bioreactor (fermenter), in a nutrient medium. Then they were transplanted to the same patient during the operation in the surgical field, for example, in the heart attack zone during myocardial surgery.

The cells acquired pacemakers’ properties in the bioreactor due to differentiation according to the research group head, M.E. Krasheninnikov (Experimental Department of the Central Research Institute of TAO, the scientific adviser is Professor N.A. Onishchenko). The bioreactor nutrient medium and cell-substrate were motionless. Oxygen was passed through this medium. In 2005, we (A.L. Karabachinsky, G.V. Stepanov, D.A. Semerenko) proposed M.E. Krasheninnikov conduct cell growth and differentiation with subsequent morphogenesis for autotransplantation on a magnetoelastic (ME) moving membrane under the influence of an alternating electromagnetic field (EMF) and magnetoelastic (ME) magnetic field.

The experiment used magnetoelastic materials. Please tell us what it is and how it will be used in regenerative medicine and biofabrication.

Magnetoelastic (ME) is a durable, highly extensible – elastically deformable polymer film with ferromagnet micro and nanoparticles distributed in it – magnetic domains. A ME movable membrane oscillates under the influence of an alternating electromagnetic field (EMF) of the solenoid, which, together with the alternating EMF and the ME magnetic field, affects the cells’ metabolism, stimulating their differentiation and morphogenesis. Cells in a nutrient medium are located on a magnetoelastic (ME) membrane. Magnetoelastic (ME) was developed and manufactured by G.V. Stepanov and his laboratory at the State Research Institute of Chemical Technology and Elemento-Organic Compounds (SRICHTEOC).

M.E. Krasheninnikov accepted our offer. We created the process mathematical model and the corresponding experimental setup and conducted a series of experiments with cells under the guidance of M.E. Krasheninnikov in 2006 – 2010. M.Samsonov, a diploma student at MSUIECS, participated in the experiments. As a result, we obtained an ordered structure of cells oriented under shear stresses and the ME moving membrane deformations. It is also assumed that these factors—the ME membrane vibrations in combination with exposure to an alternating electromagnetic field (EMF)—stimulate the differentiation of cells into cardiomyocytes, moreover, they form pacemaker properties in them. The ordered cellular structures morphogenesis on this movable ME membrane is stimulated also.

Therefore, this technology can be applied for operations on the myocardial conduction system in case of cardiac arrhythmias. Cardiac arrhythmias loci and zones can be blocked before differentiated cells transplantation, rearranged by phonophoresis with ultrasound – directed transport of noradrenaline, for example. Appropriate experiments on the myocardium sinus node of the experimental animals (rabbits, dogs) were carried out in 1994-1996 A.L. Karabachinsky and G.K. Chizhov at the Moscow Medical Institute named after N.I. Pirogov.

It is known that cells during embryonic development, among other things, are very dependent on the “morphogenesis mechanical factors”—the cells move by themselves, move each other, and ultimately form anatomical structures. Is it possible to control the magnetoelastic medium movement to get an organ or tissue prototype?

The idea of growing and differentiating cells on a movable medium is simple: movable nutrient medium in combination with the ferments (enzymes) action, other biochemical factors, acoustic fields, biocompatible alternating electromagnetic fields, in particular, the low-frequency (LF), extremely high-frequency (EHF), and optical range (laser) recreates and enhances the natural proliferation factors, cells differentiation, and morphogenesis both in the embryogenesis process and in the further ontogenesis process. The technology developed and investigated by us seems promising. This work was partially supported by a grant from the “Scientific and Scientific-Pedagogical Personnel of Innovative Russia” NK-372P-1 (P1714) Federal Target Program. Two articles were published in the scientific works’ collection and the journal. Currently, A.V. Kirichenko (Institute of Mechanical Engineering of RAS) was the initiator of this work resumption, he came to similar ideas independently of us. In particular, A.V. Kirichenko put forward the idea of creating spatial 3D – cellular muscle structures (artificial morphogenesis) using 3D bioprinting.

How do you see the development of this method of artificial morphogenesis controlling in the future, maybe even in the distant one?

1. The artificial tissues and whole organs creation in a bioreactor (fermenter)—in a biodegradable gel medium, which is also a nutrient medium for cells cultivated and differentiated on a ME moving membrane under the influence of an alternating electromagnetic field (EMF) in the low and infra-low frequencies of the biological range, in the EHF range, as well as laser radiation. Of great importance here is not only the frequency of the exposure signal but also the frequency of exposure sessions by these physical fields. These frequencies must be synchronized, in resonance or multiple to the frequencies of cells’ energy metabolism; i.e., match their biorhythms spectrum.

2. The artificial organ growth (morphogenesis) in the old organ natural environment with the help of mass transplantation (cell autotransplantation) of differentiated cells and tissues cultivated on a ME movable membrane in a bioreactor seems more promising. It is a massive, distributed transplantation of cellular material and tissues into the old organ (myocardium, liver, kidneys, spinal cord and brain) that is necessary because, due to old cells mitochondria apoptosis with periodic renewal, cells appear in their place that contains genetically determined mitochondria included apoptosis program also. This apoptosis program is not included in transplanted cells.

Perhaps, under conditions of artificial morphogenesis, it is necessary to carry out targeted delivery of drugs containing “V.P. Skulachev ions” in the cells’ autotransplantation place and tissues. To stimulate pacemaker cells transplanted into the right atrium of the myocardium, it is necessary to connect electric cardiac pacemakers (ECP), as well as contactless exposure to these zones of an alternating electromagnetic field (EMF). Similarly, electromagnetic, laser neurostimulation (EMLNS) should be carried out when transplanting cellular material into the areas of the brain and (or) spinal cord.

3. An artificial ventricle of the heart (AVH) and cardiac pump (CP) using 3D bioprinting, biocompatible with blood cells in extracorporeal circulation. Distributed networks of electromagnetic stimulators under the microcontrollers’ monitoring must be built into the AVH and CP walls to stimulate blood cells. The myocardium performs not only pump functions, but it is an electric and magnetic field generator as well. It forms electric and magnetic dipoles, for example, in red blood cells for the assembly of “rouleaux” during electroadhesion, of oxygen metabolism stimulation, and homeostasis maintenance.