Alcaraz and its attractions • All PYRENEES · France, Spain, Andorra 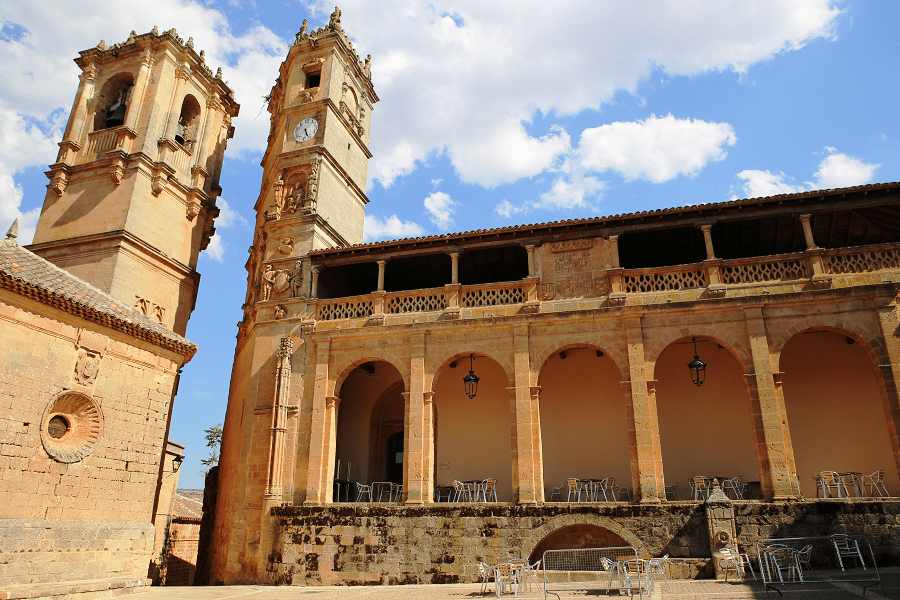 Alcaraz is a Spanish municipality and town in the province of Albacete, in the autonomous community of Castilla-La Mancha. 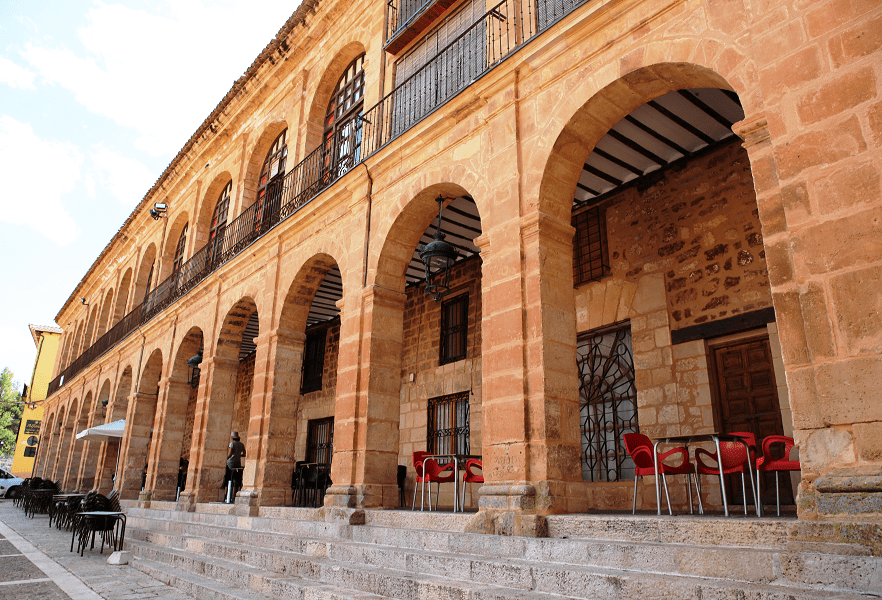 Declared a Historic-Artistic Site by Decree of December 28, 1945. It dominates the historic-artistic site of Alcaraz. It is an irregular rectangle, with arches on three of its sides (the fish markets). 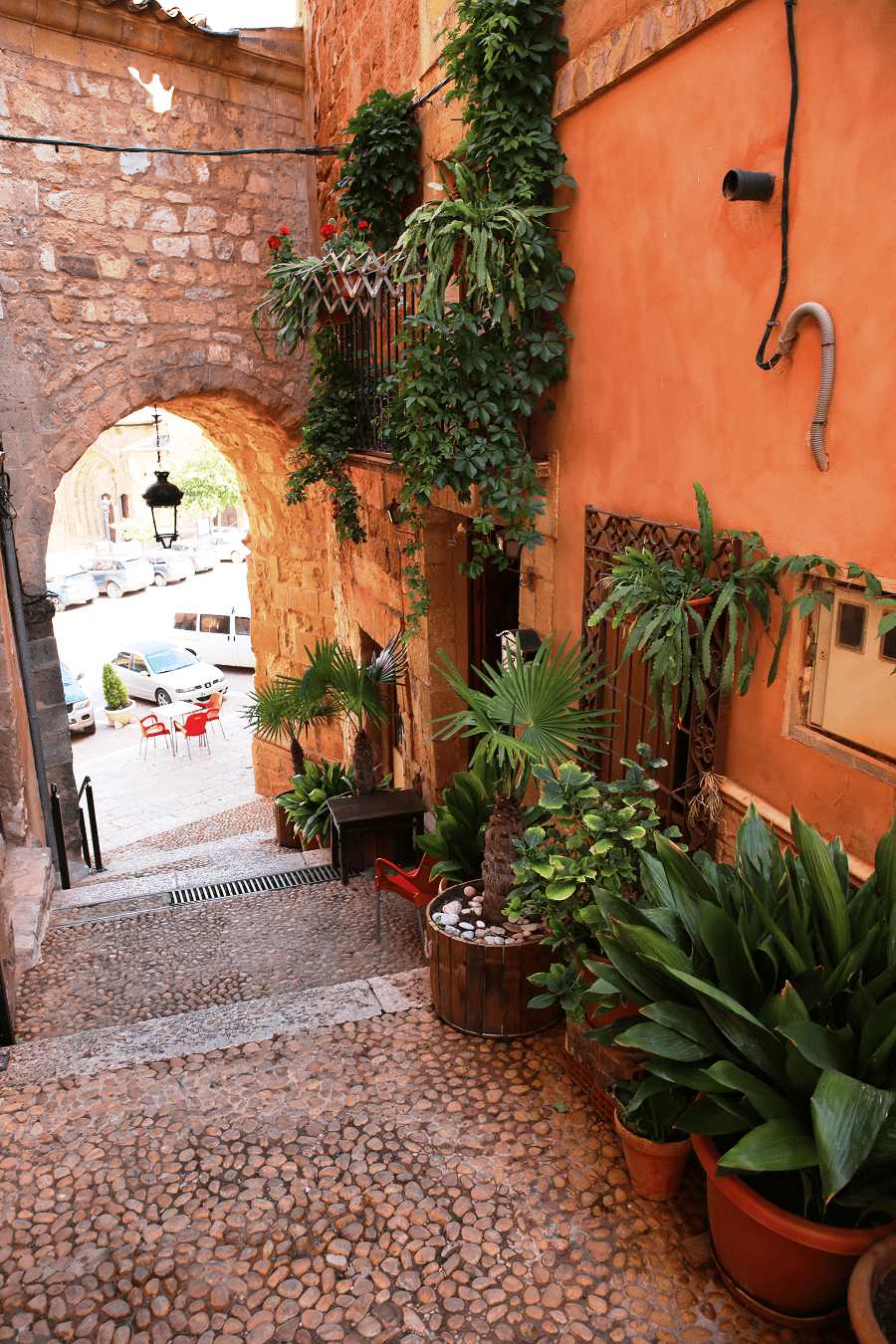 It has a uniform Renaissance style, with a very clear Italian influence, which makes the ensemble exceptional. It is made up of the following buildings:

Church of the Holy Trinity and Saint Mary

This Gothic and Renaissance church dates from the 14th and 15th centuries. It is the only parish that remains of the twelve that existed at the time and is currently the archpriest’s seat. Its compound name is explained by the union of the newest of the Alcaraceñas parishes of the Santísima Trinidad, with the primitive one of Santa María, which was located within the walls of the fortress. 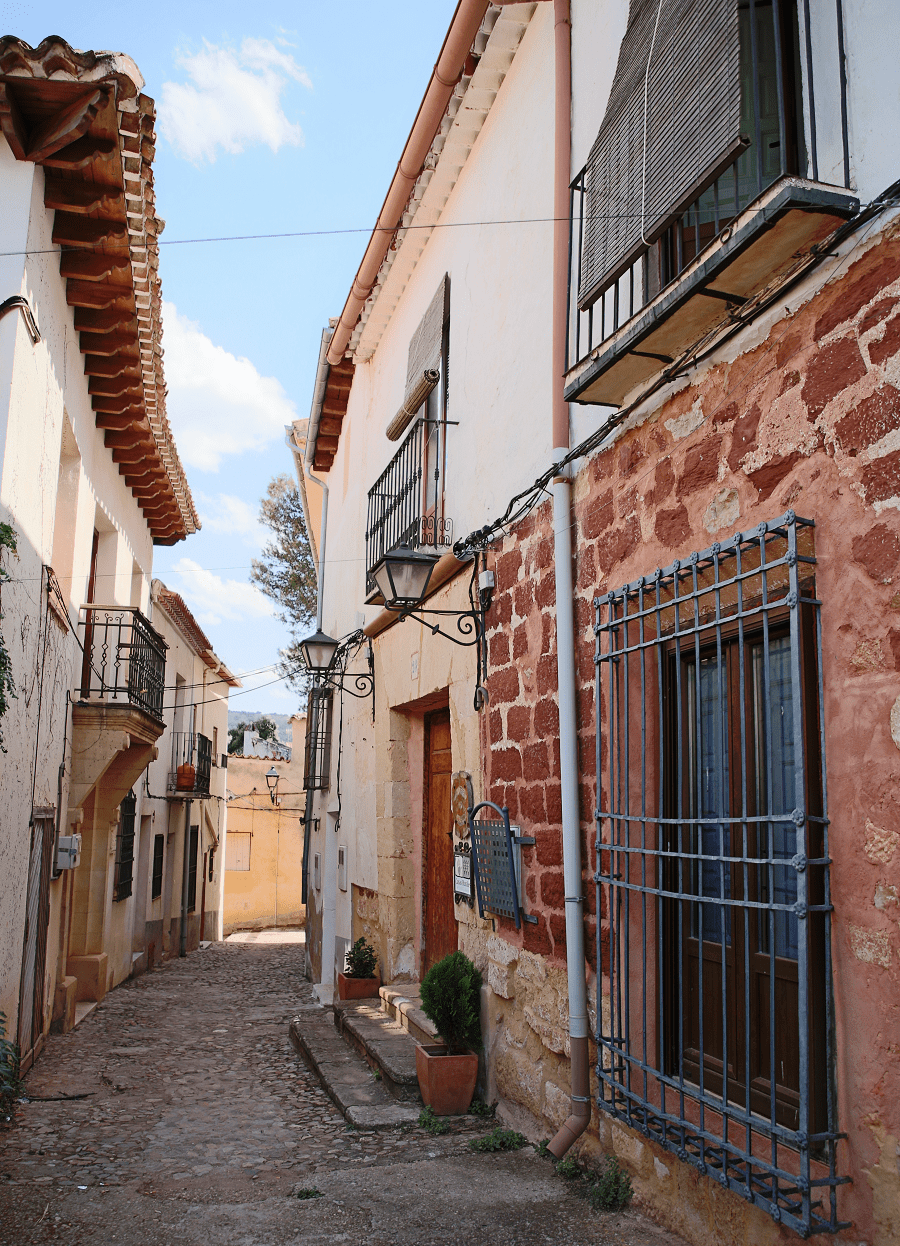 The Torre del Tardón rises on the border with the Lonja de Santo Domingo. It stands right next to the Torre de la Trinidad and forms the best-known image of Alcaraz. 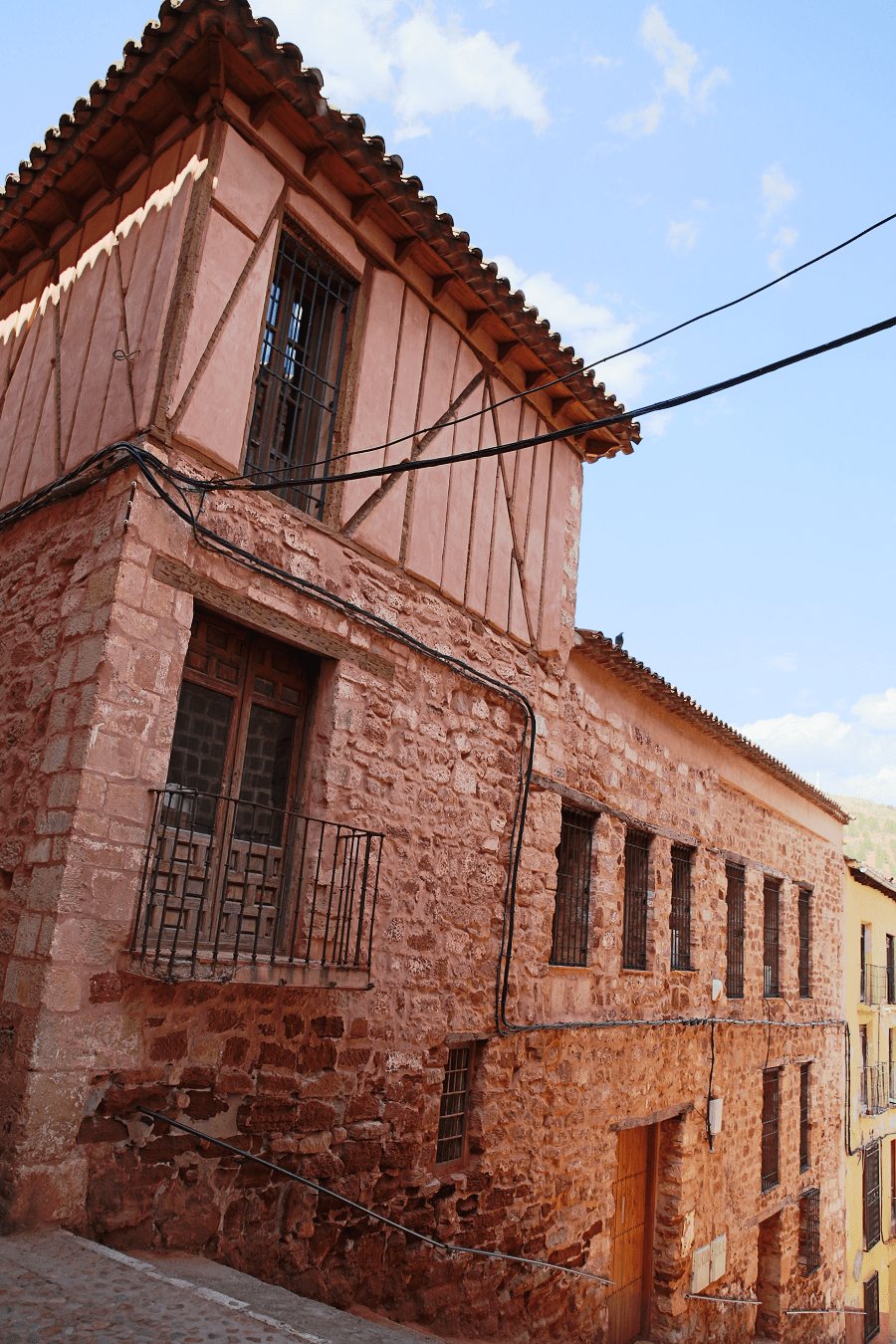 In the purest style of the Italian ‘loggia’ of the ‘cinquecento’, it constitutes the rest of the old convent of this name. This fish market has five arches, and an upper gallery with a huge coat of arms of Philip II stands out above the central arch. 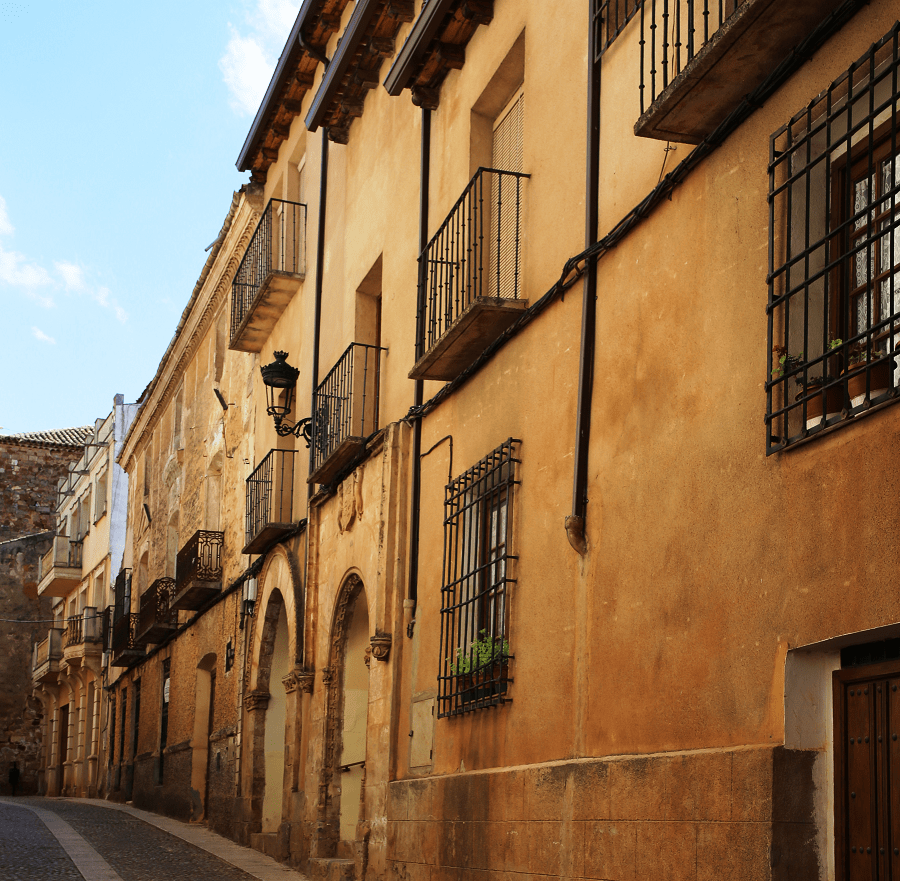 With two galleries of twelve arches each. 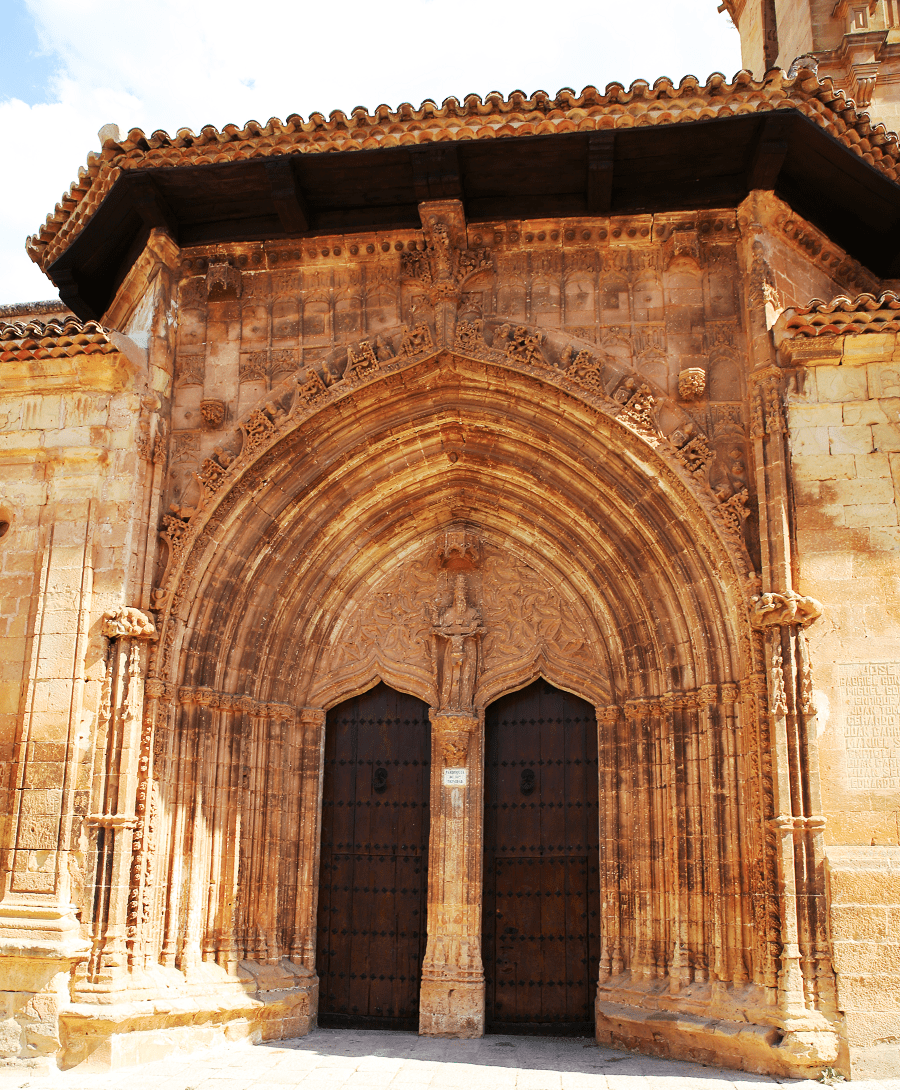 It is the current City Hall building. It consists of two galleries of five arches each. 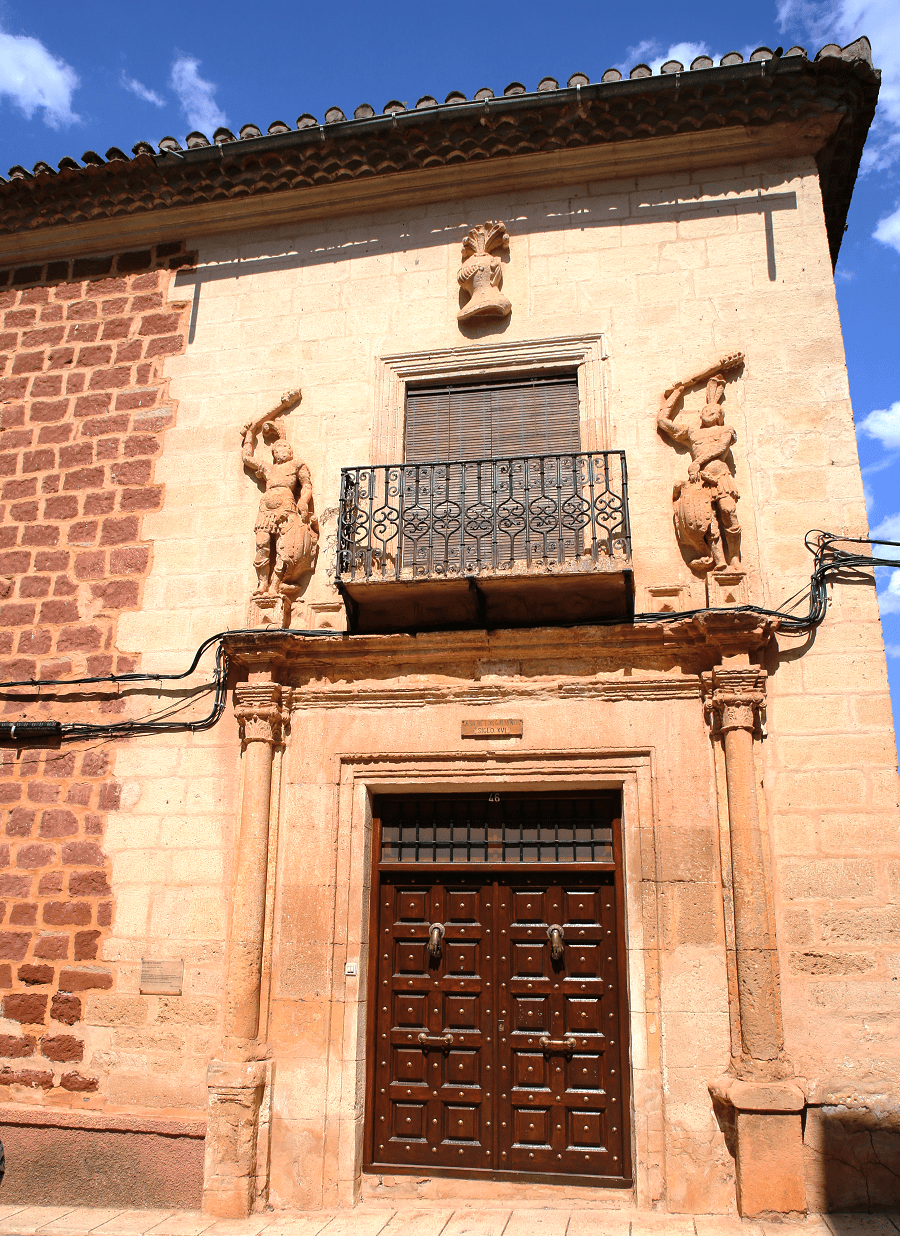 The portal of the Alhorí rises on Calle Mayor, adjacent to the City Hall palace. It is of plateresque style. It is a semicircular arch flanked by carved columns and topped by architectural elements that are also elaborately carved. It is possibly the most attractive and important monument in the city. It is the work of the Alcaraceño architect Andrés de Vandelvira. 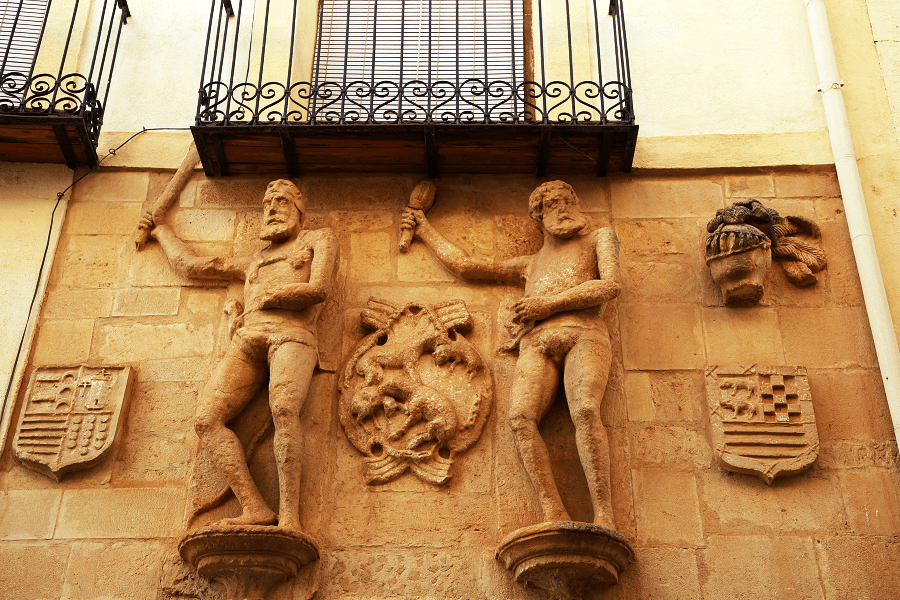 The castle of Alcaraz is known to exist in the 11th century, although it could have been built a century earlier, first as a watchtower that controlled the Guadalmena valley and later as a fortified citadel. 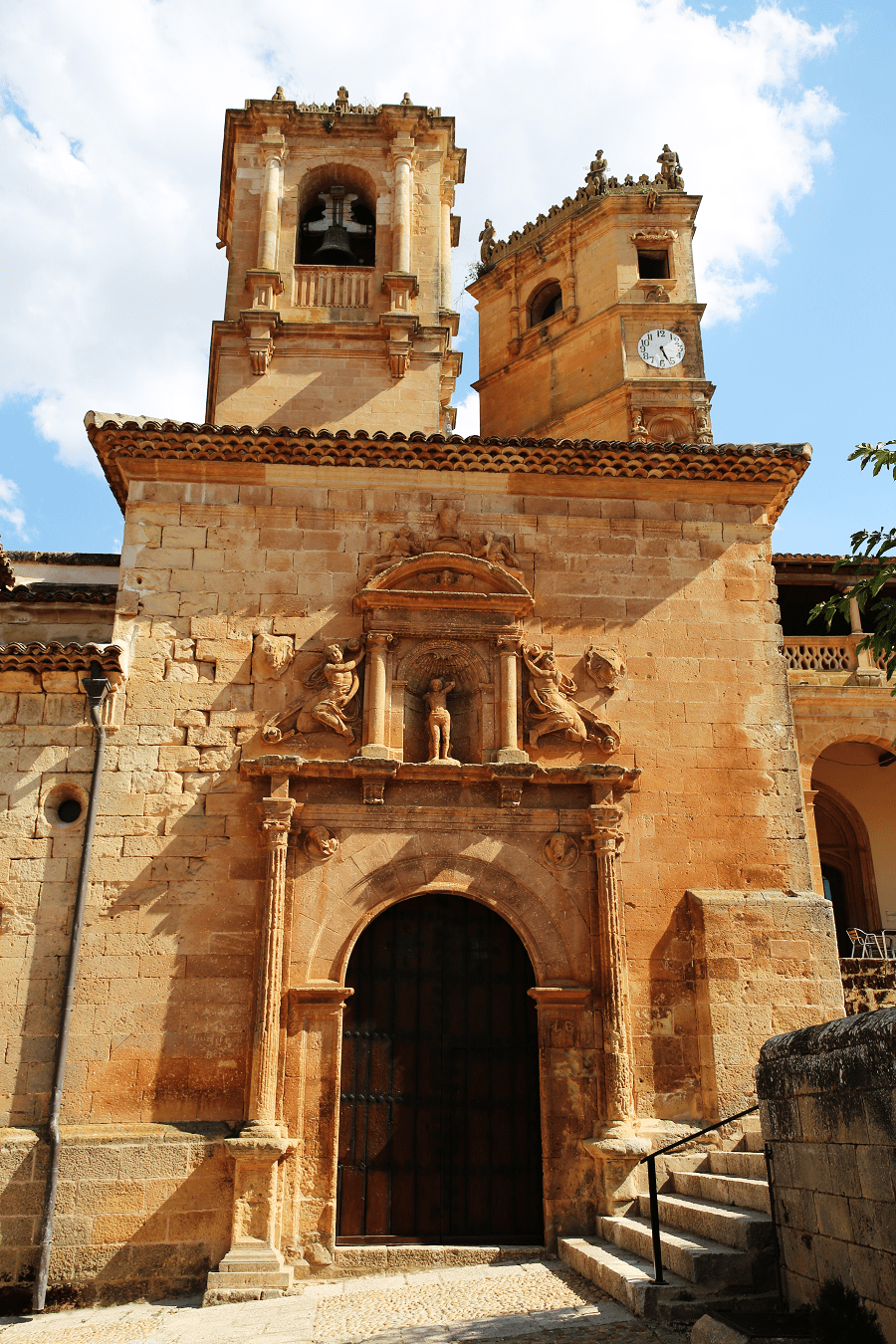 The Alcaraz aqueduct stands at the entrance of the town, on the existing pass between the San Cristóbal hill at the foot of the castle and the Santa Bárbara hill (where the monument to the Sacred Heart of Jesus currently stands). It is one of the most characteristic monuments of Alcaraz. 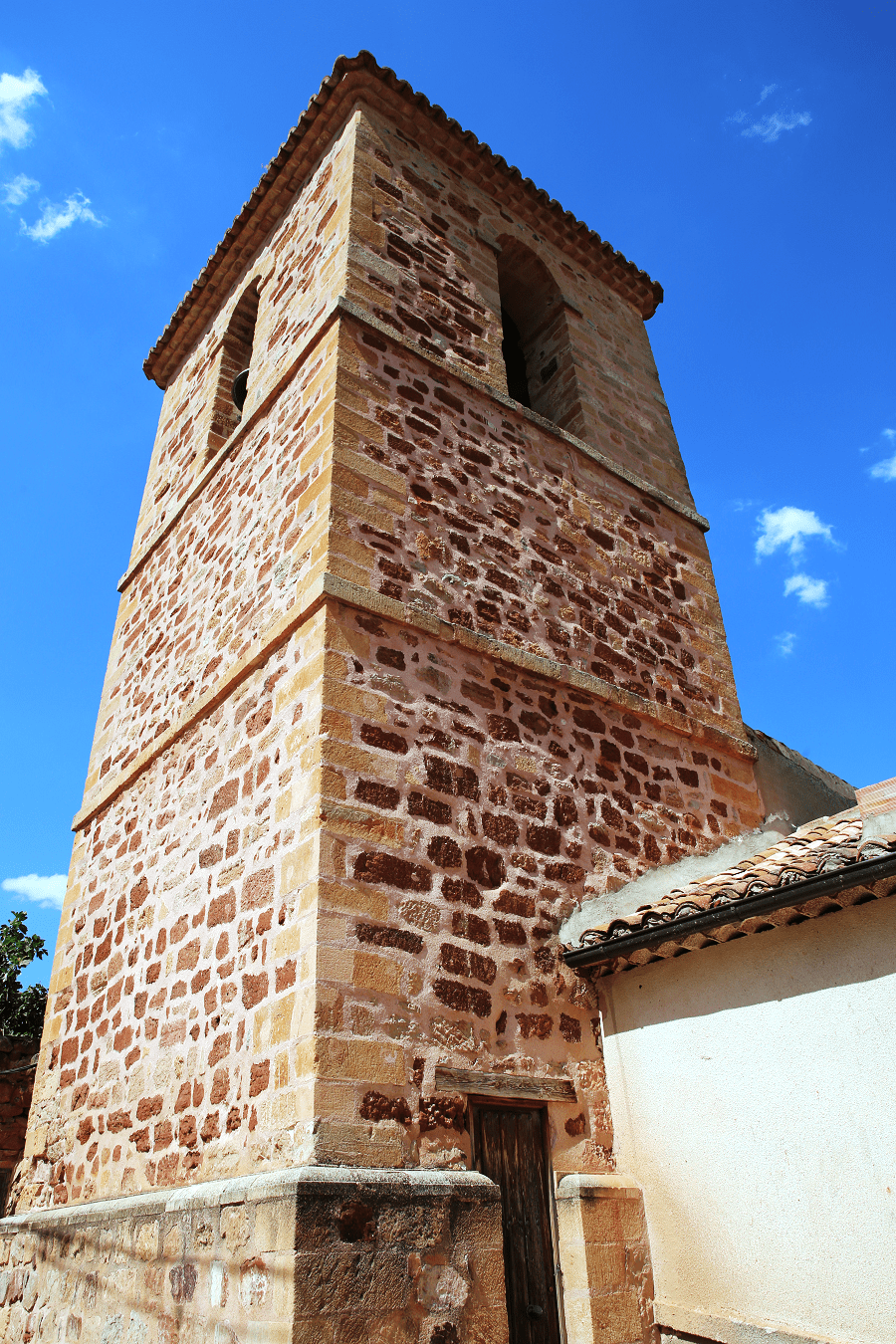 The castle of Cortes is located on the outskirts of the municipality of Alcaraz. It dates from the 13th century (1222); with reforms in the 18th century. It is very renovated. It belongs to the Catholic Church and is intended for the celebration of religious acts. Access is free. It is protected by the generic declaration of the Decree of April 22, 1949, and Law 16/1985 on Spanish Historical Heritage. 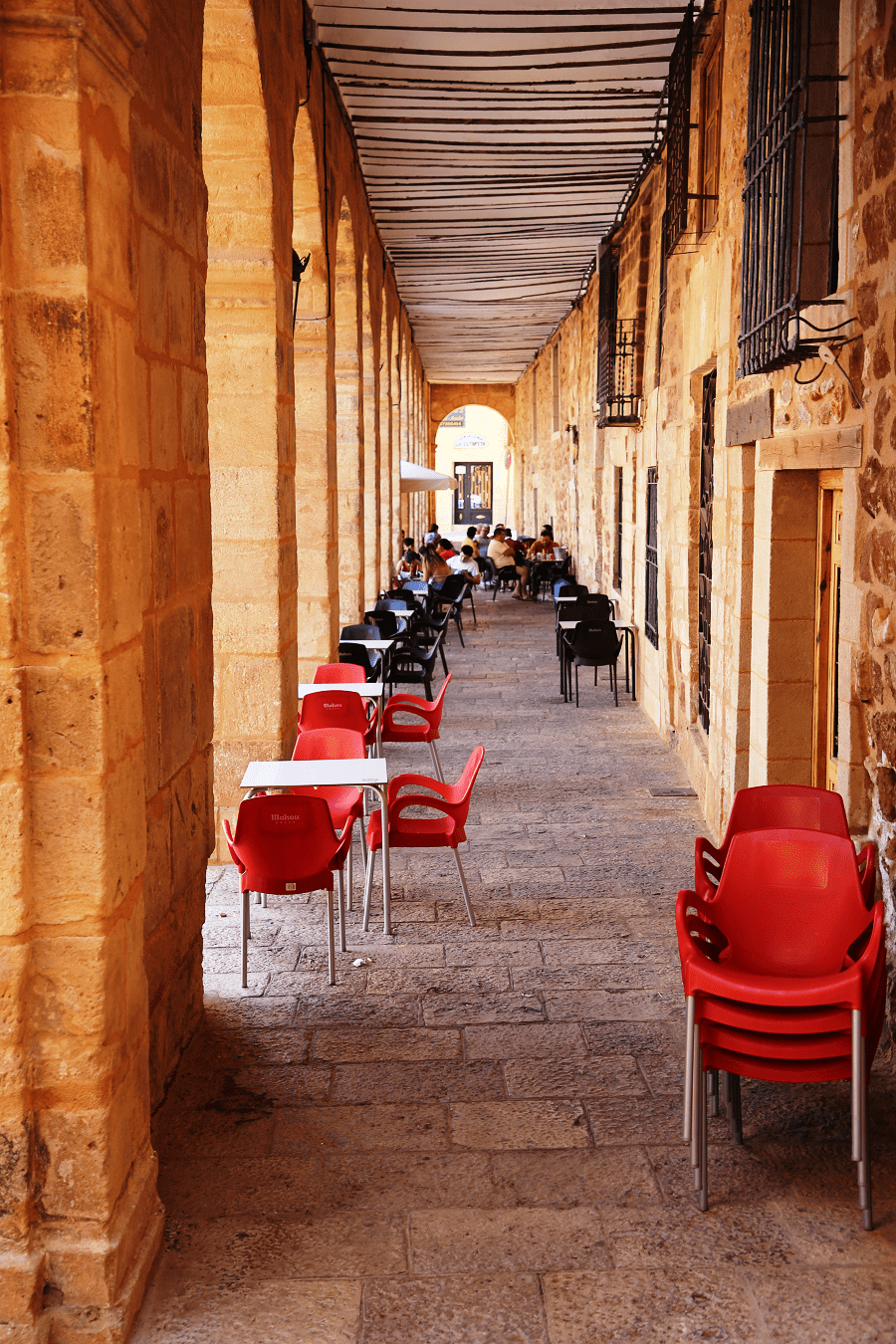 Royal Monastery and Sanctuary of Cortes

The sanctuary of Cortes is located on a dominant hill to the northwest of Alcaraz, four kilometers away from the town. Its name would come, according to popular tradition, the fact that the Cortes of Castile and Aragon came in this area in 1265, on the occasion of the meeting between Alfonso X of Castile and Jaime I of Aragon. 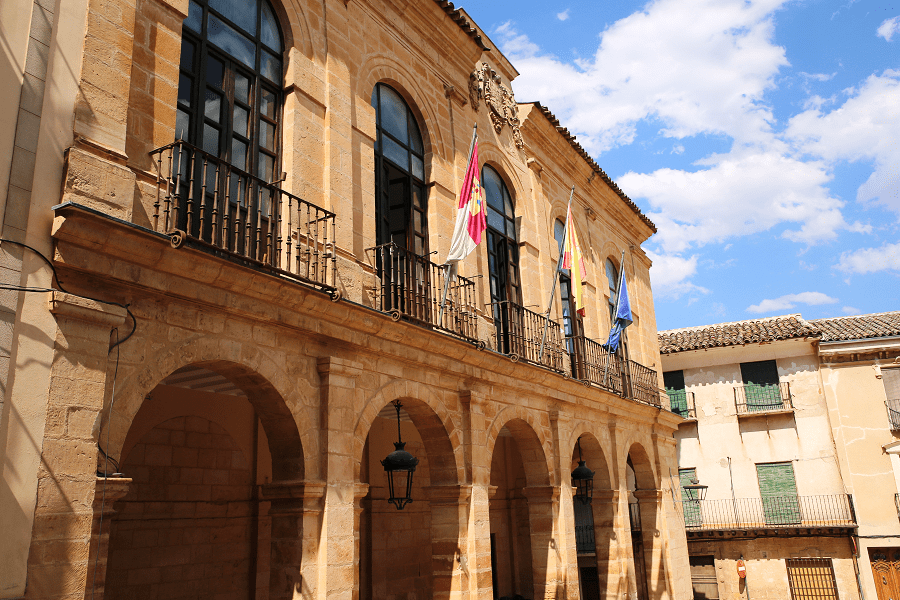 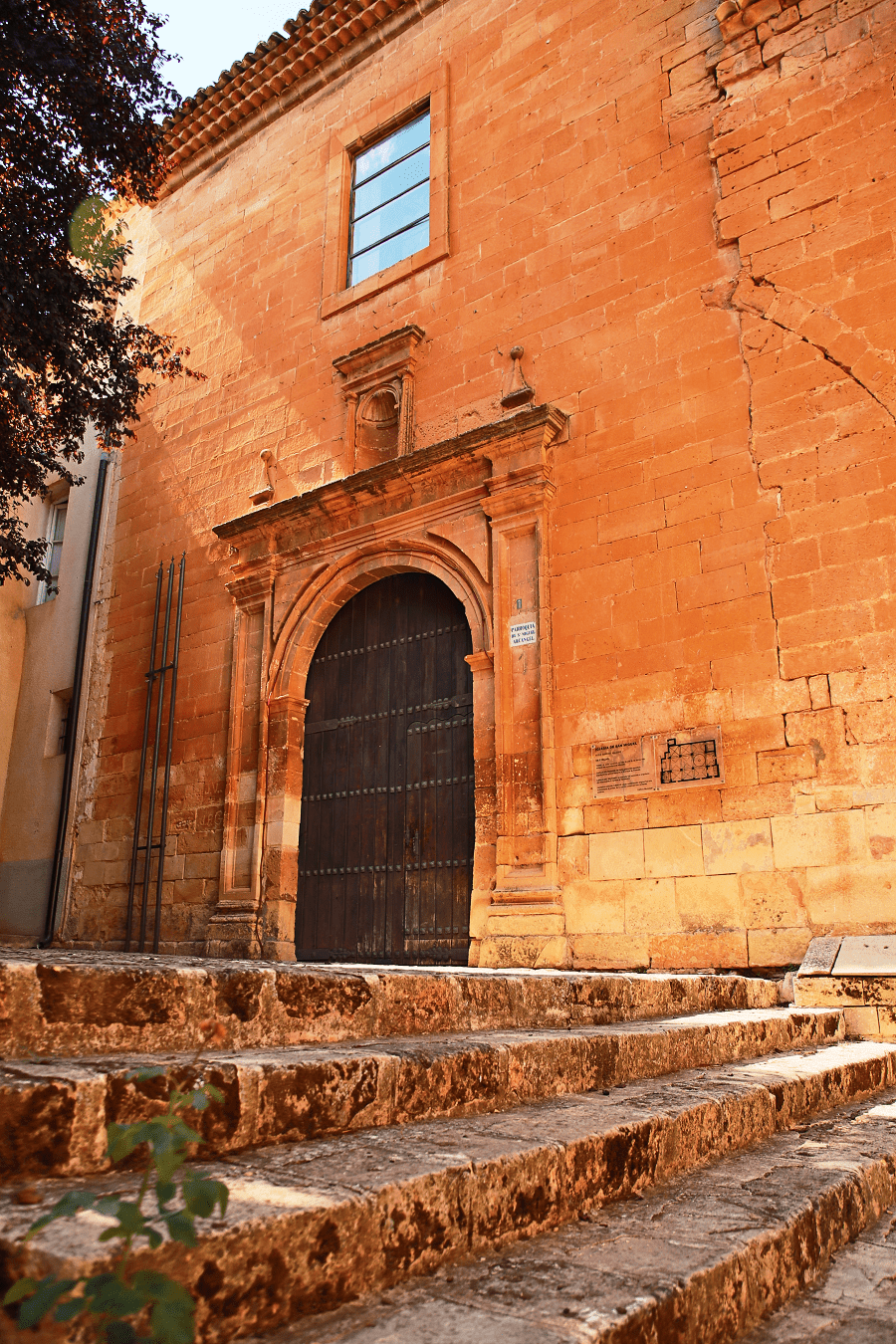 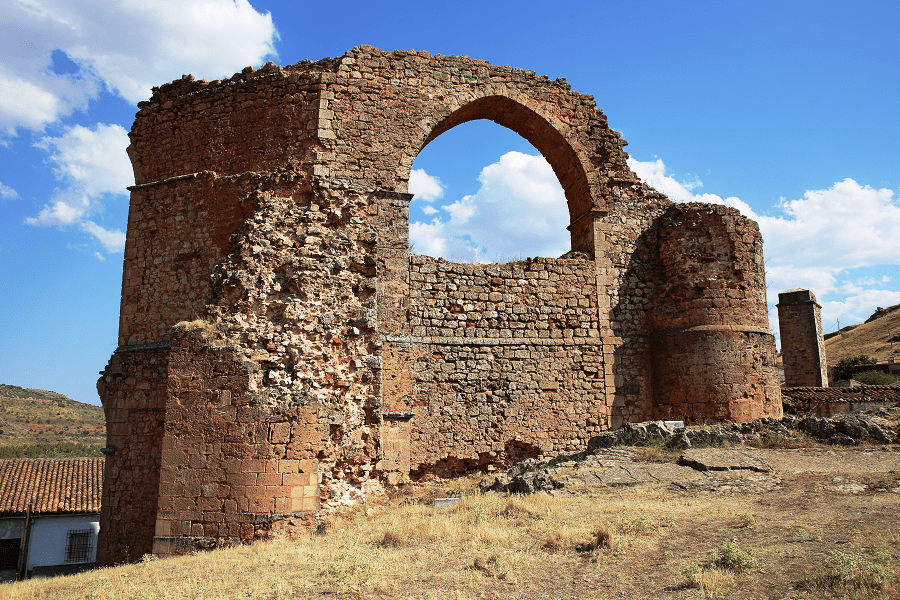