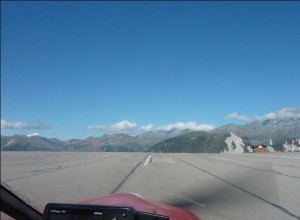 Andorra and France discussed the prospects of cooperation in the framework of the operating of cross-border airport Andorra – La Seu D’urgell (located in Spain). In addition to the operating guide of the airport, the main issues, discussed at the meeting of representatives of state authorities of Andorra and France, focused on projects to improve the infrastructure and improve the service level with the ability to operate the airport 24 hours a day in winter.

At the meeting it was noted that France is ready to allocate the budget, which, in particular, will be spent on repair of roads out of Andorra to France RN20 and RN22. These roads are often closed in winter because of the danger of avalanches.

On the agenda the questions of improving transport links between Andorra and France for the period 2015-2020 were also discussed. It was proposed to empower the carriage of passengers and goods, including wastes.

A bilateral meeting between the representatives of Andorra and France – part of the commitments made during the visit of French Prime Minister Manuel Valls to Andorra in June 2015.