Last year air quality in Andorra met all requirements, reports the the Ministry of Environment, agriculture and Sustainable development in its annual study • ALL ANDORRA 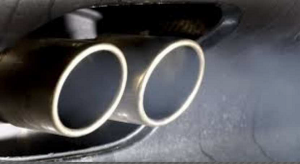 Last year air quality in Andorra met all requirements, reports the the Ministry of Environment, agriculture and Sustainable development in its annual study. According to the report the air quality in Andorra fixed at between “excellent” and “good” for 8041 hours (92% of the time), at the level of “satisfactory” – 617 (7%) and the level “unsatisfactory” – 126 hours ( 2%). 2016 was a leap year with total of 8784 hours in it.

Since 2010 there has been a stabilization of the air quality in Andorra. The Ministry of Environment carries out automatic and manual monitoring of air quality at meteorological stations (located in Escaldes-Engordany and Lake Engolasters), as well as via mobile phone applications.

According to daily studies the Ministry reveales two periods of time when the level of nitrogen dioxide was at a peak: in the morning from 7.00 to 10.00 and in the evening from 18.00 to 20.00. Moreover, its maximum concentration was recorded in the western part of the urban areas of Andorra, where vehicular traffic was more intense. In general, the content of nitrogen dioxide in the air for 11 months was below normal limit, and only in December 2016 exceeded the norm.

As for the content of sulfur dioxide in 2016 it also was below regulatory limits. The reason is that the diesel fuel, which is imported into the Principality, contains low sulfur content.

From 1st July, before going to see a medical consultant in Andorra, patients must visit their GP