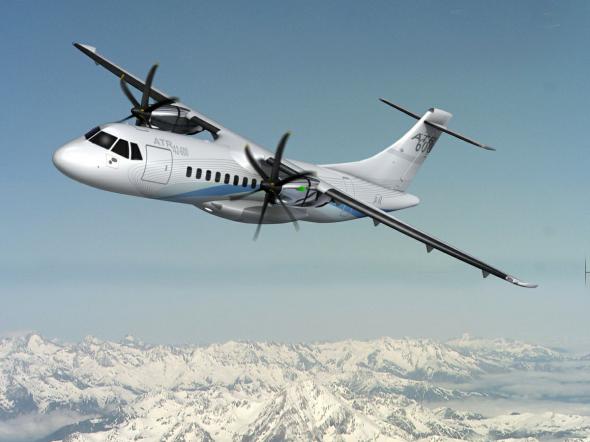 AndAir (Air Andorra) plans to launch regular flights Barcelona-Andorra-Barcelona in 2014. This was announced by a representative of the company. In accordance to his words, in spite of the fact that  Andorran investors have pulled out of the project, the company is within the time limits and first regular flights between El Prat airport (Barcelona) and La Seu D’ Urgell in Spain (10 km from the border with Andorra) are scheduled for the end of 2014.

He also emphasized that by current moment the agreements with 5 Russian airlines on the routes to Andorra with a transit via Terminal 2 of El Prat Airport have been completed. The airline plans to accomplish up to 5 roundtrip flights. The average one-way ticket price will make up about 75 euro, the length of flight –25 minutes.

The company plans to transfer at least 120 000 of passengers within its first year of work. Later on the geography of routes will be amplified to Toulouse, Madrid, Ibiza, Majorca, Lisbon and other cities.

The route Barcelona-Andorra-Barcelona will be serviced by French turbine ATR 42 320 with a passenger capacity of 46 persons.

The experts note that this route will make a serious competition to the bus service between Andorra and Barcelona. The cost of one-way bus ticket Andorra-Barcelona is no less than 30 euro, but the journey time makes more than 3 hours.

It should be noted that La Seu D’Urgell airport (10 km from the border with Spain)  has been reconstructed since 2013. In the result of that reconstruction Andorra plans to increase the amount of tourists and to enhabce the level of investment attractiveness.