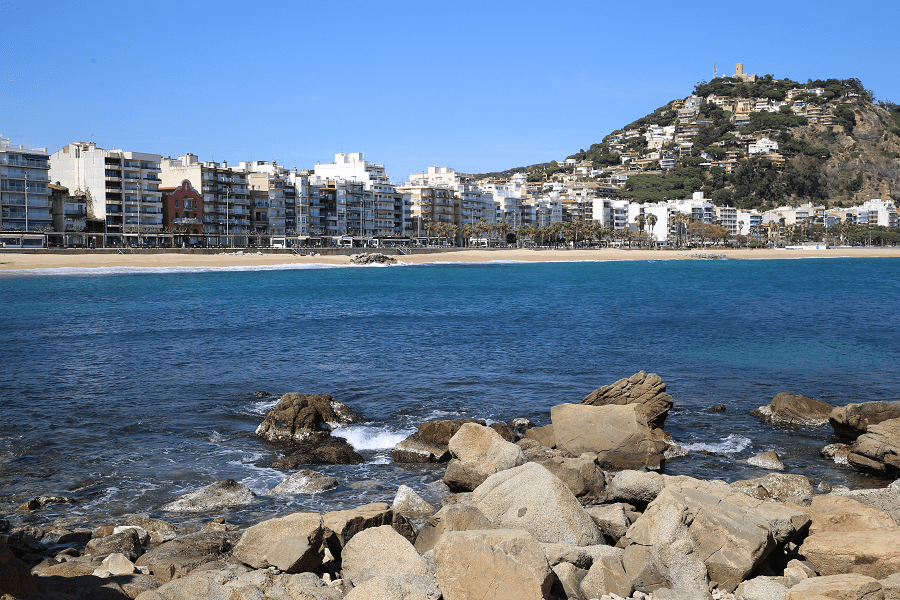 The division into municipalities and provinces was organized after the territorial division of Spain in 1833, with variations in the form of mergers of municipalities, especially in places where depopulation was the main demographic force.

Barcelona is bordered by the provinces of Tarragona, Lleida, and Girona, and by the Mediterranean Sea. Its area is 7,726 km2. 5,609,350 people live in the province, of whom about 30% (1,620,343) live within the administrative limits of the city of Barcelona, which itself is contained in the Barcelona metropolitan area.

The capital of the province is the city of Barcelona, and the provincial council is based in the Casa Serra on the Rambla de Catalunya in that city. Some other cities and towns in Barcelona province include L’Hospitalet de Llobregat, Badalona, Cerdanyola del Vallès, Martorell, Mataró, Granollers, Sabadell, Terrassa, Sitges, Igualada, Vic, Manresa, Berga.

The population of the province in 2019 was about 740 000. Its capital and largest city is Girona, with an urban area (including the neighbouring municipalities of Salt, Sarrià de Ter and Vilablareix) representing, with a total population of 144,709, 19.2% of the population. The Girona area acts as an industrial, commercial and service hub for a significant part of the province.

Lleida lies in north-eastern Spain, in the western part of the autonomous community of Catalonia, and is bordered by the Provinces of Girona, Barcelona, Tarragona, Zaragoza and Huesca and the countries of France and Andorra. It is often popularly referred to as Ponent (i.e. the West).

Of the population of about 415 000 (2019), about 30% live in the capital, Lleida. Some other towns in the Province of Lleida are La Seu d’Urgell, Mollerussa, Cervera, Tàrrega, and Balaguer. There are 231 municipalities in Lleida.

Tarragona is a province of the southern part of Catalonia. It is bordered by the provinces of Castelló, Teruel, Zaragoza, Lleida and Barcelona and by the Mediterranean Sea.

The province’s population is about 796 000 (2019), about one fifth of whom live in the capital, Tarragona. Some of the larger cities and towns in Tarragona province include Reus, Salou, El Vendrell, Tortosa, Valls, Amposta. This province has 183 municipalities. The province includes several World Heritage Sites and is a popular tourist destination.

However, in connection with the growing strengthening of self-government, the local administrations of Catalonia have called for the creation of other administrative levels, which would be more consistent with the administration of this administration.

Thus, in 1936, a new territorial division was established, as a result of which 38 counties (cat. Comarques) were created, and later in the 80s the number of counties increased to 41. In 2015, the county of Moianès was legally constituted in accordance with the second additional provision of the law of April 23, increasing up to 42 counties that form the Catalan territory.

A comarca is a group of municipalities, roughly equivalent to a “county” in the USA or the UK. However, in the context of Catalonia, the term “county” can be a bit misleading, because in medieval Catalonia, aside from the kings of Aragon, the most important rulers were counts, notably the Counts of Barcelona and of Urgell. Comarques have no particular relation to the “counties” that were ruled by counts.

Catalonia is currently divided into 42 comarques: 41 comarques, each governed by its own district council, with the exception of Barcelones, where the district council was abolished in 2019, and Aran, a unique territorial entity governed by the General Council of Aran. The simplification “42 comarques” is often used (although Aran is not a district), which makes it possible to group equivalent information using a single name.

Each municipality typically represents one significant urban settlement, of any size from village to city, with its surrounding land. This is not always the case, though. Many municipalities have merged as a result of rural depopulation or simply for greater efficiency. Some large urban areas, for example Barcelona, consist of more than one municipality, each of which previously held a separate settlement.

Larger municipalities may sometimes grant the status of “decentralised municipal entity” (EMD) to one or more of its settlements, for more effective provision of services or to substitute for its previous status as a separate municipality.

The vegueria was the feudal administrative territorial jurisdiction of the Principality of Catalonia (to the Crown of Aragon) during the Middle Ages and into the Modern Era until the Nueva Planta decrees of 1716. The vegueria was headed by a veguer (Latin: vigerius) and its office was called a vigeriate (Latin: vigeriatus).

Vegueries were also in place during the Crown of Aragon dominion of Sardinia, and –briefly– during the same in the Duchy of Athens

When Franco died and Spain returned to a democratic system, the Spanish regions entered a process of intense devolution, from the central government, but also internally. In Catalonia, the comarcas were reinstated in 1987, although the veguerias have yet to be formally reclaimed.

Under the 2006 Statute of Autonomy of Catalonia, the four diputacions provincials (provincial government of the provinces) which make up Catalonia are to be superseded by seven consells de vegueries (veguerial government), which will also take over many of the functions of the comarques. As of May 2011, the final boundaries of the new vegueries have not been formally approved.

They were expected to be similar to the 9 regions of the Republican Generalitat, as follows:

The previous Catalan regional government (2006–2010) hinted plans to formally re-establish the vegueries in 2011 and use them as the “building blocks” of the region.

However, the 2010 Catalan regional election produced a new legislature which has put these plans on hold.