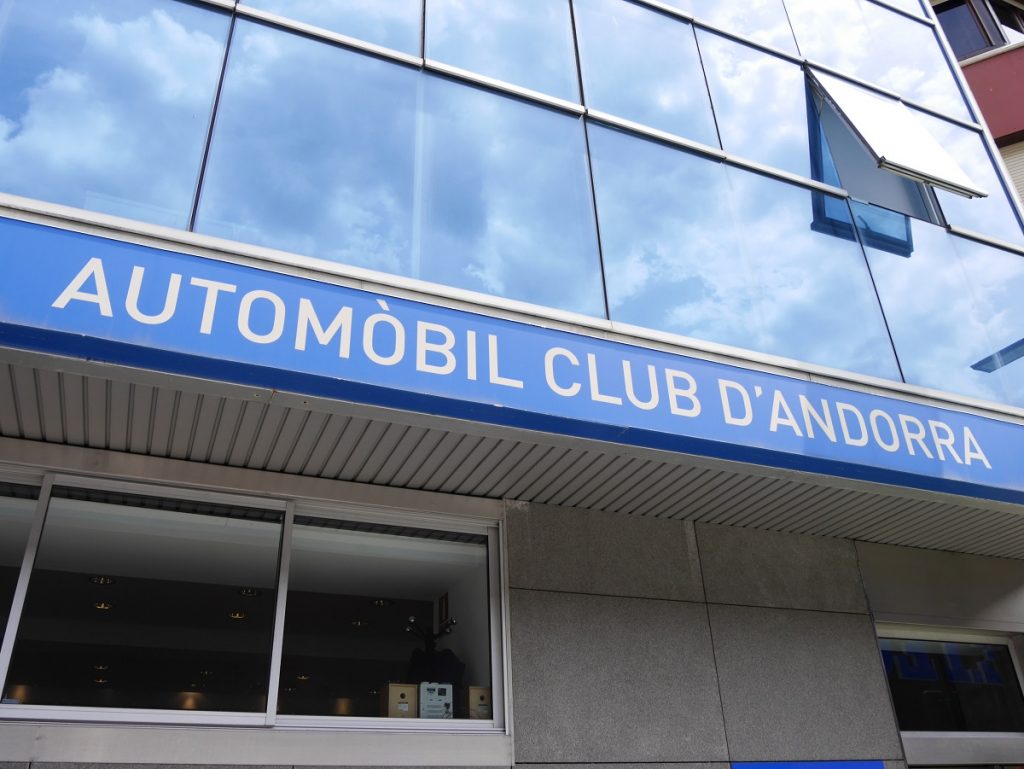 The number of traffic accidents caused by the effects of alcohol or drugs have increased by 20 from 2016 to last year. The number went from 68 to 88, according to the sixth IMACA (Informe de Mobilitat del Automobil Club Andorra) report published every year by the Automobile Club of Andorra (ACA). Enric Pujal, president of the ACA, regrets that there is not enough awareness about the effects of alcohol at the wheel. Of the 88 accidents registered, 20 resulted in casualties.

The study, which was presented yesterday morning at the headquarters of the entity, points out that most drivers involved in these accidents are between 40 and 50 years old. Enric Pujal said the it is not the young people who cause the accidents, unlike what is usually thought. He also defended the group age of 18 to 21 there have caused less accidents on the road.

Antoni Sasplugas, general secretary of the ACA, said that the younger generations are more aware that they cannot drive under the effects of alcohol. But the age bracket between 30 and 40 years old registers the highest number of accidents. In 2017 a total of 448 drivers tested positive. In 2016, only 258 people tested positive.

Of the 524 road accidents registered during last year, three caused four casualties. In all three cases, motorcyclists were involved. The objective of the ACA is to achieve the zero-accident rate achieved in 2016. The entity wants to focus on motorbike riders and, launch before the summer, an awareness campaign. A course for motorcycle riders who want know in depth, road safety and prevention. However, specific actions may vary depending on the Mobility Plan that must be approved shortly.

The text, awarded in June last year, will include an analysis of the mobility of the country and set conditions to make it more sustainable. According to the IMACA’s report, the actions of the plan should be applied starting in September. Among other purposes, the study advocates for the use of bicycle through bike lanes. With the changes that the Government is adding to the Circulation Code (Traffic Law), cyclists will be allowed to circulate in parallel in order to have more visibility and it stipulates that the safety distance between bikes and vehicles is one and a half meters. It will also be compulsory to carry helmets and cyclists will be allowed to travel in groups.

The ACA wants to put an end to the trend that for years has placed Andorra as one of the most motorized countries in the world. In 2015, there were 1,20 vehicles per person over 16 years old, and in 2017, the figure grew at 1,24. One of the causes of this high percentage arise from the lack of habit for the use of public transport and a network that is not entirely effective. The study emphasizes that there is a lot of work to be done to implement the bicycle as an alternative means of transportation.

The number of electric cars enrolled, however, has increased since 2013. Five years ago, there were only five cars, now they are 93 more. The points of sale for electric cars have also risen from 4 to 27. As for the charging points, in 2013 there were nine, and last year there were already 27. The rise in non-polluting vehicles is also understandable as the result of the Engega Pla (the Government help in acquiring an electric car or put to scrap an old car), which was granted to more than 245 in 2017 for the purchase of efficient vehicles and the scrapping of vehicles.

The ACA detected in 2015, 25 conflicting points or sections on the network of roads of the country from which the entity is unable to say how many are still a problem. To know the evolution of these dangerous areas in the last three years, the automobile club should do a study that, as the president Enric Pujal put it yesterday, he does not have any plan to dig further. However, the president said that they have not stopped looking for the conflicting points of accidents, but they are sure that vehicles and roads have improved and are improving in the meantime. The work to be done is still about the drivers, riders.

Thus, according to the ACA, bad driving is the main cause of the existence of the sections of concentrated points of accidents. The report argues that in the 2014 study, it was reported that human behavior at the wheel was as influential as any other important aspect in reducing road accidents. Among these actions are high alcohol rates, improper overtaking, lack of respect for signals and, above all, excessive speed and distractions at the wheel. Antoni Sasplugas, general secretary of the ACA pointed out that these last 2 are considered, according to WHO (World Health Organization), the main causes of traffic accidents, here in Andorra like in the rest of the world.

The fact that accidents are concentrated in specific areas is, therefore, the driver’s fault. The statement caused some confusion among the public. It is difficult to understand why human behavior is the number one cause of accidents when there are not registered equally throughout the country, but only on certain black conflicting points.

Of the four fatal accidents from last year, two were registered at the same point, at CG3 (Carreterra General 3), from La Massana to Ordino. The Government decided to eliminate the overtaking lane that was in the conflicting stretch.

Casualties from the two accidents were different, but the decision was made to eliminate the lane where the accidents occurred with the same scenario. But it was already considered a conflicting section detected by the Police and ratified by the two Comuns and detailed in the IMACA report published yesterday morning. In this way, the stretch remained with a 2 ways lane of ascending to Ordino and descending to la Massana.

The objective of the ACA in 2019 is to achieve zero accident rate.