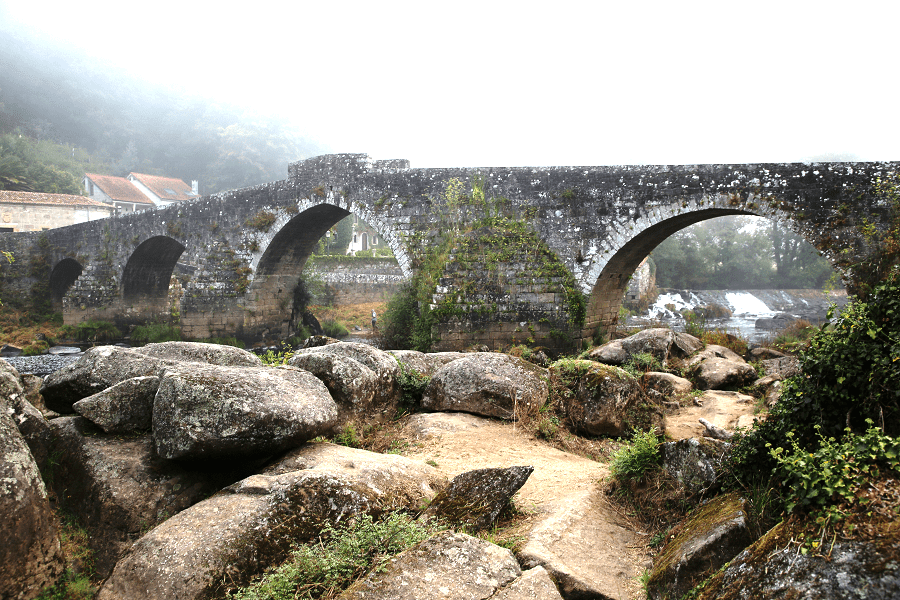 Pontemaceira (in Galician and officially, A Ponte Maceira) is a town that is located in the parish of Portor, in the eastern part of the Negreira, province of La Coruña, Galicia, Spain. 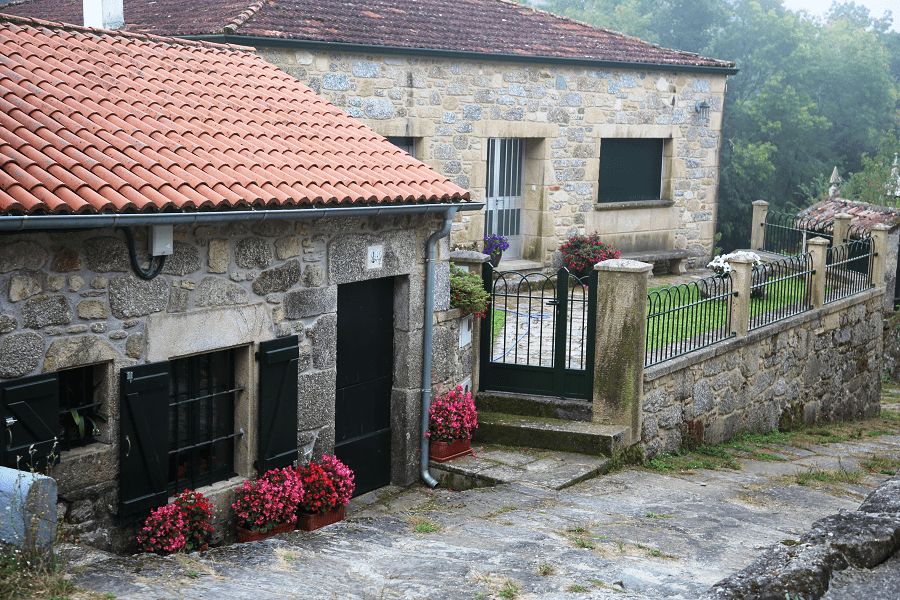 In religious architecture, the Romanesque church of Santa Maria de Portor stands out, it is one of the most complete in the entire region of La Barcala. 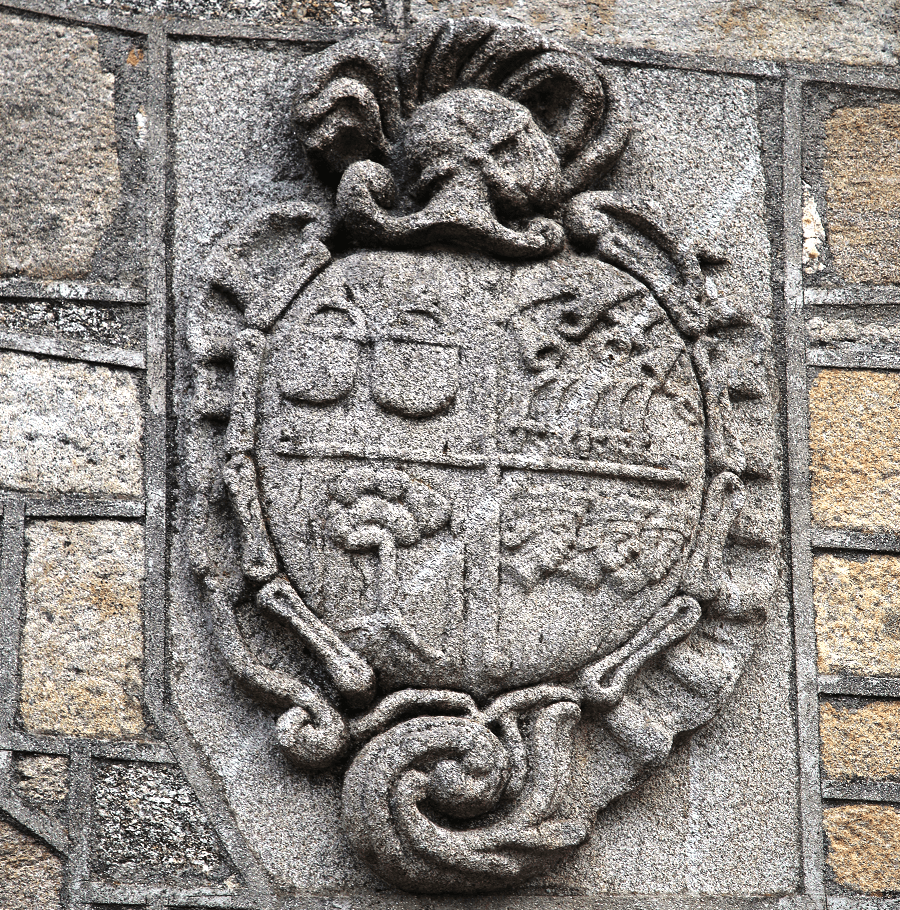 Its façade and tower are dated from the 17th century. Formed by three pairs of semi-columns and within them, a nave divided into four sections, blind arches, historiated capitals, a side portal and an apsidal acrotera. 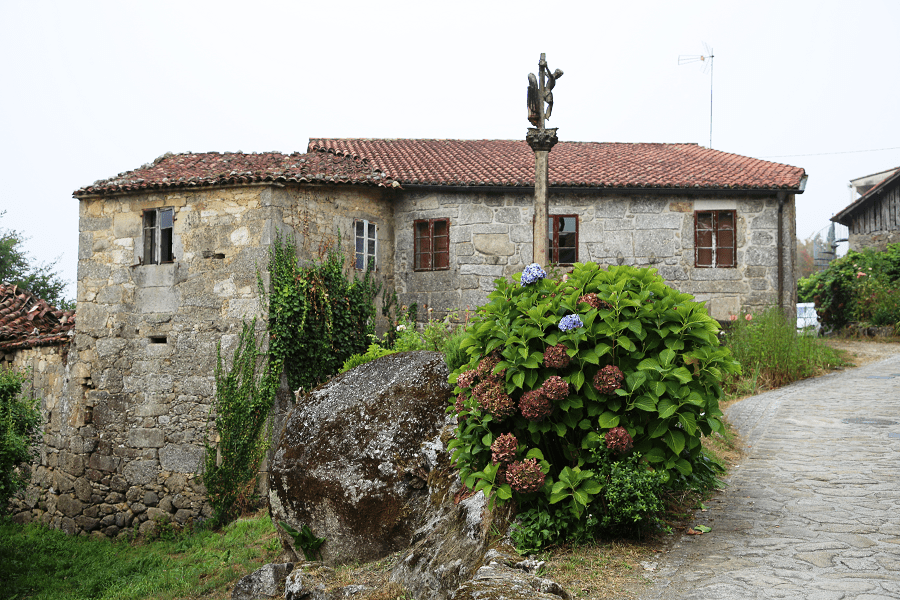 The church of Santa Maria de Portor is still a priory of the “bieitos” monks, dependent on San Martín Pinario (Santiago de Compostela). 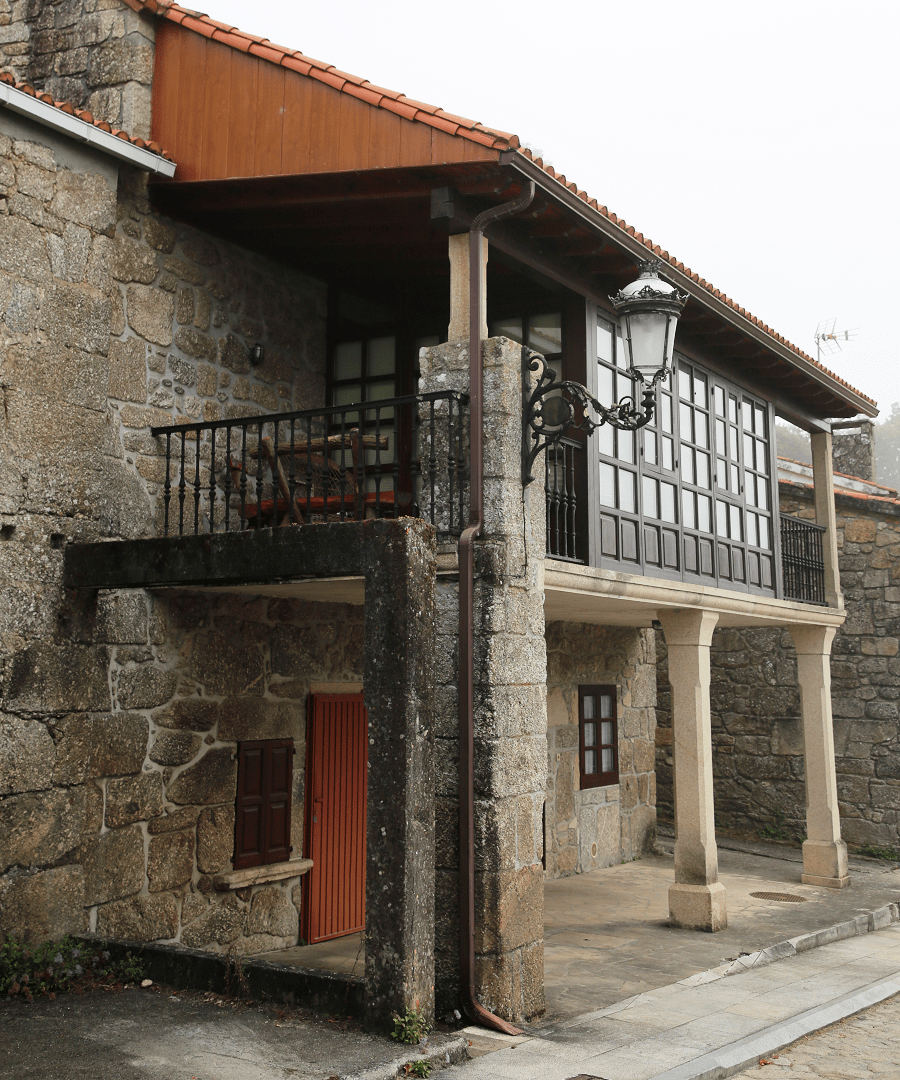 Pontemaceira bridge was built right at the entrance of this town on the Tambre river in the 12th century, taking advantage of the pillars of a previous Roman bridge. 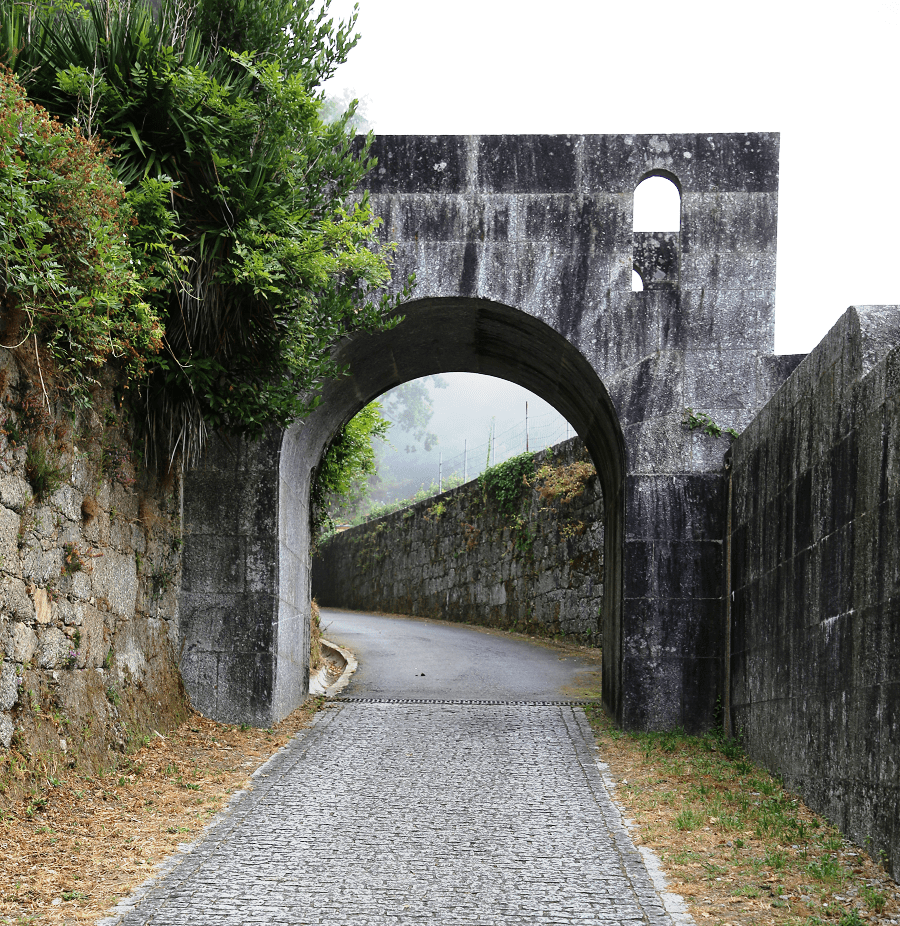 It consists of five main ashlar arches and two spillways at the entrances. The main ones have a variable light -from six to ten meters-, with a fabulous pointed vault in the central arch of the bridge. 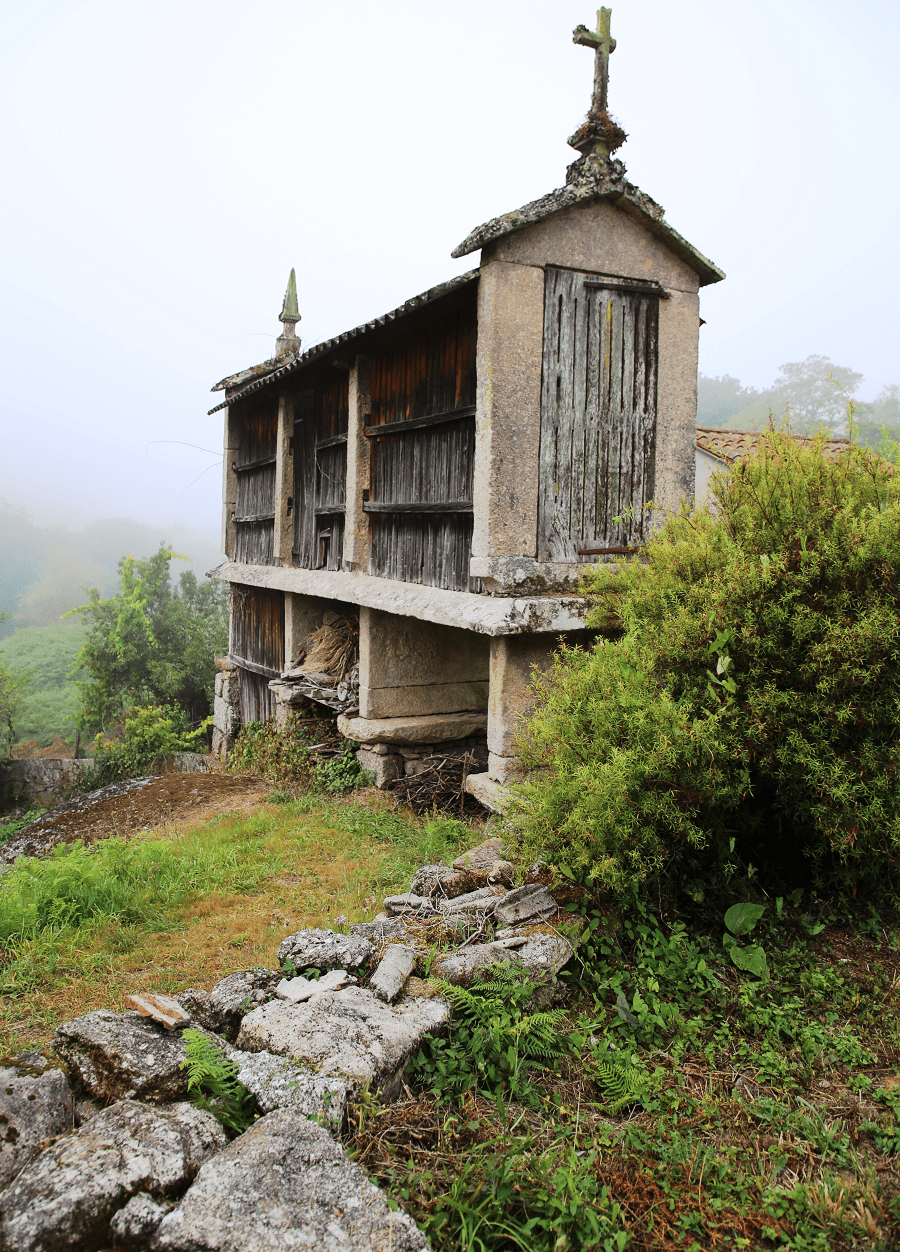 The great stability of the complex during its long years of service is due to the foundation of part of the pillars on the bedrock. 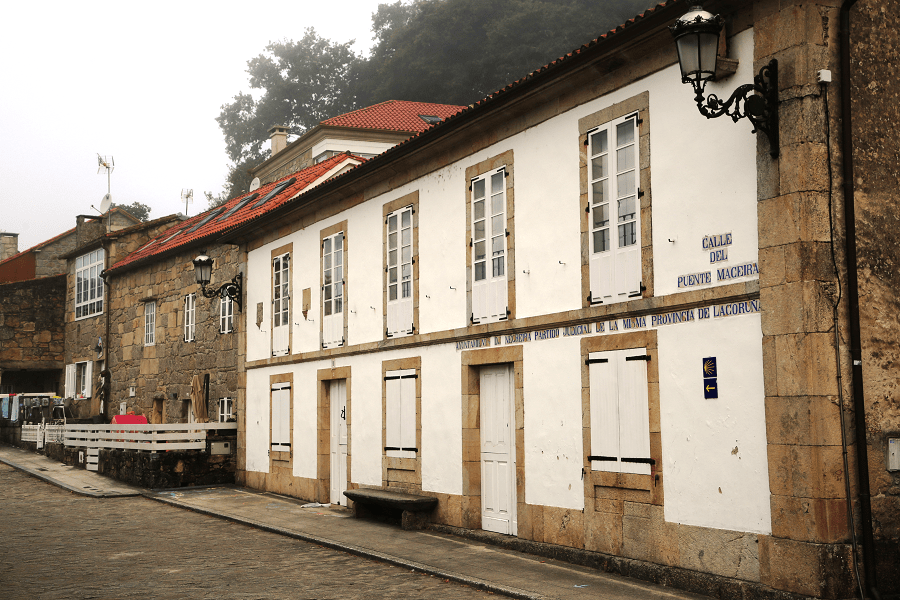 Just 17 kilometers from Santiago de Compostela, it is a must for pilgrims who make the way from Santiago to Finisterre. Like almost all historical monuments, the Pontemaceira bridge has a fantastic legend associated with it. 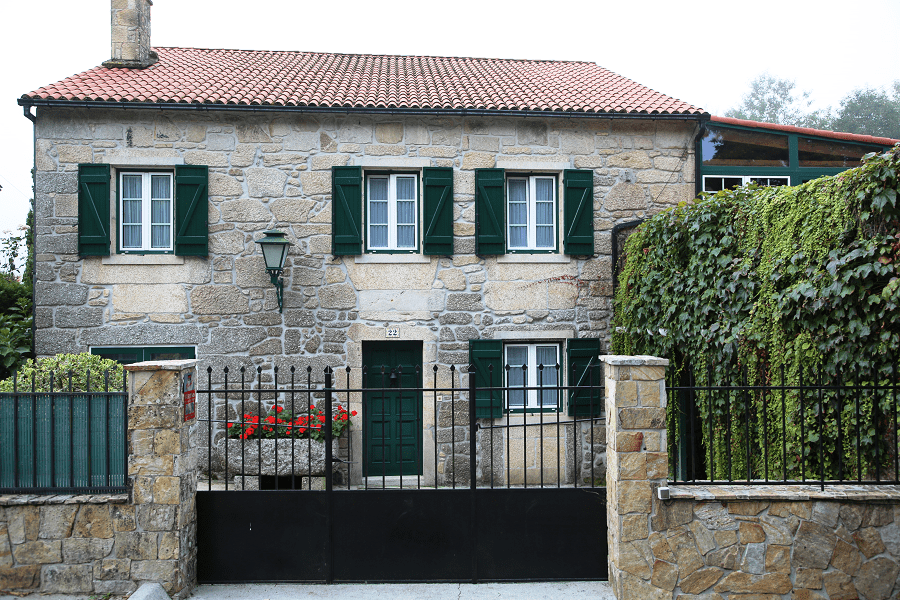 The small hermitage of San Brais, also known as the Capilla del Carmen, or the Chapel of San Blas, was built in the 18th century and later (in the 19th century) a semi-circular neo-Romanesque apse was recently added. 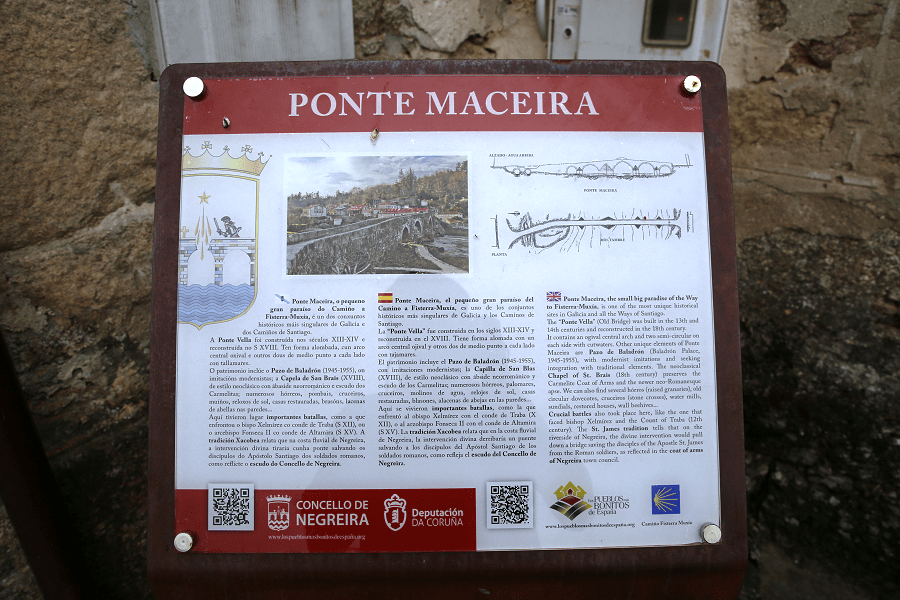 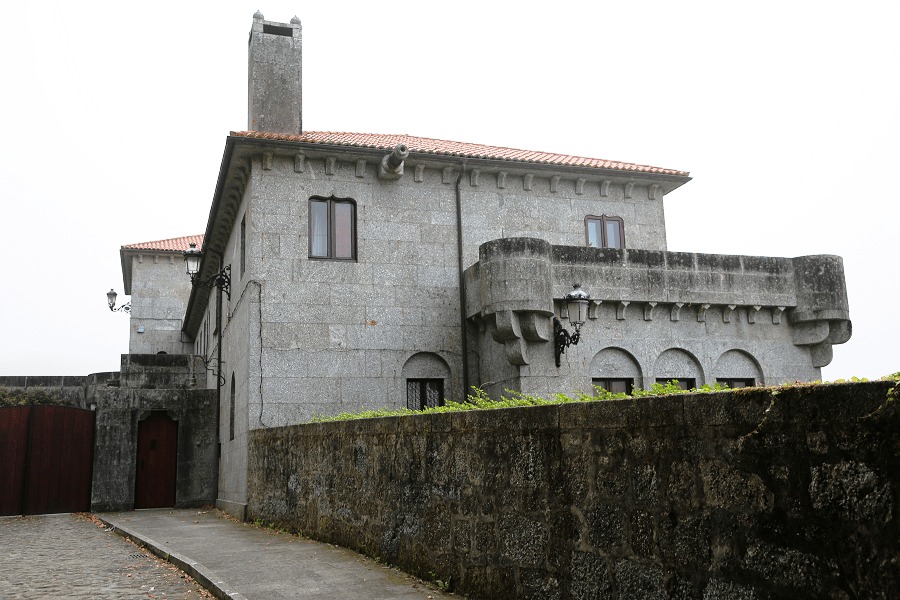 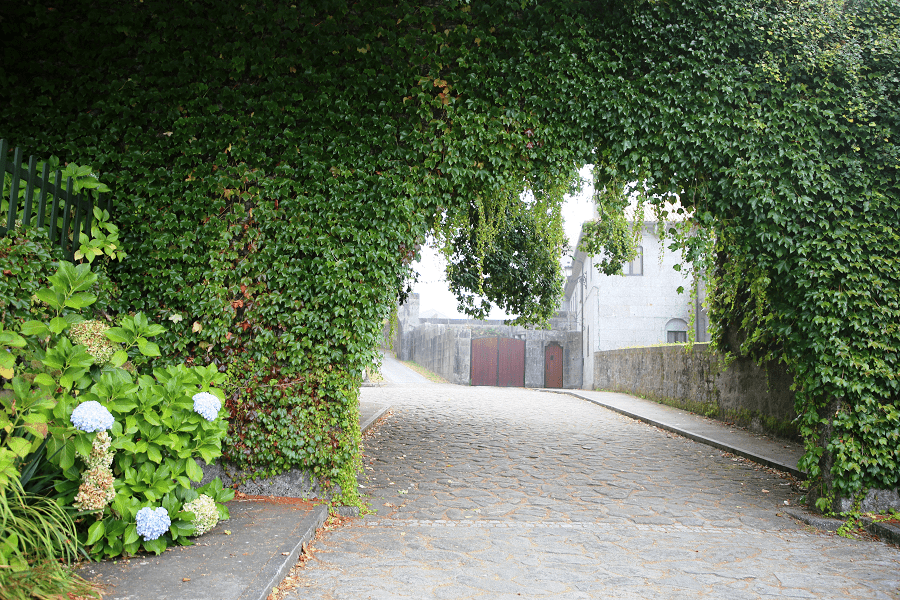 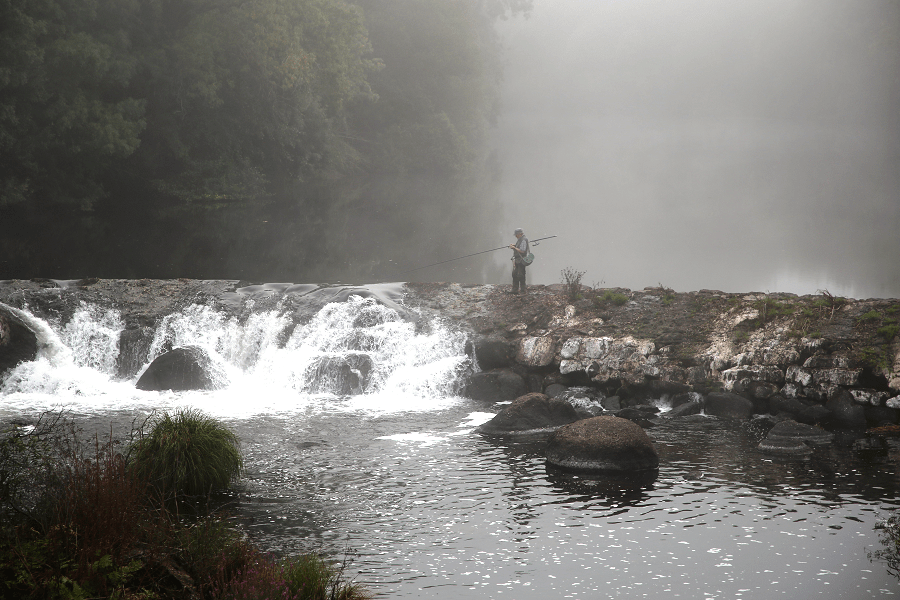 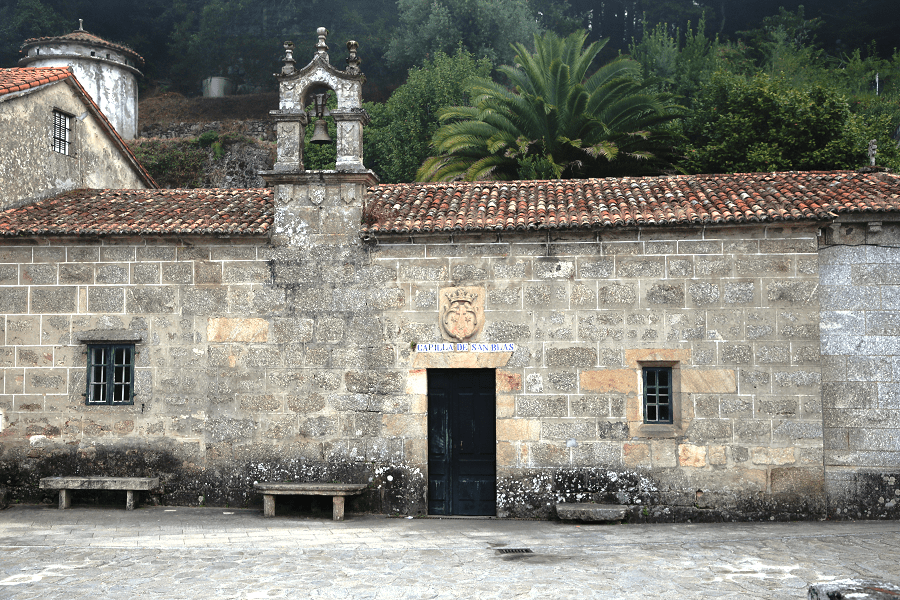