A colourful Parade of Andorra will take place Saturday, 18th May • ALL ANDORRA 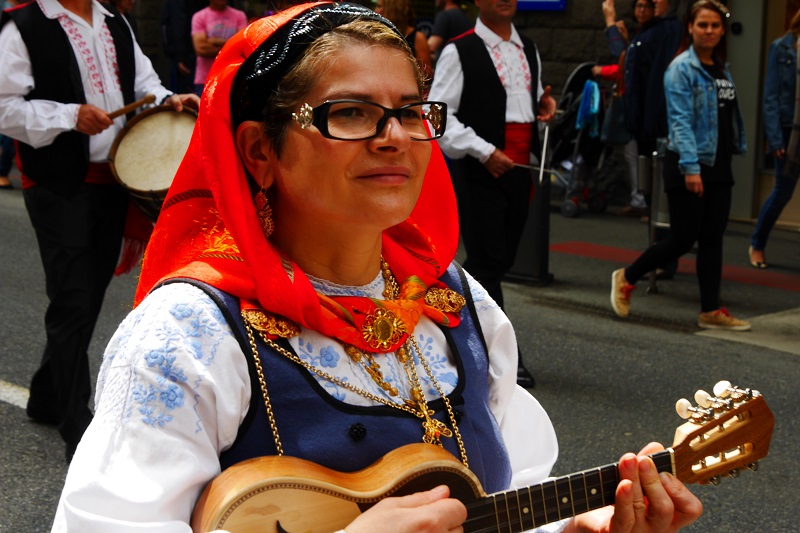 At 11.30h A colourful Parade through the streets starting from the Plaça de la Rotonda up Av de Meritxell to Plaça Guillemó. Led by the parish’s two celebrated, swirling ‘Giants’: Charlemagne and Ermessenda of the Gresca Gegantera, some twenty of the parish’s associations will process through the streets, dressed, where appropriate, in their national costumes, carrying their associations’ embroidered banners or country’s flag.

At 12h. Form part of La pinya (the human base to a human castle) with the Castellers d’Andorra. Participate and feel the sensations of being in the pinya and help to create the castle. You never know, maybe we’ll awaken the ‘castle’ inside you … Grallers, (players of the strident, Catalan woodwind instrument gralla), tabalers (drummers) and enxanetes (the amazing small children who climb right to the top of the castles to raise a hand thus completing the construction. All that is left is for everyone to come down again safely.

13h. A taste of our own culture. The children’s and youths’ section of the folkdance group, l’Esbart Dansaire d’Andorra la Vella will perform various dances from their repertory such as the Ball de pedretes and of the Sant Ferriol.

From 15h and during all the afternoon: 7 Doors to Humanity with the Red Cross to raise awareness among the participants of the 7 basic principles that govern the International Red Cross.

15h Grup de folklore Casa de Portugal. Immerse yourself in traditional culture with the lively songs and dances from the north of Portugal.

15.30h Traditional dances of Peru. Demonstration of the dance, la Valicha, a cheerful dance typical of the Andes and the dance Marinera, danced in pairs and where the waved handkerchief is a characteristic element performed by the Associació de residents peruans al Principat d’Andorra .

15.45h Traditional dance, Gopak. Get to know the Gopak, a typical dance of the Ukraine performed by the Associació d’ucraïnesos d’Andorra.

16.45h We invite all boys and girls to come and break the typical Mexican pinyatas! We will cover your eyes and, with a stick, you will have to hit the pineapple until it breaks – and spills out all its sweets. Associació mexicans a Andorra MEXAND

17h Children’s Spectacular. A free show by the Children’s Theatre Season. Come and enjoy a show full of songs, dances and musical games.

18.15h Traditional Filipino dances. Get to know the Filipino dance, the Rigodon. A dance in pairs with one person as the leader. This person marks the changes, creating different figures and evolutions. Associació de residents filipins a Andorra.

19h In the lobby of La Llacuna: The Concert de la Diversitat. Once again the Orfeó Andorrà will close the celebrations for the Week of Cultural Diversity with a concert singing songs from all over the world.