Raketenwerfer 43 was given to infantry to bolster their anti-tank capability. The weapon was fired from a small two-wheeled gun carriage which fired a percussion-primed, rocket-propelled, fin-stabilized grenade RPzB. Gr. 4312 with a shaped charge warhead. The grenade had a shorter tailboom of 490 mm (19 in) compared to the 650 mm (26 in) tailboom for the electrically-primed grenade RPzB. Gr. 4322 for the Panzerschreck. Both grenades used identical warhead and fuzing. 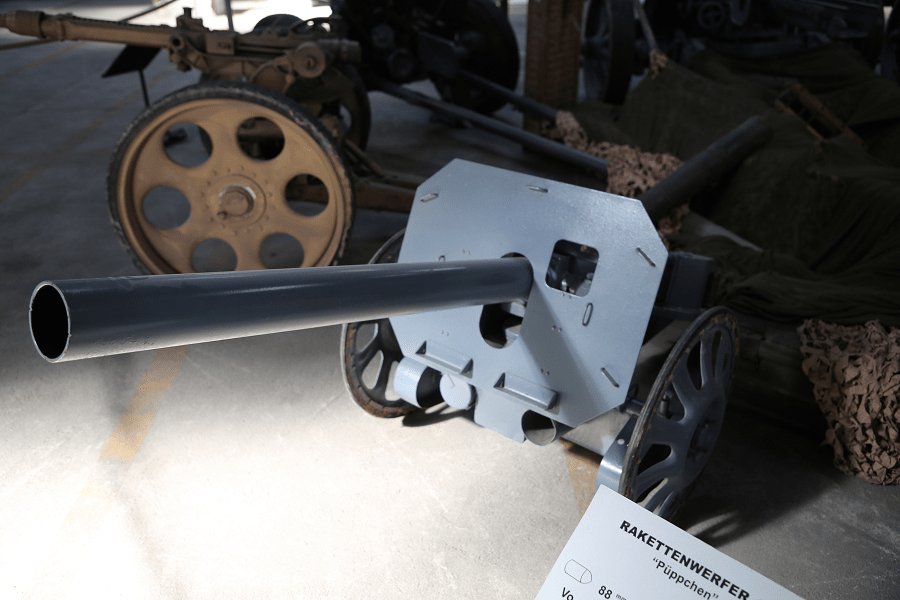 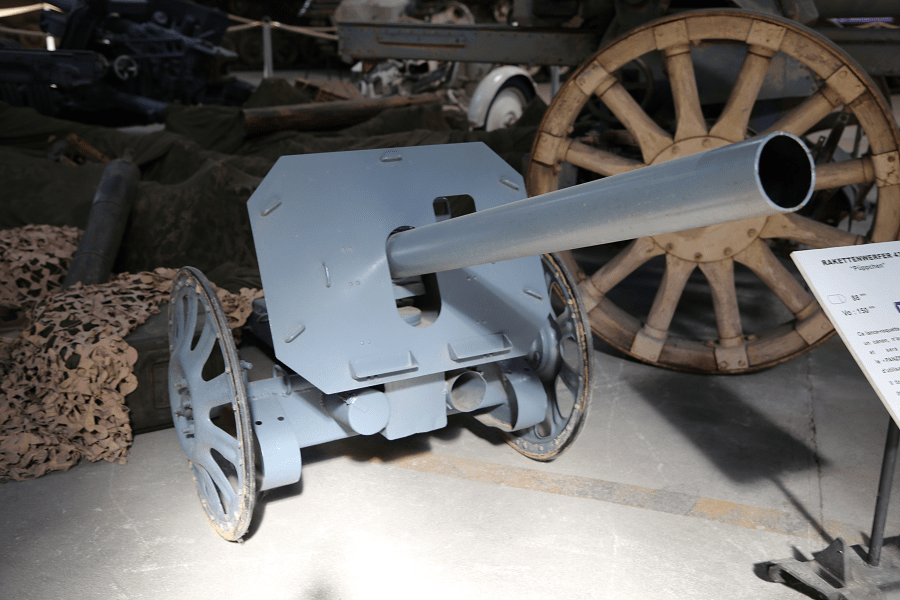