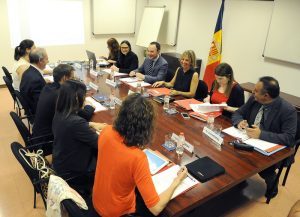 The National Commission for the Prevention of Gender Violence of Andorra during its meeting decided to establish a 24-hour call center help desk. 24 hours service contact number – 181 – wll be available since 1st July 1 (until July the service hours – from 8 am to 5 pm).

The Minister of Justice, Social and Internal Affairs of Andorra, Xavier Espot, explained that “the innovation will allow victims to get assistance in the evening and night without need to call police, as it was before”.

The creation of the serice also gives a possibility to have a free lawyer when submitting a case to the court.

At the same time, the minister noted that the number of crimes motivated by gender violence in the principality remains stable.