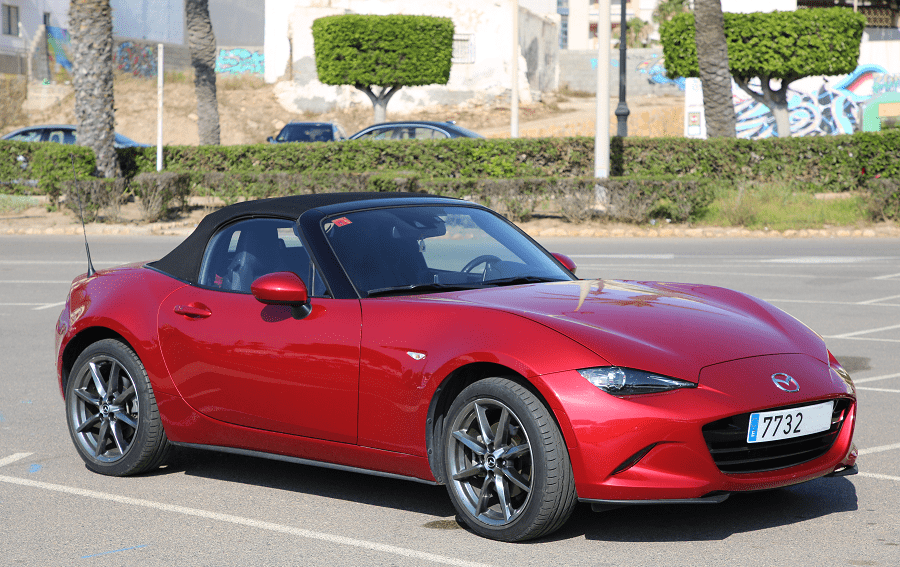 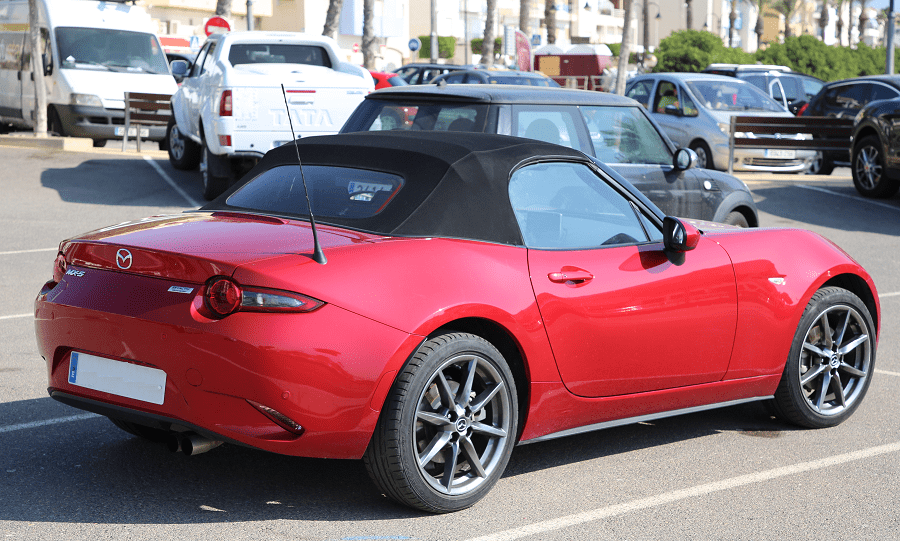 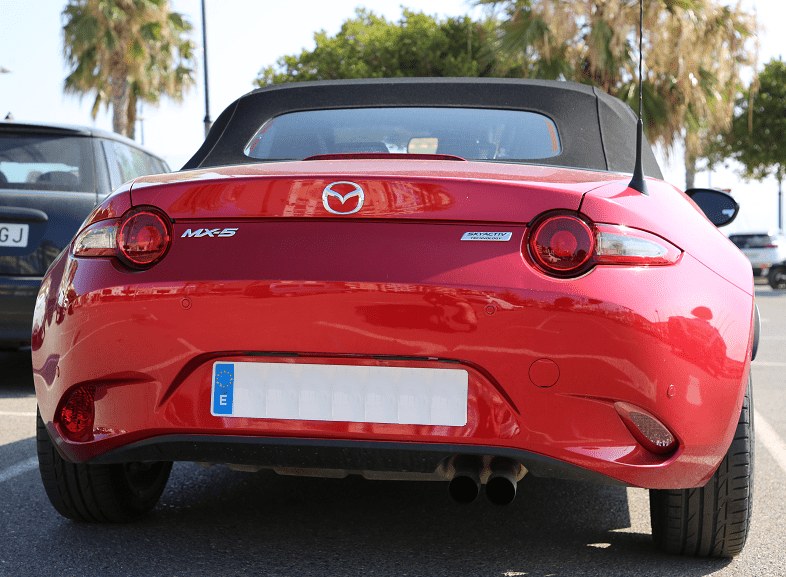 The fourth and current generation Mazda MX-5 (ND) was unveiled in 2014 and has been in production since 2015. An updated model was introduced in 2018 and is visually identical to the pre-update model; it has been designated as series “ND2” due to an engine upgrade to 135 kW (181 hp) and several other improvements around the car. The ND generation introduced a Retractable Fastback (RF) variant that features a rigid roof and buttresses that give the silhouette a more coupé-like appearance than the soft top convertible. In addition, the car is the basis for the Fiat 124 Spider and Abarth 124 Spider.