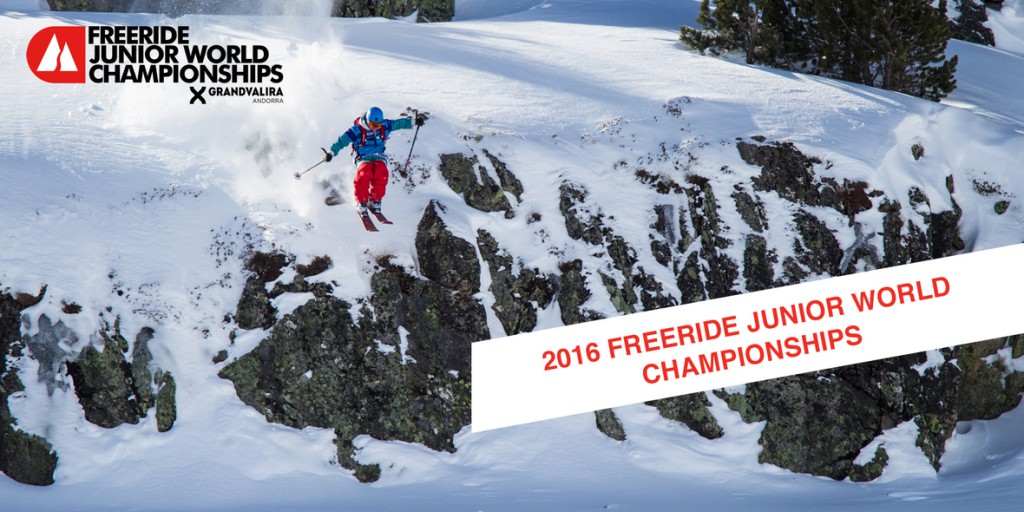 After an incredibly successful inaugural European event in 2015 – hosted among the towering peaks of the Grandvalira ski resort tucked between Spain and France – the premier event in Juniors’ freeride is back for its 2016 edition. With such a unique playground of natural terrain features, the athletes representing fifteen countries will have ample opportunity to make this year’s competition one to remember.

As an invitation-only event, the crème-de-la-crème of the most talented riders in junior freeride will receive the honor of being able to contend for the prestigious title of FJWC World Champion. A grand total of sixty male and female skiers and snowboarders are confirmed for the event based on their competition results from the previous season. This year’s incarnation of the event will feature nearly all the same technical capabilities that the legendary Freeride World Tour has to offer: live webcasts, TV production crews, and a renowned media and event staff.

The world champions from 2015 are back this year to defend their titles with decorated junior skier Arthur Raskin (FRA) summing up last year’s experience appropriately: “It’s crazy; riders came from all over the world and everyone had a chance at the title. The whole experience was a bit surreal – sitting at the start gate next to the helicopter, realizing that the transmission was live and my friends were watching me that very instant!” Also back this year is IFSA overall junior snowboard champion Dylan Zellers (USA) whose full-throttle performance last year placed him on top of the podium. Jazmine Erta (ITA) will be representing the ever-expanding Italian snowboard freeride tribe as she tries to repeat her 2015 victory.

With riders hailing from all over the world, the support structure to manage the exploding popularity of the sport of freeride is managed by two governing bodies: the Freeride Junior Tour (Europe, Asia, Oceania), and the International Freeskiers and Snowboarders Association (USA, Canada, South America). These organizations provide the infrastructure supporting the private coaching clubs advancing these promising young riders’ skills and also emphasize the critical role of safety, prevention, and decision making in mountain environments.

The sport of freeriding is here to stay and the current wave of talented up-and-coming athletes raised on the development programs of the Freeride Junior Tour and the FJWC are the finest examples of how grassroots programs are continuing to nourish a generation of athletes from a very young age. Each year these young freeriders raise the bar higher and this year will be no exception.