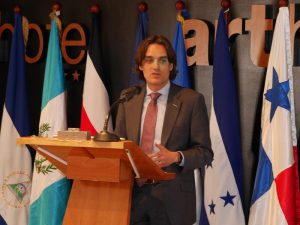 In 2016 Andorra attracted more than 97 million euro of foreign investments, reported State Secretary of the Andorran government on issues of economic development, Josep Maria Missé, speaking today at the First Business Forum with the participation of representatives of Central America and Andorra. He also noted that the volume of direct foreign investments since 2012 and 2015 amounted to 3.8% of the GDP of the principality.

The forum was attended by representatives of the Government of Andorra, the Chamber of Commerce and Industry of the Principality, ambassadors, ministers and representatives of the diplomatic corps of Costa Rica, Guatemala, El Salvador, Honduras, Nicaragua and Panama. The aim of the event is to establish business contacts in order to develop a joint business. Within the framework of the forum, more than 30 individual meetings took place between businessmen, companies and representatives of Central American countries.

Speaking at the forum, the Minister of Foreign Affairs of Andorra, Gilbert Saboya stressed the existing friendly relations between the countries participating in the forum and noted good prospects for the development of business relations.

Look here for the full business guide in Andorra