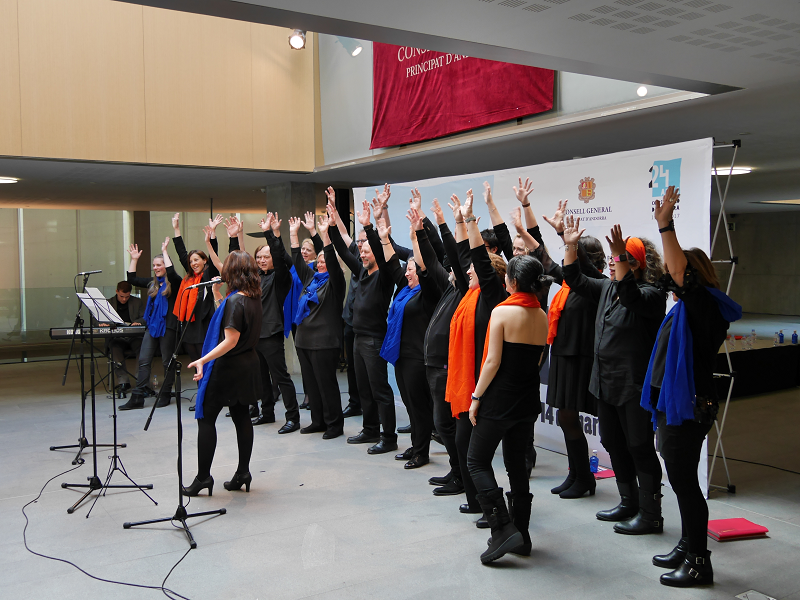 On 14th March the foyer of the General Council of Andorra became a place for performances in honor of the celebration of the 24th anniversary of the Constitution Day of the Principality. The perfomances by the choir of Andorra (Gospel Cor), the national dance of Sardanes, and the concert of the Orquestra Nacional Clàssica d’Andorra (ONCA) took place during the day. The concert program included 17 famous musical compositions, including music for the films Indiana Jones, Agent 007, Star Wars, War of the Worlds.

Everybody could visit the historic building of the Andorran Parliament Casa de la Vall and the modern General Council building, including the meeting room, for free.

In the evening, a solemn reception was held in the General Council building, in which representatives of the diplomatic corps of countries with traditional friendly relations with Andorra took part.