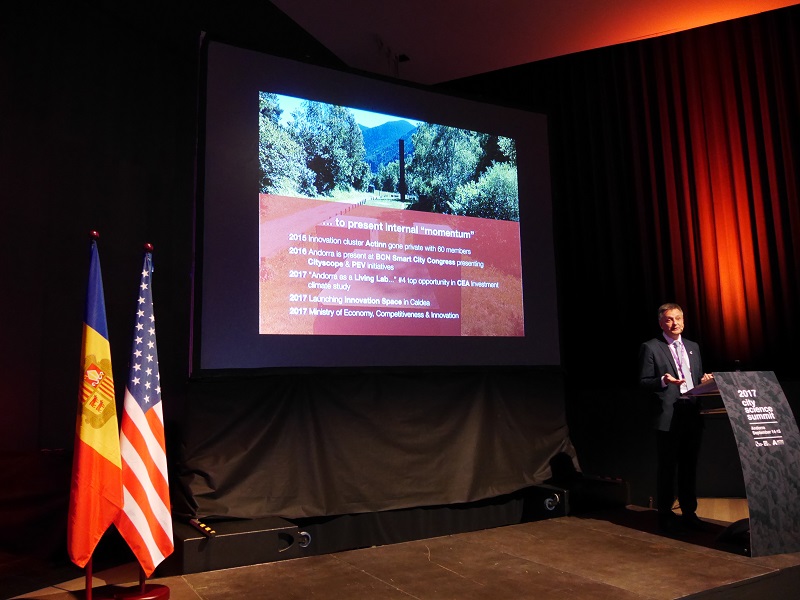 On 14th and 15th September Andorra held the first scientific summit “City Science Summit”, organized jointly with the Massachusetts Institute of Technology (MIT). Speaking at the opening of the event, the Minister of Economy, Competitiveness and Innovation of Andorra, Gilbert Saboya, said that Andorra is actively working to change the image of the country of shopping and tourism in favor of the country’s image of innovation and new technologies.

Consul General of the USA in Barcelona Marcos Mandojana noted that between the USA and Andorra there were “excellent business relations” that will help to jointly develop innovative projects to improve life in cities. Due to the fact that Andorra does not have its own airport and railway station, it is a question of creating a more developed bus infrastructure and parking system, as well as rental of electric vehicles and electric bicycles.

Kent Larson, director of the research group of the MTI Media Laboratory, in his turn, explained that the purpose of the event is to create a platform for the exchange of opinions and ideas. “Andorra is a small country that allows you to speak directly to ministers without unnecessary obstacles,” he said. He also added that “such summits will take place twice a year, but in different cities.

The summit was attended by about 300 people from cities such as Boston, San Francisco, Shanghai, Taipei, Tokyo, Milan, Helsinki, and Hamburg.